for language throughout, some war violence, sexual content, and brief drug use. 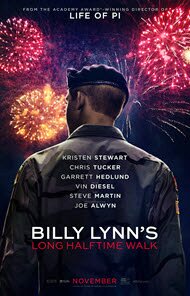 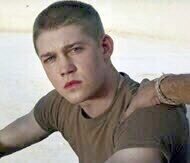 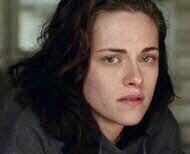 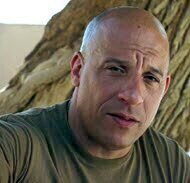 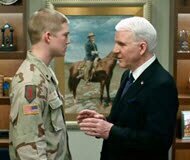 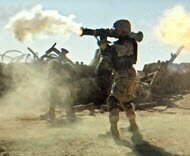 the commercialization of war

Billy Lynn (newcomer Joe Alwyn) is a young soldier from Texas whose heroic actions on the battlefield are caught on camera and then replayed constantly for eager American audiences wanting good news. The positive attention has led the army to send Billy’s Bravo Company of eight soldiers home for war promotion. Most of what we see takes place during an NFL football game in which the soldiers must perform at the halftime show. All the hoopla and pyrotechnics remind the soldiers of battle, and Billy keeps having flashbacks to his time overseas.

He quickly falls in love with a cheerleader, Faison (Makenzie Phillips), who asks if he’s a Christian before they make out. Billy is pressured by his sister, Katherine (Kristen Stewart), not to return for more battle, due to Post-Traumatic Stress Syndrome. The owner of the football team (Steve Martin) hopes to exploit Bravo Company by buying the movie rights to their story, cheaply. That’s most of the plot.

The movie asks its audience to step into the shoes of a soldier who suffered during war and now must live up to an ideal soldier-image who can inspire American consumers. The entertainment these soldiers are ordered to provide is ridiculous, and I found it hard to believe what I was seeing. For instance, if you were directing a nationally-televised halftime show, would you really wait until after the game started to surprise soldiers with last-minute instructions about switching uniforms, careful choreography, and Beyoncé? I found it odd that the soldiers somehow executed these new instructions perfectly.

I didn’t enjoy constantly averting my eyes from the body display of the one self-identified Christian character, Faison, and then seeing Billy’s vivid sexual fantasy during the “Star-Spangled Banner,” which I believe crossed a line into pornography.

My problem with the movie wasn’t primarily the sexual content nor the constant swearing and war violence. It was just hard to stay interested enough to care about what was happening, because none of the soldiers change significantly, nor do they desire anything besides money from a movie contract. Billy is shown to be full of virtue, but his actions in battle honestly didn’t seem so heroic—maybe I’m guilty of comparing him to the real-life Desmond Doss from “Hacksaw Ridge,” which recently showed another “innocent” affected by war.

If the filmmakers were aiming to satirize Americans’ fascination with war and its soldiers, I didn’t find it funny—mostly just sickening. If we’re meant to pity the soldiers for being used like pawns in a capitalist system that feeds on war, that message does come through strongly, yet the movie also wants you to admire them for their commitment and love for each other. One of their commanders, Breem (Vin Diesel) preaches a Hindu code of honor to the troops, letting them know that if their deaths have been preordained in the war, then, “The gun has already been fired.” In other words, there’s nothing they can do about it either way, so remain calm.

This movie was filmed using a new camera to enhance the visuals (120 frames-per-second, while normal movies are about 24 frames-per-second). Because most theaters aren’t equipped with the appropriate projectors, however, it’s going to be very difficult to see it in this new format, so it’s impossible for me to judge its qualities. Perhaps the director knew that he had a thin story on his hands, so a gimmick was needed to increase audience interest. I wasn’t moved by the story of Billy Lynn’s wartime interactions with Americans, so I can’t recommend it to paying customers seeking to enjoy a movie.

Movie Critics
…The dizzying societal critique of the novel is somewhat diminished by the tacky environs of the film… Castelli's shallow mode of adaptation, which blunts the impact of every supporting character in an effort to squeeze them all into a two-hour film… [2½/4]

David Rooney, The Hollywood Reporter
…a misfiring folly… a jarring mismatch between source material and film-maker… It’s a curious, often lifeless film that has something to say and at times, almost makes a point or two, but too often it meanders awkwardly… [2/5]