What is the Christian perspective on war? 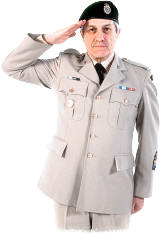 There are two dominant positions on war that conscientious Christians have embraced throughout Christian history. There are variations on each, but, for the sake of brevity, this answer will focus on the two main views and explain them in general terms: Pacifism versus Just War Theory.

Definition: A pacifist is someone who believes that under no circumstances is war justified.

This position has a long history in America and as well as throughout the Church. It dominated Christianity during the Church’s first 300 years. Early Christians perceived two roadblocks that prohibited a devout believer from joining the military, voluntarily or involuntarily.

Here is a sample of what some early Church Fathers said about joining the military:

Justin, who was martyred for his faith, wrote:

“We refrain from making war on our enemies, and [we] cannot bear to see a man killed, even if killed justly.”

Clement of Alexandria wrote in 217 A.D.:

“He who holds the sword must cast it away and that if one of the faithful becomes a soldier, he must be rejected by the Church, for he has scorned God.”

Tertullian, in the early third century A.D. makes this statement:

“For even if soldiers came to John and received advice on how to act, and even if a centurion became a believer, the Lord, in subsequently disarming Peter, disarmed every soldier” (Treatise on Idolatry 19; Ante-nicene Fathers 3:73).

Tertullian is referring to the incident where Peter attempted to defend Christ in the garden of gethsemane. Jesus halted him, forbidding him to take up the sword against those attackers. He tells Peter that he who lives by the sword will die by the sword. Tertullian and many Church fathers saw this as a model for all Christians—that none are given the right to pick up the sword.

In the Canon of Discipline, a third century document, it was said that Christian soldiers should not be taught to kill, and if they were, they must refuse to kill, even upon command by their officers. To do otherwise would bring Church discipline.

Here are the major elements of the strict pacifist viewpoint, based upon their interpretation of Scripture:

Objections to the pacifist interpretation of Scripture

Ever since Adam, the world has been in a war between good and evil. For this reason, the pacifist position is unrealistic. When taken to its logical conclusion, it would virtually do away with courts and police departments. It would ultimately lead to anarchy due to the nature of human hearts.

Pacifism is also unbiblical, because it does not take the whole counsel of Scripture. It does not separate a Christian’s private duties from his public duties, and the role of the State versus the role of the individual.

Just War Theory is the other dominant position held by many Christians. This position was first formulated by Augustine of Hippo and later refined by Thomas Aquinas. It is based on the following assumptions:

Within Just War Theory there is a seven-fold criteria. 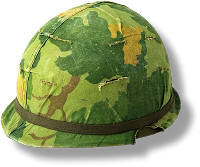 Based on my studies, a strict pacifist position is not only unreasonable, it is unbiblical. The presence of sin in the world means that is is sometimes regrettably necessary to use force in order to secure justice for the innocent and the helpless. However, when war is considered, its legitimacy must be carefully evaluated.

In doing so, Christians should remember that their ultimate allegiance is not to the State; it is to the commands of God. Unfortunately, history shows that individual Christians and churches have rarely stood up effectively against the State when the war is unjust. It is too easy for people to get caught up in patriotism. It is all too easy to buy into nationalistic interests. People are often so close to the situation that they cannot objectively judge the legitimacy of taking action against another nation. That failure was evident in Nazi Germany, where the Church became a lapdog to the State. Yes, there were those who stood against it in defiance, but most did not. The Church also failed in Constantine’s Rome.

Yes, there are times when war is just. We must be careful to step outside of nationalistic thinking and critique our nations so that we can be faithful to God, before our State, and then act according to our conscience.

Remember, God is sovereign. The nations rage, but God has established His King on Mount Zion. He has given Him an inheritance which is the whole world. And there will come a day when we will take our swords and craft them into plowshares. We will learn war no more. Come quickly Lord Jesus!

Copyright © 2003, Faith Church of the Valley, Chandler, Arizona. All Rights Reserved—except as noted on attached “Usage and Copyright” page that grants ChristianAnswers.Net users generous rights for putting this page to work in their homes, personal witnessing, churches and schools.