About…
Horses in the Bible

In the Scripture, horses are always referred to in connection with war or warlike operations, except in Isaiah 28:28 where horses are mentioned in relation to threshing grain for bread. 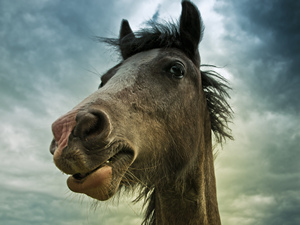 The war horse is vividly described by God in Job 39:19-25, where God humbles Job by describing numerous wondrous creatures He has made, including man’s often brave companion, the horse.

God: “Do you give the horse his might?
Do you clothe his neck with a mane?
Do you make him leap like the locust?
His majestic snorting is terrible.

He paws in the valley, and rejoices in his strength;
He goes out to meet the weapons.

He laughs at fear and is not dismayed;
And he does not turn back from the sword.

The quiver rattles against him,
The flashing spear and javelin.
With shaking and rage he races over the ground,
And he does not stand still at the voice of the trumpet.
As often as the trumpet sounds he says, ‘Aha!’
And he scents the battle from afar,
And the thunder of the captains and the war cry.” —Job 39:19-25 NASB 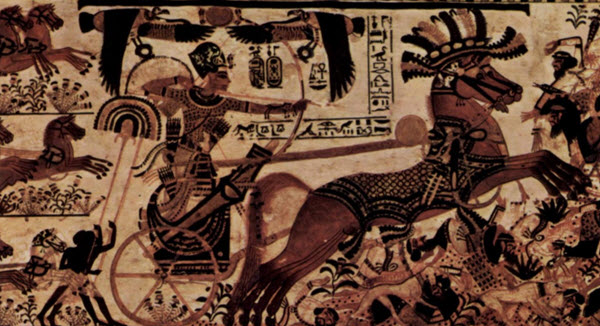 After their settlement in Canaan, God prohibited future leaders or kings of the Israelites from building war horse armies…

“Moreover, he shall not multiply horses for himself, nor shall he cause the people to return to Egypt to multiply horses, since the Lord has said to you, ‘You shall never again return that way.’” —Deuteronomy 17:16 NASB

“David defeated Hadadezer, the son of Rehob king of Zobah, as he went to restore his rule at the River [Euphrates].

David would likely require 100-200 or more horses for those chariots (1 to 2 horses per chariot, and perhaps some reserve horses to deal with fatigue and injury). The rest of the war horses he could have killed or perhaps sold. Rather, he took them out of play by crippling them, thus sparing their lives and making them permanently useless for battle, both to the Israelites and their enemies.