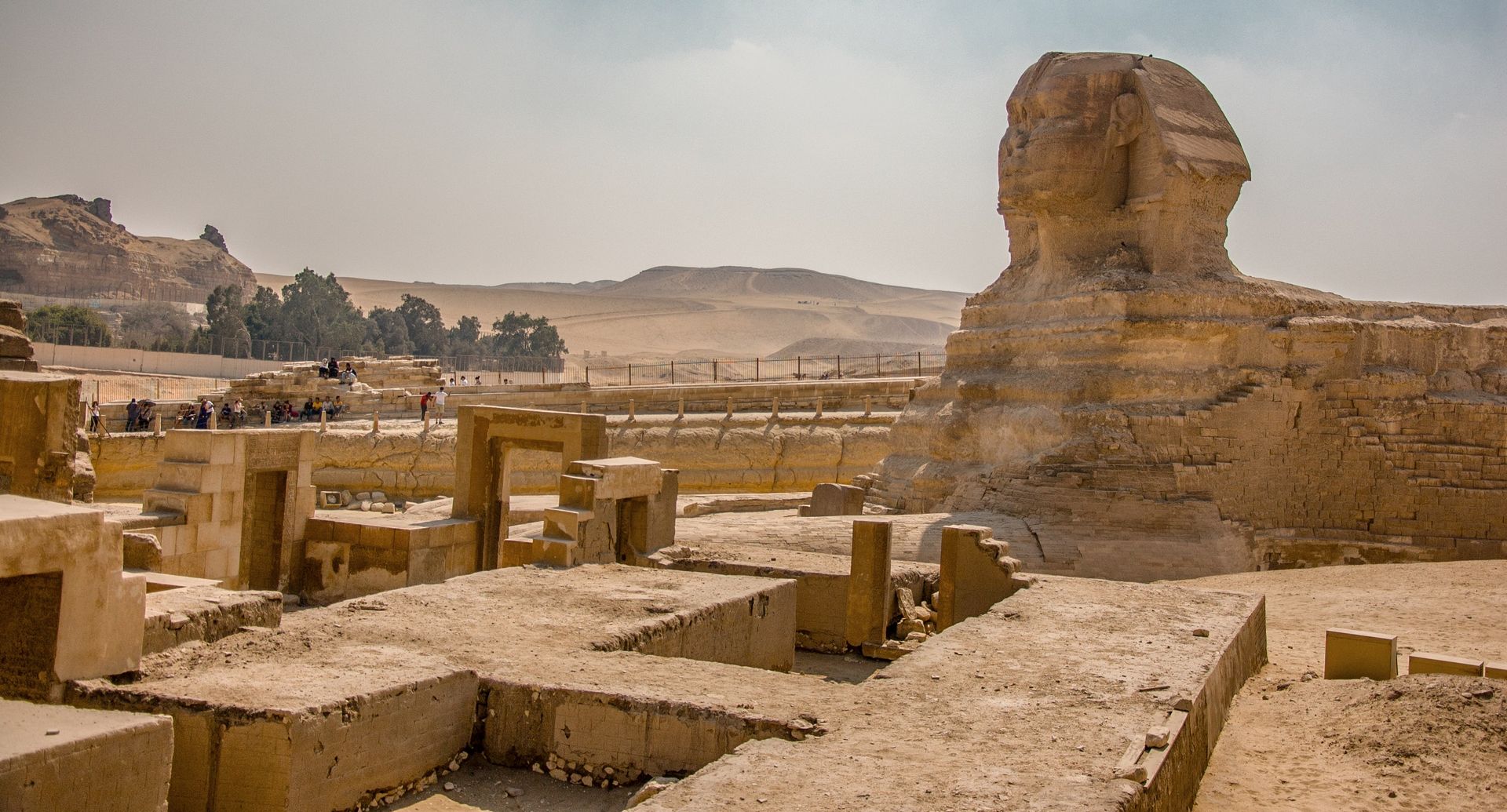 Egypt is the land of the Nile and the pyramids. It holds a place of great significance in Scripture.

Biblical people who lived in Egypt

A number of remarkable clay tablets were discovered at Tell-el-Amarna in Upper Egypt. They confirm the historical statements of the Book of Joshua, and prove the antiquity of civilization in Syria and Israel. As the clay in different parts of Israel differs, it has been found possible by the clay alone to decide where the tablets come from when the name of the writer is lost. The inscriptions are cuneiform, and in the Aramaic language, resembling Assyrian. The writers are Phoenicians, Amorites, and Philistines, but in no instance Hittites, though Hittites are mentioned.

The tablets consist of official dispatches and letters, dating from B.C. 1480, addressed to the two Pharaohs, Amenophis III and IV, the last of this dynasty, from the kings and governors of Phoenicia and Canaan. There occur the names of three kings killed by Joshua, Adoni-zedec, king of Jerusalem, Japhia, king of Lachish (Joshua 10:3), and Jabin, king of Hazor (11:1); also the Hebrews (Abiri) are said to have come from the desert. 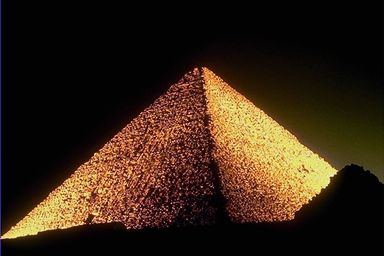 The principal prophecies of Scripture regarding Egypt:

It might be easily shown that they have all been remarkably fulfilled. For example, the singular disappearance of Noph (i.e., Memphis) is a fulfillment of Jeremiah 46:19, Ezek. 30:13.

Egypt consists geographically of two halves, the northern being the Delta, and the southern Upper Egypt, between Cairo and the First Cataract. In the Old Testament, Northern or Lower Egypt is called Mazor [matsowr—something hemming in], “the fortified land” (Isaiah 19:6; 37:25, which the King James Version translates as “defense” and “besieged places” and other versions translate as Egypt); while Southern or Upper Egypt is Pathros, the Egyptian Pa-to-Res, or “the land of the south” (Isaiah 11:11). But the whole country is generally mentioned under the dual name of Mizraim, “the two Mazors.”

The civilization of Egypt goes back to a very remote antiquity. The two kingdoms of the north and south were united by Menes, the founder of the first historical dynasty of kings. The first six dynasties constitute what is known as the Old Empire, which had its capital at Memphis, south of Cairo, called in the Old Testament Moph (translated as “Memphis” in Hos. 9:6) and Noph. The native name was Mennofer, “the good place.”

The Middle Empire was overthrown by the invasion of the Hyksos, or shepherd princes from Asia, who ruled over Egypt, more especially in the north, for several centuries, and of whom there were three dynasties of kings. They had their capital at Zoan or Tanis (now San), in the northeastern part of the Delta.

It was in the time of the Hyksos that Abraham, Jacob, and Joseph entered Egypt. The Hyksos were finally expelled about B.C. 1600, by the hereditary princes of Thebes, who founded the Eighteenth Dynasty, and carried the war into Asia. Canaan and Syria were subdued, as well as Cyprus, and the boundaries of the Egyptian Empire were fixed at the Euphrates.

The Soudan, which had been conquered by the kings of the Twelfth Dynasty, was again annexed to Egypt, and the eldest son of the Pharaoh took the title of “Prince of Cush.”

Even in the time of Abraham, Egypt was a flourishing and settled monarchy. Its oldest capital, within the historic period, was Memphis, the ruins of which may still be seen near the Pyramids and the Sphinx.

When the Old Empire of Menes came to an end, the seat of empire was shifted to Thebes, some 300 miles farther up the Nile. A short time after that, the Delta was conquered by the Hyksos, or shepherd kings, who fixed their capital at Zoan, the Greek Tanis, now San, on the Tanic arm of the Nile. All this occurred before the time of the new king “which knew not Joseph” (Exodus 1:8).

In later times, Egypt was conquered by the Persians (B.C. 525), and by the Greeks under Alexander the Great (B.C. 332), after whom the Ptolemies ruled the country for three centuries. Subsequently it was for a time a province of the Roman Empire; and at last, in A.D. 1517, it fell into the hands of the Turks, of whose empire it still forms nominally a part. Abraham and Sarah went to Egypt in the time of the shepherd kings. The exile of Joseph and the migration of Jacob to “the land of Goshen” occurred about 200 years later. On the death of Solomon, Shishak, king of Egypt, invaded Israel (1 Kings 14:25). He left a list of the cities he conquered.

After Rameses III, Egypt fell into decay. Solomon married the daughter of one of the last kings of the Twenty-first Dynasty, which was overthrown by Shishak I, the general of the Libyan mercenaries, who founded the Twenty-second Dynasty (1 Kings 11:40; 14:25,26). A list of the places he captured in Israel is engraved on the outside of the south wall of the temple of Karnak.

In the time of Hezekiah, Egypt was conquered by Ethiopians from the Soudan [Sudan], who constituted the Twenty-fifth Dynasty. The third of them was Tirhakah (2 Kings 19:9). In B.C. 674, it was conquered by the Assyrians, who divided it into twenty satrapies, and Tirhakah was driven back to his ancestral dominions.

Fourteen years later it successfully revolted under Psammetichus I of Sais, the founder of the Twenty-sixth Dynasty. Among his successors were Necho (2 Kings 23:29) and Hophra, or Apries (Jeremiah 37:5,7, 11). The dynasty came to an end in B.C. 525, when the country was subjugated by Cambyses. Soon afterwards it was organized into a Persian satrapy.

The title of Pharaoh, given to the Egyptian kings, is the Egyptian Per-aa, or “Great House.” It is found in very early Egyptian texts.

Cities of ancient Egypt include… 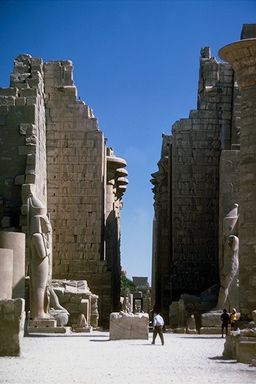 Ancient Egypt was a place of great idolatry. The Egyptian religion was a strange mixture of pantheism and animal worship, the gods being adored in the form of animals.

Under the Old Empire, Ptah, the creator god, the god of Memphis, was at the head of the pantheon; afterwards Amon, the god of Thebes, took his place. Amon, like most of the other gods, was identified with Ra, the sun-god of Heliopolis (Iunu, Ôn, Āwen, Ὂν).

The Egyptians believed in a resurrection and future life, as well as in a state of rewards and punishments dependent on our conduct in this world. The judge of the dead was Osiris, who had been slain by Set, the representative of evil, and afterwards restored to life. His death was avenged by his son Horus, whom the Egyptians invoked as their “Redeemer.” Osiris and Horus, along with Isis, formed a trinity, who were regarded as representing the sun-god under different forms.

There were over 2-thousand false gods named in ancient Egypt, including:

The 10 plagues sent on Egypt by the one true God openly mocked these pagan gods, depicted on idols everywhere. Jehovah displayed his omnipotence, showing their gods to be powerless and utterly false, affording their idolatrous worshipers absolutely no protection. Examples: