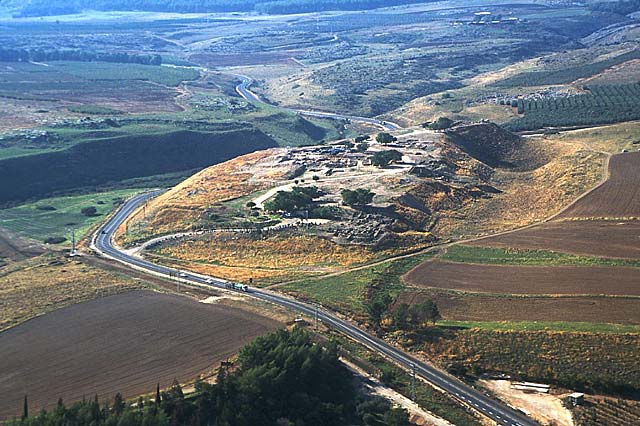 Aerial view from the southeast of Tell Hazor, the excavated ruins of the upper city of ancient Hazor
Photos provided by ChristianAnswers Associate, BiblePlaces

Hazor was the name of 4 biblical places.