About the
Sun in the Bible 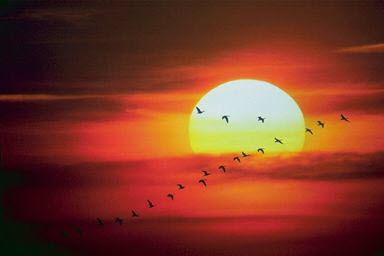 The sun is first mentioned along with the moon as the two great luminaries of heaven (Genesis 1:14-18).

By their motions and influence they were intended to mark and divide times and seasons.

God is the ultimate source of all light.

His light shown on Earth from the first day Creation, BEFORE the sun was created.

When did the Sun come into being?

Contrary to the claims of Evolutionists, our Sun was created AFTER the Earth, the stars, and even plants on the 4th day of Creation (Genesis 1:14-18).

The purpose of this order of events may have been to affirm that the sun was not the source of life and divine power, as later claimed by many ancient Satanic religions that sprung from Babel (Babylon) and worshipped the sun as god.

The worship of the sun is one of the oldest forms of false religion (Job 31:26-27), and was common among the Egyptians and Chaldeans and other pagan nations (see: Idolatry and false goods

Adrammelech was the male god representing the sun worshipped by the Sepharvaim people, who colonized Samaria.

See: Idolatry and false goods mentioned in the Bible (includes a list of sun gods and goddesses)

Miracles involving the sun or sunlight

In the future, at the end of the thousand year physical reign of the Messiah on Earth, Christ will judge all who have rejected His atonement for their wicked actions and thoughts. He will then destroy the sin tainted universe in fire and create the New Heavens and New Earth for His beloved children—the sons and daughters of The Eternal King.

Hebrew and Greek words for “Sun”