Was the fourth day of Creation twenty-four hours long? 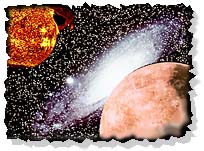 According to Genesis, the sun, moon, and stars were made on the fourth day of the Creation week. There have been many attempts to stretch the Creation days into vast periods of time in order to accommodate Scripture with secular science. However, the problem is not with Scripture, but with our attempts to rationalize and understand the Creation week, something that cannot be done by finite minds! There are many details of God’s creative plan that simply cannot be compromised with current scientific opinion. Some of the unanswered questions are:

An entire book could be filled with such questions from Genesis 1-2. All the answers would be speculative and probably wrong!

The Creation week was supernatural and therefore beyond our understanding. God had his own reasons for the order of Creation events. We are in no position to question them or to offer suggestions for improvement. Yes, I believe that the days of Creation were literal 24-hour time periods. Scholars have shown that this is intended meaning of the text. The week of seven, 24-hour days, so familiar to us, had its beginning at the Creation. God could have made everything in six microseconds or in six trillion years, but he chose literal days as a general pattern for mankind.

Exodus 20:11—“For in six days the Lord made the heavens and the Earth, the sea, and all that is in them, and rested the seventh day. Therefore the Lord blessed the Sabbath day and hallowed it.”

Does not wisdom call out?…
I was there when he set the heavens in place…
Then I was the craftsman at his side.
I was filled with delight day after day,
rejoicing always in his presence.
Proverbs 8:1a, 27a, 30