paper in the Bible

also known as: papyrus —meaning: a sheet of paper (made of papyrus strips)

In 2 John 1:12, the word is used in its proper sense. The material so referred to was manufactured from the papyrus, and hence its name.

…grass and reeds and papyrus will grow. Isaiah (Isaiah 35:7b NIV

Papyrus was used for many purposes: paper, material for woven mats, coverings for huts, etc.

Cyperus papyrus grows in full sun, in wet swamps and on lake margins throughout Africa, Madagascar and the Mediterranean countries. —Cyperus papyrus, plantzafrica.com

In Israel, the marshes at the northern end of Lake Merom were known for their papyrus reeds. The lake is now dry and is located in the Hula Valley. 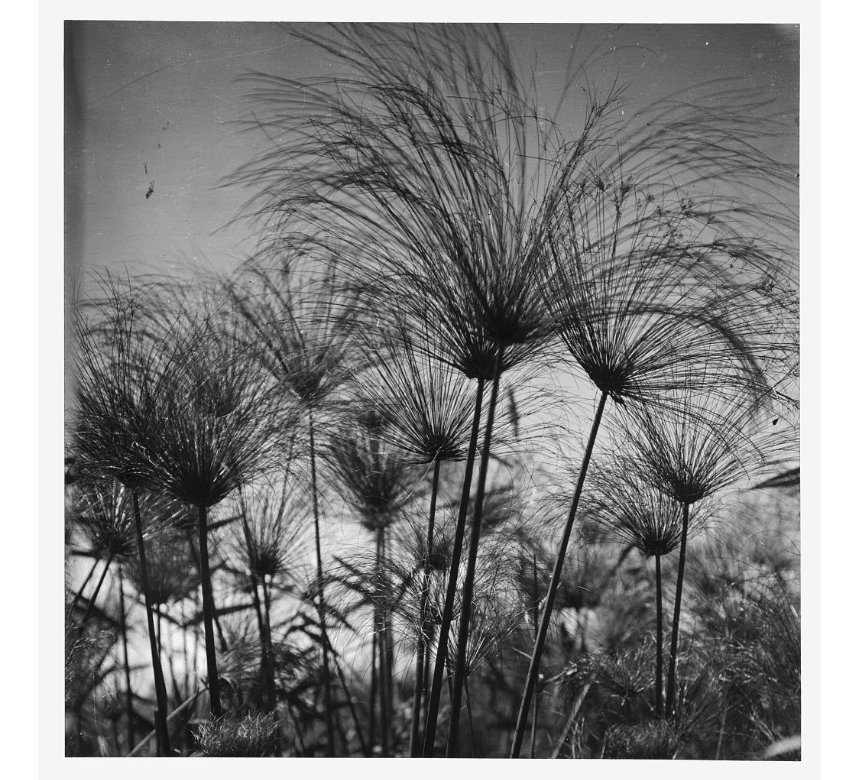 Wild papyrus at Lake Merom (Cyperus Papyrus L.).
Photographed between 1900-1920 by the Photo Department of the American Colony in Jerusalem.

This plant (Cyperus papyrus) became extinct in Egypt and later reintroduced in the late 1800s). The unaccountable disappearance of this plant from Egypt was foretold by Isaiah (Isaiah 19:6-7) as a part of the divine judgment on that land.

The papyrus reeds [“bulrushes” —NASB] by the River, by the mouth of the River,
And everything sown by the River,
Will wither, be driven away, and be no more. —Isaiah 19:6-7 NKJV

“The papyrus reeds by the River…” —NKJV

“The bulrushes by the Nile…” NASB

Learn about archaeology and the Bible