The subject of colors holds an important place in the Scriptures. White, purple, blue, and scarlet were used in the textures of the tabernacle curtains (Exodus 26:1, 31, 36), and also in the high priest’s ephod, girdle, and breastplate (Exodus 28:5-6, 8, 15). Scarlet thread is mentioned in connection with the rites of cleansing the leper (Leviticus 14:4, 6, 51) and of burning the red heifer (Numbers 19:6). It was a crimson thread that Rahab was to bind on her window as a sign that she was to be saved alive (Joshua 2:18; 6:25) when the city of Jericho was taken.

The Phoenicians excelled in the art of crimson dyeing (2 Chronicles 2:7). The small parasitic insects from which this dye was obtained somewhat resembled the cochineal which is found in Eastern countries. It is called by naturalists Coccus ilics. The dye was procured from the female grub alone.

In Isaiah 1:18, a Hebrew word is used which denotes the worm or grub from which this dye was procured.

The only natural object to which this color is applied in Scripture is the lips, which are likened to a scarlet thread (Song of Songs 4:3).

In Genesis 38:28-30, the word translated as “scarlet” means “to shine,” and expresses the brilliancy of the color.

The “Great Harlot” of the Great Tribulation is dressed in scarlet and purple (circumdata purpura et coccino) and rides a scarlet beast (besteam coccineam) (Revelation 17:1-6). 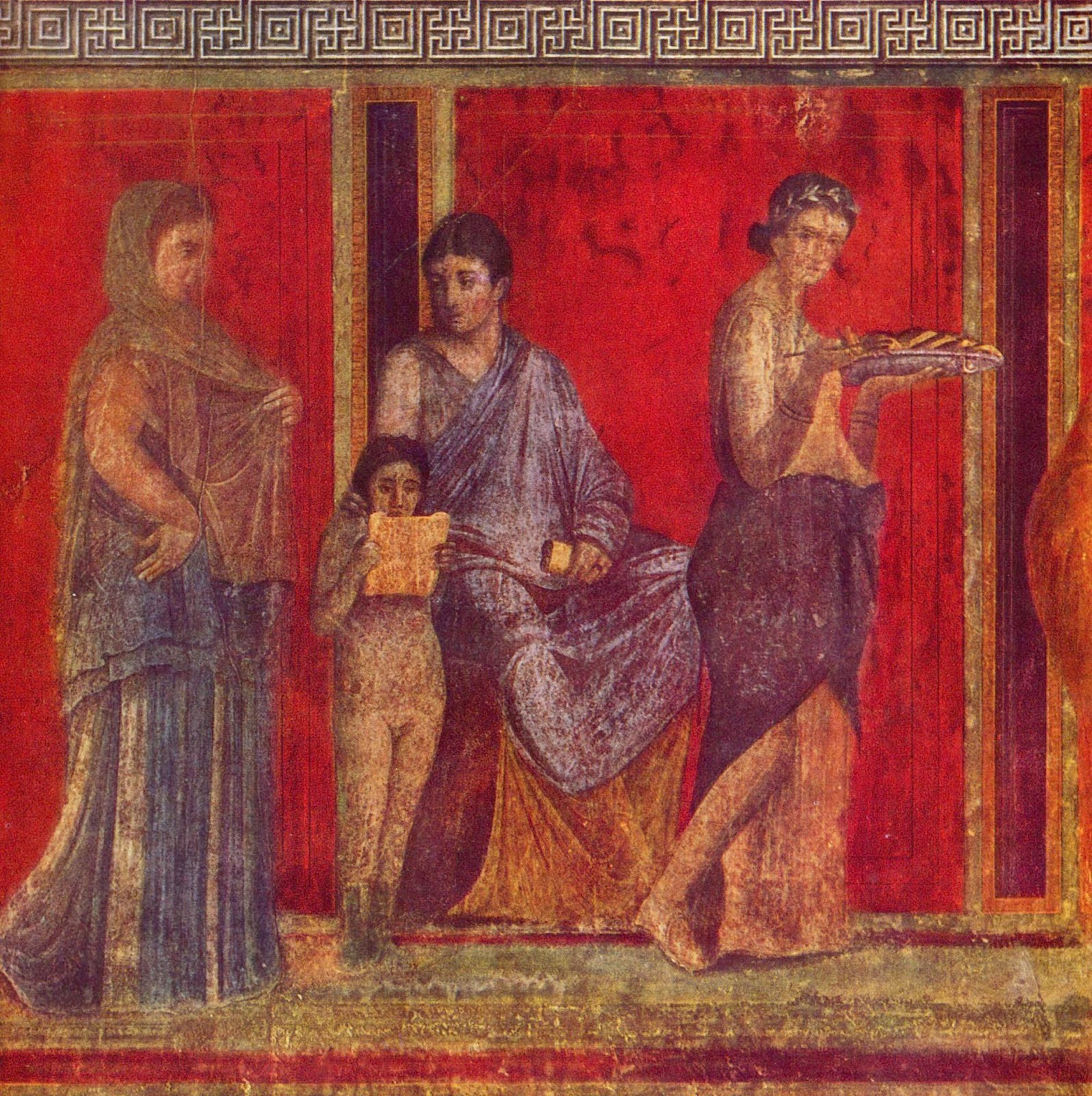 Fresco in an ancient Pompeii house. The vermilion pigment was made from ground cinnabar.

a brick red; compared to scarlet, this color is slightly more orange

Vermilion was used for drawing the figures of idols on the walls of heathen temples (Ezek. 23:14), and for decorating the walls and beams of houses (Jeremiah 22:14).

a color obtained from the secretion of a species of shell-fish (the Murex trunculus) which was found in the Mediterranean, and particularly on the coasts of Phoenicia and Asia Minor

The coloring matter in each separate shell-fish amounted to only a single drop, and hence the great value of this dye.

This color was procured from a species of shellfish, the chelzon of the Hebrews, and the Helix ianthina of modern naturalists.

“White” occurs in Scripture as the translation of various Hebrew words.