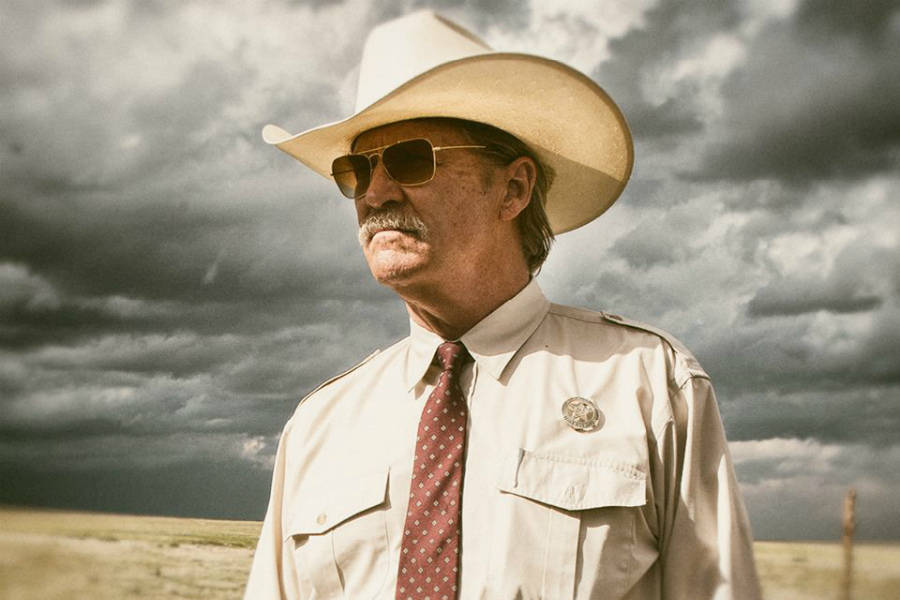 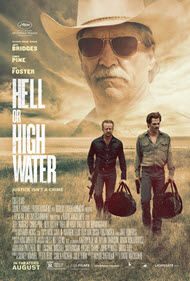 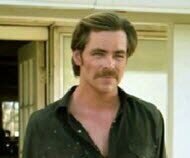 use of vulgar, crude and profane language 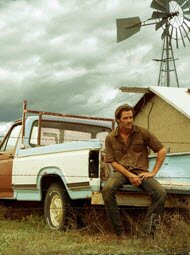 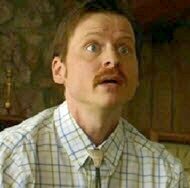 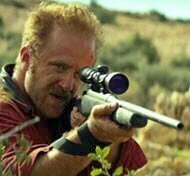 Here’s what the distributor says about their film: “When a straight-living, desperate father (Chris Pine) learns the bank is going to take his family’s land, he and his ex-con brother (Ben Foster) are left with no choice. They decide to rob the bank’s branches, putting themselves in the crosshairs of an aging Texas Ranger (Academy Award-winner Jeff Bridges) in a riveting story of crime, punishment, and brotherly love.

‘Hell Or High Water’ is a modern action drama set in West Texas where the distinction between honest men and outlaws has blurred. The divorced dad and his ex-con brother resort to a desperate scheme to save their family’s West Texas farm from foreclosure, while two Texas Rangers are set to catch both brothers.

A story about the collision of the Old and New West, in a last-ditch scheme to take back a future that powerful forces beyond their control have stolen from under their feet. Vengeance seems to be theirs until they find themselves in the crosshairs of a relentless Texas Ranger (Jeff Bridges) looking for one last triumph on the eve of his retirement.”

Negative
Negative—Although the acting and filmmaking quality were very good, I would not recommend this movie. The language is awful. There were too many bad words to count, including numerous abuses of our Lord and Savior’s name.

Additionally, there is a very offensive sex scene in which the main character’s brother is having a one night stand with a random woman. I cannot comment as to the extent of the nudity or lack thereof, as I fast-forwarded through that scene.

I found no rewarding qualities to this film that would be worth the cost to your conscience. Furthermore, the overall theme of this movie is dark and depressing.

In my opinion, your time and money would be better spent elsewhere. Watch at your own risk
My Ratings: Moral rating: Very Offensive / Moviemaking quality: 4

Eric, age 38 (USA)
Negative—While I recognize the quality of and the talent involved in this film, the morality (or should I say the lack thereof?) makes this film irredeemable, in my mind. The leads, two brothers, in a last act of desperation to save the family farm, go on a bank robbing spree. Much is made of how the bank took advantage of their ill mother, in order to win audiences over and attempt to justify the brothers” actions. And it does make their characters a bit more sympathetic, at least at first.

But this isn’t a fun “Ocean’s Eleven” type frolic. A thread of despair and hopelessness runs through the entire film, echoed in the flaking billboards advertising bankruptcy help, the inactivity of the towns, and the miles of dry farmland and trailer parks.

The two brothers—both superbly acted by Ben Foster and Chris Pine—unsuccessfully muffled this despondency with booze, locker room banter and a one night stand. But they’re just going through the motions, clinging to shreds of humanity and hope of a better life (even if it’s not for themselves). These two were an interesting contrast.

One [Foster] delighted in evil for its own sake, while the other [Pine] was “the smart one,” whose flickering conscience prevented him from enjoying the wickedness his brother clearly loves.

Throughout the film, Pine’s character was the only one to display any kind of admirable qualities: he was willing to sacrifice himself—body and soul—for his sons. Although he and their mother were less-than-amicably divorced, he still desired to be a good father and provide financial stability (a better life than he ever experienced) for his sons. See all »


It is this love, responsibility and self-sacrifice (and the desperation of being unable to fulfill these things) that drives him to plan the series of bank robberies. In the end, the commendable goals (and misguided choices) by Pine’s character is not enough to save the story. Yes, he sacrifices himself for his family in a sense, but he also sacrifices his conscience and morality by allowing himself to commit these crimes and participating in his brother’s gleeful depravity.

At the conclusion of the film, it is acknowledged that some actions wound the soul to such a degree that no human attempts can provide relief. Instead of looking to God for forgiveness and salvation, multiple characters espouse the idea that only death can bring peace. What a depressing way to end an already hopeless film.
My Ratings: Moral rating: Very Offensive / Moviemaking quality: 4

Movie Critics
…a soulful outlaw tale with a socioeconomic perspective and a rich sense of place. …As much as all four men are familiar types, the director, writer and actors imbue them with humanity, steering their arcs through tense action — including a nice throwback Western shootout on rocky terrain — to a quietly moving conclusion.

Ann Hornaday, The Washington Post
…a chase movie disguised as a western with a smashing Jeff Bridges as a Texas Ranger… …an easygoing thriller… the men are brothers whose plan — revealed over time in slow drips of casual conversation — turns out to be smarter and more complicated than we initially suspect. …

Owen Gleiberman, Variety
…The terrific “Hell or High Water” is like a gritty retelling of the Frank and Jesse James story—only with getaway cars instead of horses.…

Stephen Whitty, New York Daily News
…this is the film in which Pine (“Star Trek Beyond”) lives up to his potential, with a performance that’s nothing short of mesmerizing. Much more than a genre piece, “Hell or High Water” takes you places that you thought the big screen had forgotten.

Calvin Wilson, St. Louis Post-Dispatch
…The director, David Mackenzie, gives each of his actors time to shine and fills the film with picturesque details, but the movie might as well be a table read set before a green screen. …

Richard Brody, The New Yorker
…a riveting drama with superb acting, but the worldview is mixed with some positive Christian and moral elements, as well as some lawlessness that’s justified. …warrants extreme caution.