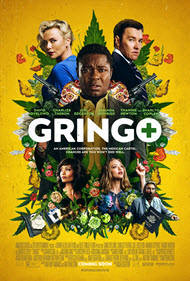 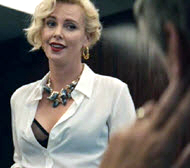 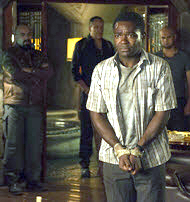 Here’s what the distributor says about their film: “An American businessman with a stake in a pharmaceutical company that's about to go public finds his life is thrown into turmoil by an incident in Mexico. GRINGO is a dark comedy mixed with white-knuckle action and dramatic intrigue, exploring the battle of survival for businessman Harold Soyinka (David Oyelowo) when he finds himself crossing the line from law-abiding citizen to wanted criminal.”

Secular Movie Critics
…The film periodically livens up, and Oyelowo shows that he can play comedy, but his performance isn’t given much guidance or room to grow and the direction is very flat and uninspired. …[2/5]
Peter Bradshaw, The Guardian (UK)
…sometimes amusing, sometimes draggy… an overstuffed misadventure that should be funnier than it is…
John DeFore, The Hollywood Reporter
“Gringo” proves Hollywood is apparently paying anyone to write a script these days… The most painful part of watching all this tonal and narrative sloppiness spill out onto the screen, though, is contemplating how much time was wasted by Gringo's top-tier cast. … [1/4]
Barry Hertz, The Globe and Mail (Toronto)
…chunks of the screwball humor land like bricks, and the characters—most of them idiots, a**holes, or suckers—are colorfully over-the-top but not especially memorable. …
A.A. Dowd, The A.V. Club
…unapologetically cynical south-of-the-border comedy… the characters…are downright despicable… That’s the point in this nasty piece of work, which interrupts its darkly comic, south-of-the-border satire…long enough to ask the provocative question whether Mexico might do better building a wall that keeps Americans out. …
Peter Debruge, Variety
…an international cast fails to find the “Gringo” fun in this action comedy… Everybody’s bad, playing bad dialogue in bad scenes that have little reason to exist… It’s an absurdly-over-populated, over-complicated kidnapping action comedy…
Roger Moore, Movie Nation
…Mostly, it’s just kind of dumb. …Oyelowo gives the movie what it needs most—someone to root for. Unfortunately, that’s not enough.
Bill Goodykoontz, The Arizona Republic
…a dark comedy that falls flat …
Chris Nashawaty, Entertainment Weekly
…staler than yesterday’s tortillas… hectic, strenuous, nasty caper-comedy… By the time the violence escalates from the amputation of a toe…to gunshots to the head, “Gringo” has long since blown out its own meager brains. …
A.O. Scott, The New York Times