How does one gain victory over temptation? 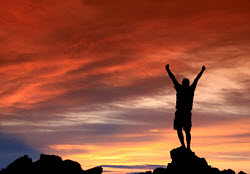 Satan and his demons stalk the path of every believer, offering all manner of enticements to lure the Christian away from an obedient and faithful walk with Christ. No one is exempt from Satanic attacks, and no one is completely successful in countering them (I John 1:8, 10), but some Christians succumb to temptation so often that they see no hope for victory. They give up and give in without a struggle. This is an unfortunate condition, born out of despair, for it will blind the believer to the marvelous provision God has made for overcoming temptation.

The first thing the Christian must learn is that God does not lead him to sin. The Apostle James clearly condemns the attitude of blaming God for tempting circumstances (James 1:13-15). God may test His children, a process designed to purify and strengthen them, but He does not lead them into sin. Without exception, sin results when temptation strikes a sympathetic chord in the human heart, and man has no one to blame but himself. 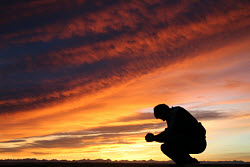 Blame himself he must, though, if he is to be forgiven. Our age is one in which blame is passed to society, to the pressures of the times, or to some other faceless, nameless creature. If one is to be forgiven, he must first humbly admit, “I have sinned.” As long as he looks for someone or something else to blame, he will be totally helpless in combating temptation.

The Christian needs to recognize the role of Scripture in overcoming temptation. The Psalmist stated, “Thy Word have I hidden in my heart, that I might not sin against Thee” (Psalms 119:11). When God's Word becomes an integral part of the believer's life, it fortifies that person against temptation's power. Christ Himself demonstrated the Word's power when He resisted Satan's temptations with a quote from the Old Testament (Matthew 4:7). A systematic, prayerful study of Scripture is an absolute prerequisite to defeating temptation. The Word not only warns of Satan's methods (II Corinthians 2:11), but it empowers against attacks (Ephesians 6:11-17).

Another essential to victory is to avoid temptation. On several occasions, Christ told His disciples to pray that they might not fall into temptation (Matthew 6:13; Luke 22:40). Some believers understand that temptation is not the same as sin, so then feel that they can enjoy the enticements of temptation without any harm. This behavior becomes a type of game—seeing how much titillation one can “enjoy” without falling into overt sin. Such an attitude is sinful in itself, for it fails to take seriously God's commands for holiness in attitude as well as in action.

One of the most crucial passages concerning temptation is I Corinthians 10:13.

“No temptation has overtaken you but such as is common to man; and God is faithful, who will not allow you to be tempted beyond what you are able; but with the temptation will provide the way of escape also, that you may be able to endure it.” 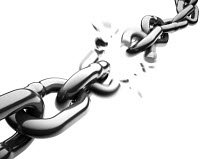 This verse is God's guarantee that He will never allow Satan to go too far. The temptation's intensity and the escape route will be uniquely tailored to the individual, and will not exceed his capacity.

Knowing there is a way of escape, and using that way of escape, may be quite different things. If one is ignorant of God's Word, one will likely not recognize the escape when he sees it, for he won't know how God works. Whether or not he uses the escape, though, the believer can never truthfully claim that the temptation was so strong that he had to succumb to it.

Another promise is that no one in this universe is uniquely tempted. While no two people are exactly alike, the temptations confronting each individual are basically the same as have confronted others. Consequently, the Bible can say that Jesus Christ was tempted in all points like we are, and even suffered in this temptation, but did not sin (Hebrews 2:18; 4:15-16). He is, therefore, a sympathetic Savior, knowing from His own incarnate experience the pressure that temptation can exert.

Since no one is uniquely tempted, Christians can help and learn from one another. Merely knowing that another Christian has overcome greed, for instance, may be just the assurance that someone needs to make another attempt to overcome it in his own life. The Christian who has grown in one facet of his spiritual life is responsible for helping other Christians who have not yet grown in that area. In this manner, Christians can edify (or, “build up”) one another in their faith (Ephesians 4:15-16).

The Scripture contains no promise of help in overcoming temptation for those who are unsaved. Indeed, until one repents of his sin and accepts by faith Jesus Christ as Savior and Lord, he has no capacity for pleasing God. But those who are saved may appropriate the power and wisdom of the Word, relying upon God's grace, and can therefore have victory, even over Satan's most subtle and compelling temptations.

Are you faced with sexual TEMPTATIONS? See our helpful Sex, Love and Relationships Web site—find answers to your questions.