for sequences of gun violence and action, and for brief strong language. 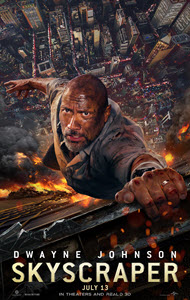 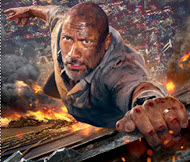 responsibility of fathers to protect their family 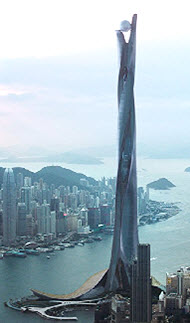 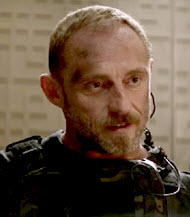 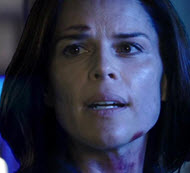 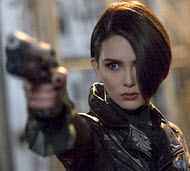 Will Sawyer (Dwayne Johnson is a U.S. war veteran turned FBI Hostage Rescue Team lead who retires soon after a mission goes horribly wrong. Ten years later he has adjusted to the loss of one of his legs and has gone into business making a name for himself as a leading security expert.

Multi-billionaire Zhao Long Ji (Chin Han) has hired Will to do an assessment of his newest project, The Pearl—the world’s largest skyscraper. He has invited Will and his family to be the only residents in the top half of the building while Will performs the 6-month investigation required by the insurance company before they can officially open.

Armed criminals, led by Kores Botha (Roland Møller), infiltrate the building and set it ablaze leaving the only man with the necessary security access, Will Sawyer, to take the blame. While the police are hunting for Will, the thugs are making their way up to the owner Zhao, not caring whether or not Will’s family dies in the fire. Will has no option but to launch himself into the towering inferno in order to save his wife Sarah (Neve Campbell) and their two kids.

“Skyscraper” is a movie fraught with peril, death defying stunts, gun-toting thugs, and action sequences galore led by none other than Dwayne ‘The Rock’ Johnson. While the movie is without a doubt a stylish production with top-notch special effects, the substance is much less so. Additionally, there are issues that may be of concern.

Violence: Heavy. The violence on display includes extensive combat between the hero Will and the mercenaries utilizing both knives and guns and eventually involving the police—many of whom are killed. Will suffers a knife wound as well as a piece of shrapnel lodged in his chest. There are explosions, fire and falling debris that constantly threaten Will’s family and results in casualties. One man is shot point blank through the chest, another is seen fatally falling from the building and an innocent bystander is strangled to death.

In a particularly disturbing scene, a father blows himself up, resulting in the probable death of his own family and kids. A character is shown with half his face scarred from a previous fire, and Will is seen on a hospital gurney with widespread facial trauma after an explosion. A room full of people are quickly murdered via automatic gun fire, a man explodes mid-air by hand grenade and some men are instantly killed by a fireball. Although not a lot of blood is seen, other than on some wounds, the violence is dramatic enough to make it inappropriate for children and pre-teens.

Sex/Nudity: Minor. Early in the film Will playfully swats his wife’s backside before he leaves for his meeting, and she displays cleavage in a tight top before kissing him goodbye.

Alcohol is briefly used to cauterize a wound before Will humorously downs the rest of the bottle.

On the plus side, the attributes of what true love, as defined by God’s Holy Scripture, are shown in Will Sawyer’s character as he selflessly risks his life, time and time again, to save each member of his family.

“Love is patient… it is not self-seeking, it is not easily angered, it keeps no record of wrongs. Love does not delight in evil but rejoices with the truth. It always protects, always trusts, always hopes, always perseveres. Love never fails.” —1 Corinthians 13:4-8

Along the same lines, Will seizes the chance to speak kindly to a dying friend despite the fact that the friend betrayed him. This shows that Will can also let go and forgive, as should we all.

“Get rid of all bitterness, rage and anger, brawling and slander, along with every form of malice. Be kind and compassionate to one another, forgiving each other, just as in Christ God forgave you.” —Ephesians 4:31-32

While the ‘Rock’ is his usual entertaining self, the backbone of any solid blockbuster is the script, and, unfortunately, this one falls way short. A very linear story, the script is overly simplistic and often devolves into what can best be described as a live-action video game. A prime example is when the hero is about to rescue his family, but then disaster rains down and so the parents are quickly separated from the kids before the kids are then separated from each other in similar fashion.

Further shortcomings in the story are evidenced by some of the nonsensical tech used, as well as the villain’s decisions that fall apart when given any kind of scrutiny by the audience. This last point, of course, is the reason for the almost non-stop action. “Skyscraper” is a polished, special effects laden film that will thrill and excite, but only for as long as each stunt lasts. I did not find it worth the price of admission, but it should make for an entertaining evening on DVD. Not recommended for children.

Comments below:
Positive
Positive—The movie is OK in terms of a Rock action flick, but there is one line that bothers me. A child is said to look like a queen and the girl responds, “I’m a king.” All this ridiculous gender fluidity, transgender winks are getting really old. A girl is not a king. A king is a male; a queen is a female. Period.
My Ratings: Moral rating: Average / Moviemaking quality: 4

Steve, age 40 (USA)
Negative
Negative—The violence in this movie is way over the top. As the reviewer above said, “almost video game like.” The unbelievable lack of “the sanctity of life” is overwhelming (you shall not commit murder). The plot calls for the death of so many innocent lives in such horrific abundance that it’s a little hard to understand why (not necessary to advance the plot). In one scene it is shown that one character clearly finds much pleasure in the taking of innocent life with a “smile and glint of the eye.” I believe this scene is intended to create a desire for vengeance in our hearts (vengeance is mine says the Lord). The language is also unnecessary considering the obvious target market. The “f” word is used in a way that almost seems awkward and out of place. The use of the Lord’s name in vain is also very present.

All this aside, it’s really not a very good movie. The plot is so full of holes, it’s almost comical. ***SPOILER*** The entire series of events could have been avoided in the first 15 minute,s if the main character just destroyed what the villains want, instead of continuing to carry it around. Most of the characters are one dimensional and very stereotypical, as well. The special effects are very good, but after 30 minutes they become old and almost silly.

Overall, I would not recommend this movie to anyone, but would especially warn parents about children, preteens and younger teens not seeing this film.
My Ratings: Moral rating: Average / Moviemaking quality: 3

David, age 53 (Canada)
Comments from young people
Positive—My cousin dropped my brother and I to see the movie, and we thought it was excellent. I’m so glad that there was no nudity or using God’s name in vain, but the one f-word was uncalled for.
My Ratings: Moral rating: Excellent! / Moviemaking quality: 5

Secular Movie Critics
…Check your brain at the door…
John DeFore, The Hollywood Reporter
…it’s all screenwriting 101… The Rock towers over an inferno of clichés… stupid but it’s also mostly entertaining, thanks to Johnson…[3/5]
Benjamin Lee, The Guardian [UK]
…It goes without saying that if you’re the sort to scoff at a tale’s implausibility, “Skyscraper” may not be the movie you’re looking for. …
Jake Coyle, Associated Press
…“Skyscraper” is summer escapism that’s solid as The Rock… Dwayne Johnson does his noble best to keep us entertained. …
Richard Lawson, Vanity Fair
…“Skyscraper” is more disappointment than summer sleeper… Its outlandish premise deserves the kind of eye-popping action sequences normally reserved for a “Fast and the Furious” sequel, but the film instead settles for a heavy dose of digital effects. … [2/5]
Matthew Monagle, The Austin Chronicle
…“Skyscraper” is one of the stupidest movies I’ve seen since “San Andreas,” but I enjoyed it a great deal—more than “San Andreas,” certainly, as well as “Rampage” and “Baywatch” and most other Dwayne Johnson pictures. …
David Edelstein, Vulture, New York Magazine
…Dwayne Johnson’s humanity provides a firm foundation for a gleefully silly action-thriller…
Joe Morgenstern, The Wall Street Journal
…a bland and perfunctory disaster film… more burnt-out wheelie bin than “Towering Inferno”… [2/5]
Robbie Collin, The Telegraph [UK]
…little more than a faster-higher-stronger amalgamation of “Die Hard” and “The Towering Inferno” …[1½/4]
Eric Henderson, Slant Magazine
…Is it possible to get Rock fatigue? …How much you enjoy “Skyscraper”—the one-time Brahma Bull’s fifth movie since spring last year (on top of another series of Ballers, no less)—will depend largely on your answer to that question. [The film]…tests how much you can allow Johnson’s eyebrow flexes and pugilistic flair to obscure the physics-defying, plot-hole-punched preposterousness of pretty much everything else. …[2/5]
Dan Jolin, Empire [UK]