for action, violence, and rude humor. 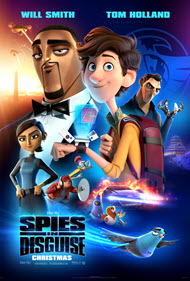 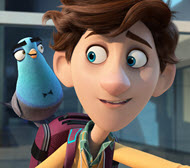 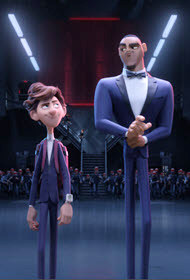 Young man being called “weird” by others 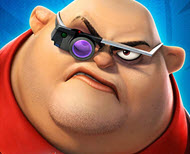 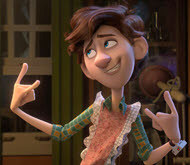 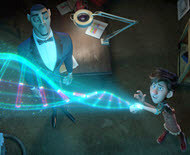 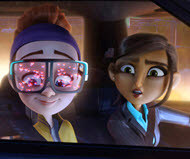 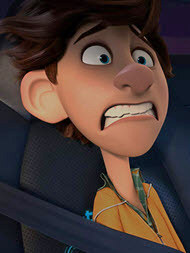 Based on a novel called Pigeon Impossible, this latest Will Smith comedy-action animation for teens is built on an interesting concept and a lot of ridiculous fun, but from a Christian perspective it falls flat.

Lance Sterling (Will Smith), a super-impressive but recently disgraced spy, seeks out the help of teenage science genius Walter Beckett (Tom Holland) who can make Lance invisible. But little does Lance realize he will transform into a pigeon to do so! Shrunken, disoriented and frustrated, Lance’s only hope of freedom is to continue his covert investigation and stop bad guys from hurting a lot of people. His motto has always been: “Lance Sterling flies solo,” but now he finds that he cannot succeed unless he learns to work together with the flock of misfit pigeons who’ve adopted him, and the one who Lance thinks caused all the trouble: ‘Walter the Weirdo.’

Designed to be a very ‘cool’ movie, “Spies in Disguise” gives teen viewers what they want, but little that is clean or edifying. Scripting and action are smart—there is loads of color, tech, crime-fighting, cheek, sneakiness, cuteness, harshness and new insults which I’m sure we’ll soon be hearing in the classroom (sigh…). Highly expressive voices from the likes of Reba McEntire add to the ride. Visual focus is on each character, rather than settings of Washington, Japan and a hidden weapons facility in the North Sea.

The 3D animation is very well done—especially pigeons with their cheerful strutting and somehow-toothy grins—and cars. In fact, dozens of people, a whole “Promotional Content” section of the credits, have worked on the blatant and frequent embedded advertisements for Audi cars. So, while overall the production quality is high and clever, it is not necessarily GOOD, because it appears more concerned with economics than teens’ well-being. Also, some flashing sequences could pose issues for those vulnerable to seizures or migraines.

There are just a few positives to “Spies in Disguise”:

As you may be gathering, there are too many problems to discuss them all. Foremost in my mind is that “Spies in Disguise” makes violence look incredibly cool, like a video-game in places, and it is scary, focused on prideful role models, distasteful humor and contains unusually heavy product placements. These are an unhealthy diet for our young people.

But beyond the mix of face-value good and bad traits, we must consider the themes, messages and spiritual issues with “Spies in Disguise.” Obviously, the film is all about personality, action and cheap gags, rather than true character or deep transformation. Nevertheless, it is also about learning to work in a team and being willing to try doing things someone else’s way. This is an important but sometimes dismissed biblical principle.

So, what does God’s Word, the Bible, say about all this? It insists that all Christians are one family, body or flock, with Jesus as our caring leader (John 10:16; Acts 20:28; Romans 12; 1 Peter 5). He says that all our roles are important and that beyond everyone’s gifts and approaches, the ‘most excellent way’ is love—selfless, unconditional, agape love which teaches us to be humble and to care for others’ needs above our own (1 Corinthians 12-13). As such, let’s each remember to work with our ‘flock’ to defeat evil wherever it may be found, and to not think that we can ‘fly solo’ like a foolish, defenseless bird.

A worthwhile and relatively safe film?

Certainly not. Despite normally liking this genre, the main voice actors and the story concept, I struggled to enjoy “Spies in Disguise” at all. It is far too full of poor-taste joking, ugly attitudes, scary violence and nudity. It may even encourage teens towards bullying behaviors and bad language. It steps very close to the line of expletives and profanities.

Whether a parent, teen or anyone else, please do not waste your money on disappointing films like “Spies in Disguise.”

Comments below:
Neutral
Neutral—This movie was cute but had an exceedingly large amount of crude potty humor including animated nudity. The amount of crude humor was excessive for an animated “family” film so you may want to wait until it comes on TV and even then keep really young kids away.
My Ratings: Moral rating: Very Offensive / Moviemaking quality: 3½

Dr. David, age Over 40 (USA)
Negative
Negative—Children’s cartoons should be for children, and nudity should be taboo—especially aimed at kids. It appears as though they pushed the boundaries because they lacked substance. I can’t recommend this flick for any age.
My Ratings: Moral rating: Very Offensive / Moviemaking quality: 4

Dennis, age 66 (USA)
Negative—I found this funny… NOT! Turn someone into, of all animals, a Pigeon? And why can’t we have a father for the boy? This seems to be an all too familiar premise. I enjoyed the voice characterizations, especially Reba, and the agent Sterling’s line “I don’t think that subtitle was in my favor.” was genuinely original and clever. He also said, “This is a vile waste of taxpayer dollars” to the young inventor… The truth is, it was a vile waste of animators” time and money spent by the executive producers and movie goers.

I think the entire pigeon idea was to set up the bread crumb gag which I should have seen coming a mile away. But that is not even original. And using the opening line from “Close To You”??? Please! There were some plot lines worth keeping (I’ll spare you from spoilers). I wish they could remake the movie, keep the director, animators at Blue Sky, and voice characterizations and use a different animal. The pigeon idea just doesn&rsquott fly with this reviewer.
My Ratings: Moral rating: Offensive / Moviemaking quality: 3