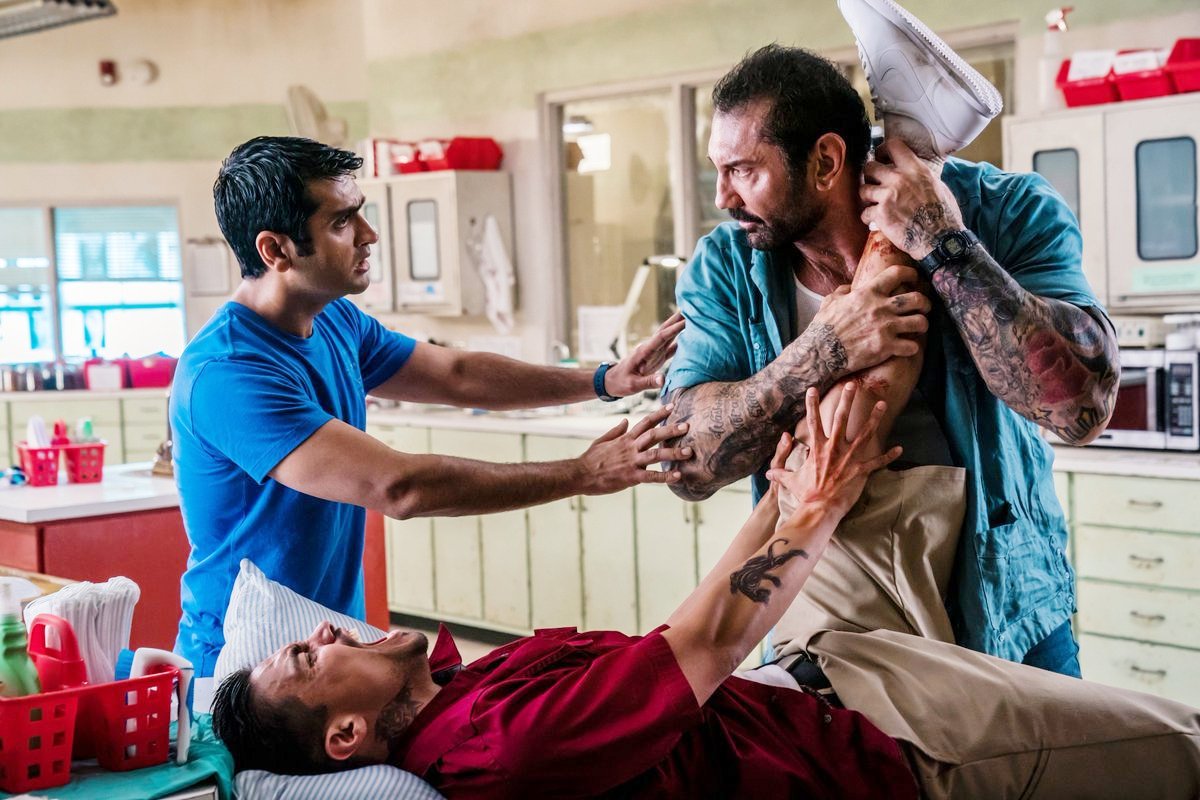 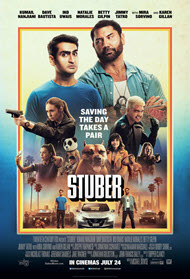 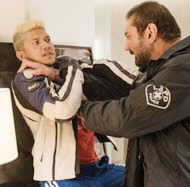 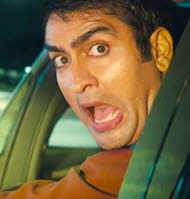 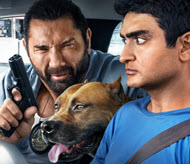 Cooperating with the police 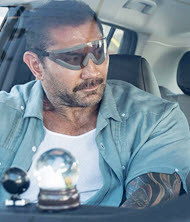 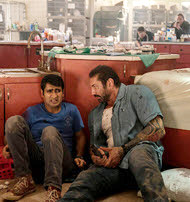 Here’s what the distributor says about their film: “When a mild-mannered Uber driver named Stu (Kumail Nanjiani) picks up a passenger (Dave Bautista) who turns out to be a cop hot on the trail of a brutal killer, he's thrust into a harrowing ordeal where he desperately tries to hold onto his wits, his life and his five-star rating.”

Every time you buy a movie ticket or rent a video you are in effect casting a vote telling Hollywood, “I’ll pay for that. That’s what I want.” What enables Hollywood Liberals to continually present immoral and even abhorent films? Money. Christian, are YOU part of the problem? Read our article

Negative
Negative—Bottom line up front: Do NOT waste your time or funds! From start to finish a movie without a moment of redeeming time in it.

I missed my movie and so went to see this—biggest mistake I’ve made in a while. If I were attempting to count the vulgar and inappropriate words and phrases—I’d have run out of ink in my pen. Not only that—it simply wasn’t a good movie. The characters are unlikeable and do not “grow” in the movie—the plot isn’t that good—there is an Oscar winner playing a role that is a waste—and the jokes and “playful” banter are disgusting and vulgar.

I should have left but didn’t, hoping it was going to get better—it didn’t.

From a Biblical perspective, there is zero in the movie that I could even stretch to be an echo of a Biblical theme.

Bad plot, horrible language, and as un-Biblical of a movie that is out for audiences.

Skip this movie—don’t walk away—run! There is nothing redeeming or positive in the movie.
My Ratings: Moral rating: Extremely Offensive / Moviemaking quality: 1

Secular Movie Critics
…wildly irreverent crash-test action comedy that throws…two polar opposites together for a night of shootouts, stakeouts, and bust-out big laughs… The movie embraces the real-world physics of gunplay, car crashes, and hand-to-hand combat — obviously bent for both dramatic and comedic effect. People die, often and quite brutally…
Peter Debruge, Variety
…the wisecracks thin out and grate when the violence takes center stage. And Stuber is stupidly violent. …“Stuber” has one running debate, about “manhood,” with the sensitive male getting unwanted “Man Up” lessons from Mr. Raging Testosterone, and the brutish cop earning quasi-feminine lectures on being a better father…
Roger Moore, Movie Nation
…“Stuber” thrives as an action movie, not so much as a comedy… It’s refreshing to see a buddy movie reclaim some of the grit and emotional connection of bygone decades, but for all of its killer fight sequences and shootouts, Stuber just isn’t all that funny after a while. …[C+]
Dan Caffrey, Consequence of Sound
…cinematic car wreck… grating and pointless film, filled with bone-headed plot twists, is utterly unrewarding… There is absolutely no reason to catch a ride with the nasty, brutish and shrill “Stuber,” a horror movie about our current American nightmare of late capitalist economics and unchecked law enforcement masquerading as an “action comedy.”… [1]
Katie Walsh, Tribune News Service
…a very silly movie: Half the action scenes look like they were shot inside a Cuisinart, the sexual politics are questionable, the violence cartoonishly extreme, and the plot has the general coherence of a wet napkin. But “Stuber” knows that sense and logic aren’t what its audience came for; we’re here for good dumb fun…
Leah Greenblatt, Entertainment Weekly
…A riotous retro pairing of serious violence and serious laughs… The naggy tension between the leads turns into a fine chemistry. …
John DeFore, The Hollywood Reporter
…lame… Really there is very little chemistry between Bautista and Nanjiani… [2/5]
Peter Bradshaw, The Guardian (UK)
…Wit takes a back seat in this gruelling Uber-based action-comedy… it’s mostly about as funny as a traffic jam. …[1/5]
Phil de Semlyen, Time Out
…bad writing and direction… This film is like cynicism transformed into celluloid, a movie made without love and with no vision, except of dollar signs. …
Mick LaSalle, San Francisco Chronicle
…“Stuber” and “Shaft” are the kind of movies Hollywood made every month back in the ’80s and ’90s, until audiences—after a half dozen or so “Lethal Weapons”—grew tired of them. “Stuber” serves to remind us of why we liked them, and also that they wore out their welcome. …
Gary Thompson, Philadelphia Inquirer