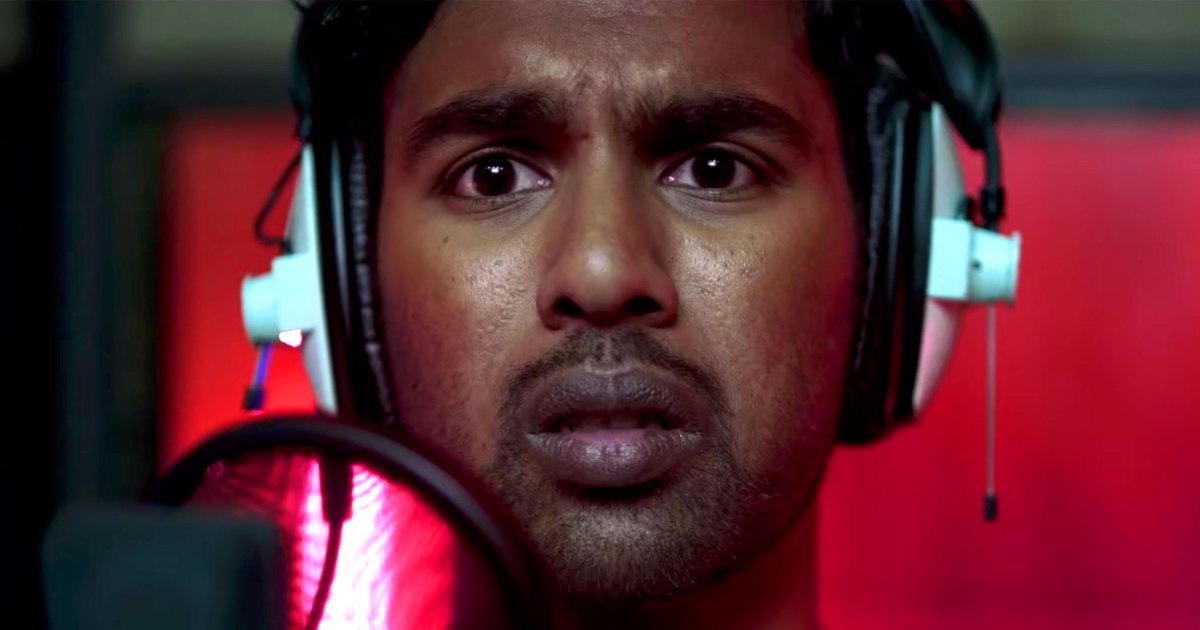 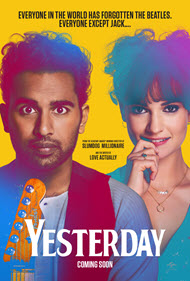 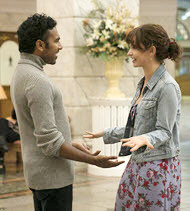 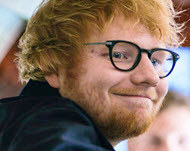 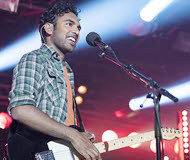 The effect of The Beatles on the world

What is deception and LYING? Answer 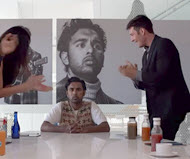 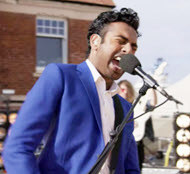 The business of music today

Songs in the Bible

Musical instruments of the Bible 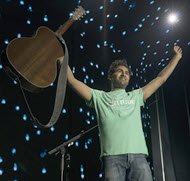 I love The Beatles. When I was a child, I heard “We Can Work It Out” on the Philadelphia oldies station and asked my Mom who it was. When she revealed it was The Beatles, I was smitten. I bought their CDs with my allowance, I watched their movies, and years later, I even did my college senior research paper about their impact on music. Needless to say, I was both excited and apprehensive about the new movie focusing on their music—“Yesterday.”

Jack Malik (Himesh Patel) is a failing singer/songwriter. The only reason he persists is the encouragement from his part-time manager and lifelong friend Ellie (Lily James). Following another miserable gig, an accident occurs. Jack is hit by a bus during a worldwide power outage. When he awakes in the hospital, something supernatural has happened—Jack Malik is the only person in the world with any recollection of The Beatles. He makes quips, searches on-line, even plays “Yesterday” for his friends, but no one has any memory or knowledge of the historic rock band.

This puts Jack in a quandary. The failing musician scrambles and searches his memory to recall the dozens of hit songs from The Beatles’ eclectic catalog. After several more modest gigs, Jack’s “new” songs are gaining interest from fans and producers… one producer in particular—music mogul Ed Sheeran. With Sheeran’s help (and the music of The Beatles), Jack Malik’s music career explodes into international success. Jack’s whirlwind of recording, traveling, and performing has left his friend Ellie by the wayside. Ellie clearly pines for Jack romantically, but he is blinded by the music and instant success.

As Jack flies from city to city, reality begins to set in. He knows he is not the genius behind the music, , and he realizes he has replaced the people who truly care about him with the shallow relationships that the celebrity lifestyle brings. His long and winding road has come to a crossroads, and he will have to make a decision—continue living the lie or return to the life that made him feel like a failure.

“Yesterday” is somewhat refreshing, because it is a rather traditional take on the romantic-comedy. Jack cannot see that Ellie is the girl of his dreams standing right by his side, and Ellie doesn’t want her love for Jack to interfere with his rising success. Lily James (“Cinderella,” “Baby Driver”) is sweet, charming, and fragile as Ellie. I found her immediately likable, though I imagine some may find her character too passive for today’s culture.

Newcomer, Himesh Patel is funny and charismatic as Jack. I love that I was unfamiliar with him as an actor… just like the characters in the movie are unfamiliar with “his” music. That being said, both characters are surpassed by the true lead character of “Yesterday”—the music of The Beatles. Clearly, director Danny Boyle (“28 Days Later,” “Slumdog Millionaire”) is writing a love letter to the timeless tunes. In an early scene where Jack plays “Yesterday” for the first time for his friends, they react with utter astonishment. The looks on their faces somehow made me feel like I was hearing Paul McCartney’s enduring ballad for the first time, too. It’s probably the best moment in the film, and it reminds us of the power of music… and more specifically, the power of worship through song.

Throughout Scripture, we are encouraged to sing songs of praise to our Lord. King David—a man after God’s own heart—used his music to “refresh” his king (1 Samuel 16), to mourn his losses (2 Samuel 1:17-19), and most importantly, to give thanks and praise to God (Psalm 28:7; 68:4). Paul encourages singing songs “…with thankfulness in your hearts to God” (Colossians 3:16). And, there are well over 100 more references to singing songs throughout the Bible.

“Yesterday” promotes additional positive messages throughout the story. Honesty—Jack is thrust into living this lie, but as the story progresses, the truth becomes more important to him than fame and fortune (Ephesians 4:25). Love—Ellie shows true love in that she is willing to sacrifice her happiness for another person (John 15:13). Encouragement—Jack’s friends continually encourage him—when he is failing, when he is succeeding, and even when they learn the truth (1 Thessalonians 5:11).

Even with these positive attributes, the film includes some negative morality issues. There is some vulgar language such as: s**t, ass, hell, and one use of f**k, and some sporadic profane language. Jack’s assistant Rocky (Joel Fry) makes several sexual innuendos about Jack’s relationship with Ellie. There is some cleavage, a man’s bare chest, and a scene implying a sexual encounter is about to take place. There is quite of bit of alcohol use throughout the film, and characters get drunk.

“Yesterday” is overall a cute film, but as obvious as it was that Ellie loved Jack… that love never felt reciprocated. Jack’s ambivalence made their relationship feel less important to him than the music he played. Plus, the clever concept that drives this film seems to have written a check too big to cash. The concept is so good that no conclusion could be satisfying. It’s a fun film that just can’t compete with the music it’s honoring.

Positive
Positive—My wife and I saw “Yesterday” and really enjoyed it. A great nostalgic film. There were a few swear words: Christ was used inappropriately 3-4 times, Jesus once or twice, and GD once. Implied fornication once, followed by a marriage proposal. For those with British sensitivity, bloody was used several times, and sh*g once. A few other things slipped by since I wasn’t focusing on language. There were a few sexual innuendos by his friend.

Jack Malik, the luckless singer, discovered that only he knew about The Beatles and knew the lyrics for most of their songs after an unaccountable global blackout and his collision with a bus. He struggled trying to remember the words to Eleanor Rigby but knew the other songs well (never got around to Yellow Submarine). He explained that he wasn’t the original composer to a huge crowd of his fans and released all the music he recorded to the Internet.

The singing was acceptable for Beatles fans. Although there were only a few viewers at our small theater on a Tuesday night, we all sang along.

At first, Jack sang solo with his guitar or piano, but once people began to appreciate the genius of the composers, he got some backup singers and band members to help—even a little help from his friends.
My Ratings: Moral rating: Average / Moviemaking quality: 4½

Jon A Covey, age 73 (USA)
Positive—Nothing but fun and good music in this movie. Creatively done. Bad language is present, but it is in the context of the performance industry. Beatle music is about love, fun, and peace, and this is what permeates the film.
My Ratings: Moral rating: Better than Average / Moviemaking quality: 4½