for violence, terror/peril and strong language. 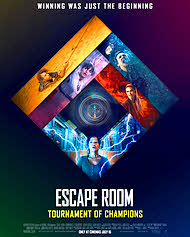 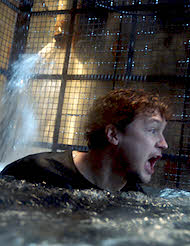 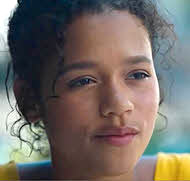 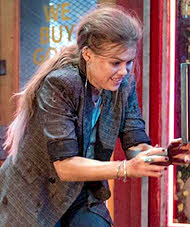 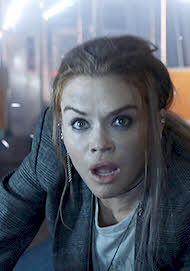 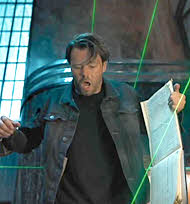 “Winning was just the beginning”

Caution: If you haven’t seen the first “Escape Room” film, there are some necessary spoilers in this synopsis.

After having successfully navigated their way through the terrifying and life threatening escape rooms designed by Minos, Ben and Zoey at the conclusion of the first film decided they will do whatever it takes to take down Minos and the gamemakers once and for all.

Through a series of investigations Ben and Zoey wind up in the heart of New York City. While exploring a possible location of where Mino might have been, Zoey has something stolen from her! Ben and Zoey run after the thief through the streets and onto a subway train.

However, something starts to happen with the subway train. It shakes a little more, it disconnects from the other trains, and then a message: “Welcome to Minos Escape Rooms.” “No, no, no, no, no, no,” goes another passenger on the train. Wait, what?

You see, everyone on that train has been a participant in a Minos Escape Room and barely escaped with their lives. Who are this year’s contestants? We have Amanda, Nathan, Rachel, Brianna, Theo and of course Zoey and Ben. But quickly one by one participants are eliminated from the competition.

Welcome to the Tournament of Champions everyone…

Considering everything that occurred in the first Escape Room, surely a second film was inevitable. In addition, it also helped that the first “Escape Room” made a whopping $50 million in the U.S. on a $10-million budget. Worldwide it ended up making close to $140-million. Given that the first “Escape Room” film came out in 2019, I figured the studio executives and filmmakers would’ve taken a little time to carve out an intricate story to really finish the narrative from the first film. I was wrong.

If you do a little research you’ll discover, as I did, that the filmmakers intention with this sequel was to outdo themselves with how elaborate the escape rooms would be. According to the director, Rob Abitel in an interview with the magazine Bloody Disgusting,

“We did fire, gravity, ice, cold, gas, so we need to outdo ourselves now. We’re in the box. I can’t draw and quarter somebody, so what are those visual ticking clocks? We have some really cool stuff we’re developing and hopefully the audience will think that way too, but it’s tougher.”

As I’ve stated in previous reviews, if a sequel wants to go “bigger or go home,” that’s fine with me. It should never, however, be at the expense of elements such as character development, pacing and the overall sense of the story.

For example, at the beginning of the film the primary focus, I thought, was going to be on Ben and Zoey with the other participating characters supporting Ben and Zoey’s quest to stop Minos. Again, I was wrong. The filmmakers spent so much time trying to make sure each character gets a line in that no one has enough time to develop their characters, even Ben and Zoey from the first film! It also doesn’t help that this time the film is WAY too short in length (it’s only an hour and 28 minutes).

On the plus side, the escape rooms are indeed far more creative this time around, and there is less to be, shall I say, squeamish about with regards to violence and torture, as compared to the first film—which left me feeling almost nauseous. And the performances, with the exception of the girl who plays Zoey, are still strong, despite the fact that, for many of the actors and actresses, their appearance is brief.

Violence: Through a series of flashbacks we see characters from the first film plummeting to their death, going through ice, getting resuscitated with an AED, getting crushed or injured (very quick glimpses). A character is shot, another elctrocuted, plus a drowning. When a train stops people are thrown forward and injured. A couple characters are killed (nothing graphic). Someone gets a couple cuts from a laser. Someone gets a small cut from a diamond. One clue asks people to put their blood on a diamond. A character had acid rain fall on them (we see the after effects, not it happen to them). Two people purposely have acid rain pour down on them. The company, Minos, tries to drown someone in a glass box.

Alcohol/Drugs: One of the participants Nathan, a priest, is seen drinking. Someone smokes a cigarette but is stopped.

Other: One of the participants is a priest who is seen drunk on the train. During a challenge, one of the characters claims as the priest is trying to help his team, “Your God is not going to save you.” The priest closes his eyes as he walks through a obstacle-filled chess board for the team. Ben and Zoey share a hotel room (separate beds and no intercourse occurs).

There are no genuine redeeming morals or themes I can draw from with this film.

“Escape Room: Tournament of Champions” is a reminder that “bigger is not always better.” Just as I had questions at the end of the first film, I had questions at the end of this one, and, honestly, I’m not sure that’s a good thing. Sure, the violence is a bit toned down, but the filmmakers raised the language count (how did this not get an R-rating for language alone?)

Without a doubt, this film definitely does not warrant a recommendation. If anything, you can likely live without seeing this or the first film, which I also reviewed, so I speak from experience. But if you insist on seeing this, leave the children home. Teens and adults only.