for terror/perilous action, violence, some suggestive material and language. 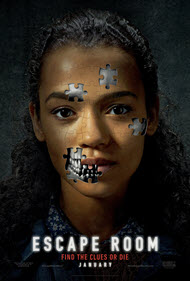 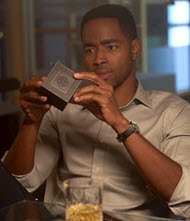 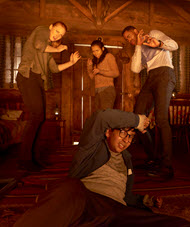 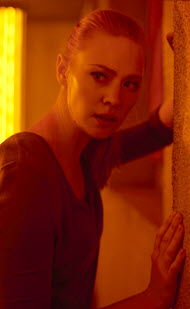 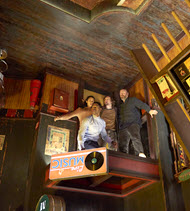 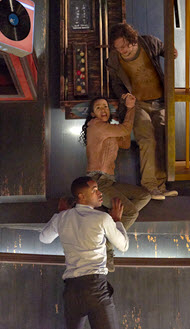 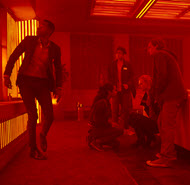 Six participants, each with their own unique backgrounds: Amanda, a veteran of the War in Iraq, Zoey, a young college student gifted in physics, Ben, a down-on-his-luck grocery store stockboy, Jason, a finance broker, Danny, an “expert” escape room participant (or so he claims), Mike, an explorer. Each of them are presented with a mysterious box, with each box containing a personal invitation to participate in what is considered the most extreme, nearly unbeatable escape room challenge. The prize? $10, 000.

Naturally, the next day, everyone is in attendance. While everyone is mingling amongst each other in the waiting room, Ben decides he needs to leave the waiting room to smoke a cigarette to calm his nerves before the challenges begin. But wait, the door knob just broke off. What just happened? Has the escape room challenge began? I suppose so.

*POSSIBLE MINOR SPOILER AHEAD* Zoey notices a turn-dial where the handle once was. But what’s the right combination? A clue, a clue! Where to look? As they search, and search about, Mike finds a screwdriver in the book Fahrenheit 451. That’s the combination! 451. Zoey turns the dial. Uh oh. The room’s getter hotter and hotter and pretty soon everyone is going to die of the heat. Eventually, though, through team effort, the six participants escape the first room….just barely. *END POSSIBLE SPOILER*

After nearly escaping with their lives they slowly come to the realization that to survive is to win, and in order to survive they must make it through all the other escape rooms, each with its own challenges, and should I say, mysteries or die trying…literally.

Welcome to the Escape Room.

Often times when I walk into a movie theater, even when I think I have a pre-determined notion of how I firmly feel a movie is going to turn out (aesthetically, performance-wise, etc.) over half of those times my mind is swayed in a completely direction. For example, often when I walk into films that fall in the category of “slasher/on-the-edge life and death” films like “Scream,” “Halloween” or “Friday the 13th” my thought is, “Should I be expecting much from this film?” However, often times I find myself pondering over the film afterward and contemplating all the hidden nuances of the film, what this film was trying to present that was different to the film genre, and end up determining that the film was much better written than I was giving it credit for in the first place

This brings me to the film “Escape Room.” I’ve heard all the comments from everyone on social media: “It’s just like the movie ‘Saw’ but it’s watered down,” “It’s an exact copy of the movie ‘Cubes’.” Okay, sure, it probably IS a copy of some of beloved classics. As I stated in a previous review, Hollywood can only come up with SO many unique ideas in the 100+ years it has been in existence; eventually ideas are bound to repeat themselves.

But let’s give credit where credit is due. “Escape Room” is a unique thriller unto itself. The characters, themselves, all have conflicting backgrounds (much of which I did NOT divulge in the synopsis to avoid spoiling the film too much) that make interactions with each incredibly difficult, making it much more difficult to solve the puzzles. The mysteries surrounding Escape Room are indeed unique.

I will say, though, that the film does insult the audiences’ intelligence toward the very end of the film, providing a very ill-defined, disjointed and rather confusing ending that made absolutely no sense. There are also a LOT of moments of terror, violence and suspense to contend with and a TON of profanity and moderately heavy sexual content (language and the like) to contend with as well. Speaking of content….

Other: Two characters are poisoned in another escape room and have a psychedelic, out-of-body experience. A character is seen smoking cigarettes.

Each of these characters in the film have been drawn to the Escape Room, sure, for the money. However, they were also drawn to the room, many realize, because they felt their life had become stagnant, that they were missing something.

I’ll be honest, as a Christian, I know there have been moments in my walk where I myself have wondered what to do when my walk with the Lord has become stagnant. And then I realize that it is in those moments I need to call on the Lord to give me strength, renew my faith, my determination, and my commitment to him. The Scriptures serve as a great reminder of who can revive us and who can bring us back to Him when we feel lost:

“In the same way the Spirit also helps our weakness; for we do not know how to pray as we should, but the Spirit Himself intercedes for us with groanings too deep for words. —Romans 8:26

“I will seek the lost, bring back the scattered, bind up the broken and strengthen the sick; but the fat and the strong I will destroy I will feed them with judgment.” —Ezekiel 34:16

“I appeal to you therefore, brothers, by the mercies of God, to present your bodies as a living sacrifice, holy and acceptable to God, which is your spiritual worship. Do not be conformed to this world, but be transformed by the renewal of your mind, that by testing you may discern what is the will of God, what is good and acceptable and perfect.” —Romans 12:1-2

As the title implies, the film “Escape Room” is a puzzle. As I said, there is quite a bit going for it: solid performances, a steady story (apart from the really odd and rather intelligence-insulting ending) and even some pretty interesting use of special effects. Still, I can’t help but feel that there could and should have been more to this film than what I was presented with. This, and the fact that there is a plethora of profanity, a heavy amount of violence and moderate amount of sexual dialog to contend with, do not make this film suitable for Christian audiences (the amount of stars also do NOT warrant a recommendation). This is certainly NOT a film for children either. The theater in which “Escape Room” is playing is NOT one room you really need to be sitting in.