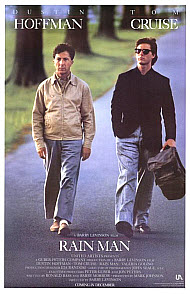 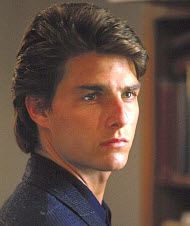 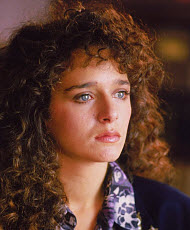 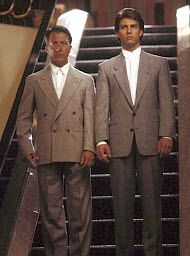 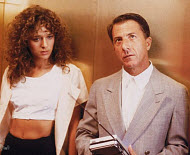 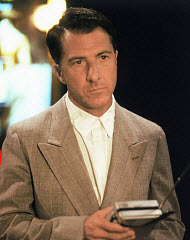 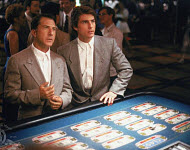 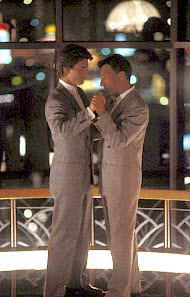 Similar Titles: “The Other Sister”

self-centeredness turning into love and understanding

In this film, Dustin Hoffman portrays an Autistic Savant whose influence helps his self-centered younger brother to grow up. Hoffman studied and worked very hard to make his character realistic, and was rewarded with Best Actor and Best Picture Oscars.

Charlie Babbitt (Tom Cruise) is a hard-driving businessman with a continual chip on his shoulder. When he learns that almost all of his estranged father’s $3 million estate is going to an unnamed person rather than to him, he’s furious; and by following the money trail, he discovers an institutionalized brother, Raymond, that he never knew he had.

Charlie entices Raymond away from the institution and demands that the trustee hand over half the estate; in effect he’s holding his brother for ransom. But as they spend time together and Charlie figures out why he was never told about Raymond, he begins to look at things differently than he did before. By the time the dispute is resolved, both brothers have found something special.

Some real-life Autistics do have special abilities like Raymond’s, such as photographic memory or doing complicated math problems in an instant. No one really knows how or why that happens; but perhaps, just as a computer can do a million internal instructions in the same time as a single disk read or write operation, the inability of Autistics to interact normally with the outside world may free up more of their brain space to perform these feats.

Warnings: Charlie is foul-mouthed, using “F*” early and often. There’s a very brief glimpse of Charlie’s girlfriend as she gets out of the bathtub and puts on her robe. We hear her and Charlie making love under the covers; so does Raymond, who innocently wanders into their bedroom and imitates the noises. At one point Charlie takes Raymond to a Nevada casino and uses him like a computer to count into a six-deck pack of Blackjack cards. Before the brothers are thrown out of the casino, Raymond is approached by a prostitute; of course, he doesn’t know what’s going on since he has no concept of money nor of the things that “normal” people will do for money.

The core story of this film is both entertaining and worthwhile, reminding us to respect everyone as a person regardless of special abilities or special disabilities. But its potential to convey that message to younger children is destroyed by all the unnecessary offensive content. One option is to tape this film from a broadcast or non-premium cable TV showing, where it will be edited for content.

Positive
Dustin Hoffman nailed this one. I worked with Autistic people before, and he’s done a excellent job. I usually don’t care for Tom Cruise, and I thought he didn’t do much as a “straight-man” to Raymond. Either way, I didn’t think this deserved an “R” rating. I’d agree, get it off TV or Cable and it'll be cleaned up to a PG or MAYBE PG-13. It’s not for kids, but its a good story of learning patience. My Ratings: [3/4]

Justin, age 22
Very good character study of two men who both need help from one another, but in different ways. While Raymond never changes, his effect on Charlie’s outlook of life is profound. Well worth seeing again on video. My Ratings: [3/4]

Hillari Hunter, age 37
A compassionate drama, but I didn’t think “Rain Man” was good enough to warrant sitting through the objectionable sexual content which detracts from the movie. I agree with the reviewer: an edited version would be much better. My Ratings: [2/3]

Todd Adams, age 32
Neutral
Neutral—Charlie Babbitt (Tom Cruise) is a very successful young entrepreneur. But when his father dies, and the will is read, Charlie finds out that he has an autistic brother, Raymond (Dustin Hoffman), to whom his father has bequeathed his million-dollar estate. Looking for revenge, Charlie kidnaps Raymond and takes him on a cross-country road trip to Los Angeles. The only good thing about this movie is Dustin Hoffman’s acting. Hoffman, as he does in most of his movies, makes the character believable. If I had not known that Hoffman was acting, I would have thought that he really was autistic. He was very much deserving of the Best Actor Oscar. With this performance, Hoffman cemented himself as one of the greatest actors of our time.

Cruise’s performance, on the other hand, made me want to turn off the TV. Cruise seems to play the same spoiled-brat, punk character in all his earlier movies. Throughout the movie, his character continuously berates Raymond for his behavior. Raymond does not understand when Charlie scolds him. Charlie is loud, foul-mouthed, and downright annoying. I know that Charlie is supposed to be the antagonist, but this portrayal took it too far.

The moviemaking quality of the film was good, but not above average. The soundtrack and score offered a variety of selections. This movie could have been a feel-good film. Instead, I found myself annoyed at the foul language and ignorance of Cruise’s character in the film.
My Ratings: Moral rating: Offensive / Moviemaking quality: 3