What is a…
feller 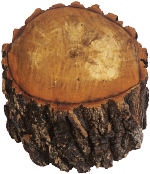 Meaning: to cut (off, down or asunder)

The word “feller” is an Old English name for one who fells trees—a cutter of trees, a lumberjack.

The word “feller” appears only in the King James Version of the Bible.

Yea, the fir trees rejoice at thee, and the cedars of Lebanon, saying, ‘Since, thou art laid down, no feller is come up against us’ (Isaiah 14:8 KJV).

Even the cypress trees rejoice over you, and the cedars of Lebanon, saying, ‘Since you were laid low, no tree cutter comes up against us.’ —Isaiah 14:8 NASB

Like the inhabitants of the land, the fir trees remained undisturbed. The land was at rest, no longer under the attack and dominion of the successive kings of Babylon.

“The idea is plain. The very forest is represented as rejoicing. It would be safe from the king of Babylon. He could no longer cut it down to build his palaces, or to construct his implements of war.” (Albert Barnes, Notes on the Bible