by an Anonymous Female, age 24

I had been attending church weekly. God’s guidance helped me overcome my biggest problem—my need to have a lot of sex. I was so proud of my new found ability to restrain myself. I guess my pride is what lead me astray. Just because you have learned to control a problem doesn’t mean that it won’t always be a problem. 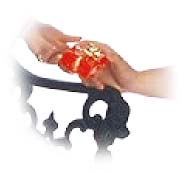 I met a man at work and knew right away that he was the one. Our casual dating turned quickly into love and soon enough we were engaged. I used our engagement as an excuse for us to live together and eventually we began to have sex, although I knew we should wait. At first things were great but eventually it wasn’t often enough for me. Over the passing months I became more demanding. The more I wanted it the less I got it. I started to get low self esteem. I couldn’t understand why my fiance didn’t want me more. Well time passed and I became pregnant, our baby’s due date was our wedding day. That was only the beginning.

When I was three months pregnant my whole world was shattered. I discovered that my fiance has a sexual addiction and is a compulsive liar. I found this out because he borrowed my mother’s car when ours broke down. He claimed to be going to a friends house after work. The next day my mother found a purse in the car. At first we didn’t know what to think. A lot of people drove my mother’s car. So I called my fiance at work thinking he must have driven someone home the night before. He claimed no one was in the car but him. My mother investigated, found the owner and met her.

After hours of denial the truth came out that she was a prostitute that my fiance had been with the night before.

Pregnant and devastated I kicked him out. In the days to come I found out that he had been smoking drugs. We hadn’t had enough money to fix our car but he charged over $1000 on my credit cards for phone sex. The hardest part for me was that I was at home begging for any kind sexual attention and he was getting it from anybody but me.

I spent three months trying to figure out what was right. All I could think was that I was being punished. I had pre-marital sex and then wound up pregnant with a cheating fiance. I always said that I would never stay with a man if he were to be unfaithful. My mother said don’t judge anyone or you will wind up in that situation. Well here I am. I prayed so much over what to do. Do I raise my children (I’m having twins) without their father in the home? Or do I attempt to build a life with a man with an addiction that I may never trust again?

We have had many talks about every detail of what he did and how it happened. It started off with doing drugs and lying to me because he wanted to be good enough for me and thought that he could quit without my ever knowing. (Even though I have told him numerous times that the only thing I ever wanted from him was the truth.) I can forgive mistakes but without truth there can be no trust. He was so consumed with guilt over the lies he had told me about the drugs that it became hard for him to be with me sexually. That’s when the phone calls started. This went on for a month when one night he was so ashamed of himself and so overwhelmed with guilt that he got drunk and found himself in the city. Then he found the girl. He thinks he was just trying to make it so bad that I would catch him and leave him. He thinks that he doesn’t deserve a good person like me.

So here I am after months of thinking. I have been humiliated. My family has been torn apart. And I still love this person who did all of these awful things to me. So I decided to give him another chance. But there are certain conditions. He no longer drinks or does drugs. He goes to work then comes right home. He doesn’t see the few friends that he has left, they were the ones he did the drugs with. He is seeing a therapist to help him with his problems. If he ever tells even one lie again he knows he must leave for good.

I believe in forgiveness and in second chances. I pray that I will never need the kind the forgiveness that I had to give but I only hope that if I ever make mistakes people will help me through them and not abandon me. I still don’t trust him. I’ve told him I don’t know how long it will take.

I know that he wants to get better. Not just for me and our children but for himself. He knows that he is not a bad man and he wants nothing more than the chance to prove it to me, my family, and himself. My family is having a hard time forgiving him. I don’t blame them but it is hard, especially with the twins almost here.

I don’t know what any of you would have done in my situation but this is what my heart told me to do. I have to give my family a chance. I believe that with prayers and God’s love my family will survive this. Please pray for us.