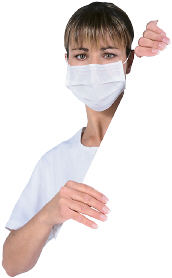 The main reason many people think that way is because of a deep-seated belief that Biblical creation means that no biological changes occur.

This idea is of course propagated widely by the opponents of the Bible, because all one then has to do to discredit the Bible is demonstrate some inherited biological change. Unfortunately, this view of “fixity of species”—that everything we see today is just as God created it—has at times been widely held by Christians.

In Darwin’s day, it was automatically assumed that when one saw a tortoise on an island, that was the way it had been created by God, right there, to suit that environment. But a little reflection shows that this is as absurd as the suggestion that God created a Chihuahua so that it could look

cute on people’s laps. Or that the domestic cats in Canada were specially created with thicker fur than their counterparts in Australia, to suit the colder environment.

In fact, by Darwin’s time, people were already largely ignoring the history in the Bible, its “big picture.” Creation, yes, but not truly Biblical creation was believed. The prevailing churchian views had capitulated either to Lyell’s uniformitarianism or Cuvier’s multiple catastrophism, accepting ages far greater than the Bible allows (and placing death of humans and other vertebrate animals before sin).

SEE: The true origin of death - The HOPE

So when Darwin saw tortoises and finches on different islands, had he taken the Bible’s history as the truth that it is, he would have realized that it teaches that these creatures must have migrated there after the global, Earth-destroying Flood. So they could not have been created there in their present state, which was the “straw man” his theories attacked.

SEE: How did animals get from the Ark to isolated places, such as Australia? Answer

In fact, the Biblical Creation/Fall/Flood/Migration model implicitly predicts that variation and even speciation was much faster than most evolutionists predict. This is because all the varieties of land vertebrates we observe today must have come from comparatively few kinds that were on the Ark.

The issue is not—never has been—the existence of change, but whether the changes that we observe in living things have anything to do with the type of change that would be needed to turn microbes into magnolias, mudskippers, and microbiologists, i.e., for this to work, the changes must increase the information content of the biosphere.

Many Answers In Genesis articles, such as Muddy waters, Beetle bloopers, The evolution train’s a-comin’, have shown, clearly and emphatically, that this is not the case. Natural selection, mutation, adaptation, even speciation—yes. But none of these to date has demonstrated the tiniest amount of true uphill change.

Even if there were a small handful which did, by itself that would not even scratch the surface of the burden of proof needed to establish this ultimately fantastic claim of creative change from dead matter.

So what about SARS?

Is SARS the sort of biological change that would be an example of uphill, creative change? Actually, it’s hard to even call it biological change, because there is serious doubt that viruses can be properly called living. They can only reproduce by hijacking the machinery of real living things.

Even the most fanatical evolutionist would concede that they cannot be some transitional stage between life and non-life, because living things would have had to exist before viruses could exist.

Answers in Genesis' article on AIDS (Has AIDS evolved?) is completely applicable to the issue of SARS. And that article showed how the appearance and changing nature of the HIV virus, and its probable origin from an animal virus (like SARS), does not even remotely qualify as showing even the slightest hint of “real” evolution.

By the way, the virus that causes SARS is not an entirely new virus. It is a previously unrecognized type of coronavirus, but that does not mean that it did not exist previously.

Other coronaviruses are implicated in about 20% of cases of the common cold (most colds are caused by rhinoviruses). Sequencing of the SARS coronavirus indicates that it is not just a simple mutant form of the viruses normally affecting people (simple mutations in the protein coat information of viruses can cause our immune system to not recognize the virus, so we become susceptible to infection by the mutant type).

Coronaviruses cause disease in a number of animals and it is more than likely that this is a case of an animal virus making the species jump to humans. It has not previously received any attention because it did not cause human disease.

Other viruses making the jump to humans in recent times (1990s) include the Hendra virus (Equine Morbillivirus) and Bat Lyssavirus, both of which are carried by bats and have killed people. Thankfully these viruses are apparently not easily transmitted from one person to another. 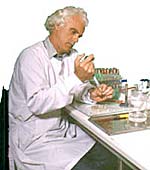 We know of at least one prominent creationist molecular biologist who believes that viruses, which are really not much more than parasitic stretches of RNA/DNA “code,” like computer virus software, may have been the result of corruption of pre-existing genes—i.e. the result of “devolution” from e.g. human DNA. This is based on the similarity of some of the sequences. See Creation in the Research Lab: Interview with Dr Ian Macreadie. But this might not apply to all viruses.

Text copyright © May 2003, Creation Ministries International, All Rights Reserved—except as noted on attached “Usage and Copyright” page that grants ChristianAnswers.Net users generous rights for putting this page to work in their homes, personal witnessing, churches and schools.