Where did CANCER come from? 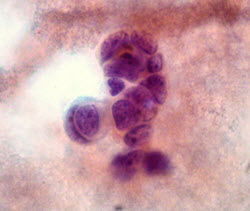 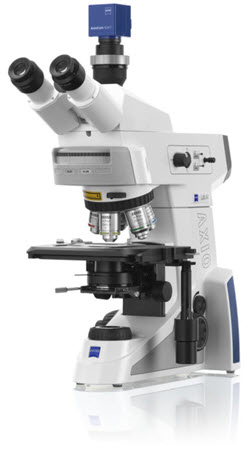 The doctrine of Evolution tends to magnify the competitive aspects of nature and to minimize the cooperative aspects. “Nature red in tooth and claw” is indeed the theme of many Evolutionary books. However, the living world around us has many examples of cooperative or symbiotic behavior at many different levels. We need look no further than our own bodies for some of the most marvelous instances of cooperative activity in all of creation. The processes of breathing, digestion, muscular contraction and coordination, nutrient transport, and their direction by the neural and endocrine systems, have shown an amazing sophistication of cooperation through molecular biologic research.

The discovery of such intricate cooperation at the cellular level should not surprise Christians as the Bible speaks of the human body as being a symbol of the great congregation of God’s people, or the “body of Christ.”

Cancer upsets this normal state of harmonious, cooperative cellular function. For childhood growth and adult maintenance to occur, cells must divide constantly in the human body. However, cancer cells are characterized by their uncontrolled growth—they do not respond to signals to stop the division process, but instead continue on and on. In the body, cancer cells invade and kill their neighbor cells. They may cannibalize each other. They often outgrow their own blood supply, thus killing even themselves.

In artificial cell culture, cancer cells will show this trait in a slightly different way, for they will grow until they pile up and suffocate each other. Normal cells in culture, on the other hand, will grow on the bottom of the bottle until they form a continuous single cell layer. Then, sensing the presence of a neighbor, they will chemically signal each other to quit replicating. Normal human cells will respect boundaries and not harm their neighbors, whereas cancer cells will aggressively invade, suffocate, and destroy their neighbors.1

Biochemical research shows other ways in which cancer cells are “bad neighbors.” For example, some cancers produce abnormal or excessive signalling chemicals (hormones or cytokines) which upset the normal chemical balance of the body. Cells of advanced cancers have altered metabolic pathways, making them voracious and inefficient users of nutrient molecules. Thus, they are chemical as well as physical competitors with normal cells.2,3 Of course, the eventual outcome of all this disordered and violent cellular behavior is death for the body, unless the cancer cells can be controlled or eliminated.

So, what is the cause of cancer? This is a question that has haunted physicians for thousands of years. Galen, the ancient Roman, noted the crablike appearance of cancerous tumors (Latin, cancer = crab) and thought that they were caused by an excess of black bile, according to the humoral disease theory of Hippocrates. The true answer began to emerge in the 1800s when the cellular nature of tumors was seen with the microscope, but it has only been in the last 20 years that a more complete answer has emerged.

The discovery of “oncogenes” in the 1980s, followed by the “tumor suppressor genes” and “DNA repair genes” in the 1990s, has given us a clear picture of why cancer cells reproduce without restraint.

To summarize this research, whole banks of genes have been discovered that control the cell’s replicative machinery. Certain genes, when activated, cause cell division to occur—these are the “oncogenes,” and there appear to be about 60-70 different ones in the human genome. The oncogenes are held in check by the “tumor suppressor genes,” which shut down the replicative process.

It has been shown that most cancers arise through a multistep process—multiple mutations may cause continuous activation of some oncogenes and may inactivate some of the tumor suppressor genes. While genetic analysis does show certain large-scale trends, most cancers are highly heterogeneous in their mutation profile—no single set of mutations seems to characterize most cancers. However, there is no doubt that the key word in cancer causation is “mutations,” which lead to the uncontrolled growth. A mutant cancer cell may be fairly compared to a damaged car in which the accelerator is stuck “on,” and the brakes have failed, resulting in a dangerous loss of control.4

In addition to these replication-controlling gene banks, important mutation-correcting mechanisms are also being identified. In fact, it is becoming increasingly clear that without these mechanisms, we would all die of cancer in childhood.

An important textbook of medical physiology gives an interesting perspective on these mechanisms and (perhaps unwittingly) testifies to the marvelous grace of God in creating and sustaining these cellular processes: 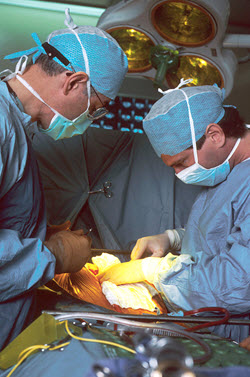 But, what is it that causes the altered genes (of cancer cells)? When one realizes that many trillions of new cells are formed each year in the human being, this question should probably be better asked in the following form: Why is it that we do not develop literally millions or billions of mutant cancerous cells?

The answer is the incredible precision with which DNA chromosomal strands are replicated in each cell before mitosis takes place and also because the “proofreading” process cuts and repairs any abnormal DNA strand before the miotic process is allowed to proceed. Yes, despite all these precautions, probably one newly formed cell in every few million still has significant mutant characteristics.5

The incredible precision of the DNA replication process has also been referred to as “replication fidelity” by secular scientists. Fidelity is the Latin word for “faithfulness.” Great is His faithfulness, indeed!

On the other hand, increasing efforts are being made to interpret all of biology through the Darwinian lens, and cancer biology is no exception. In fact, the whole process of cancerous cellular change has been viewed as a special case of Darwinian Evolution.6

In many other important ways cancer cells have degenerative features. They show no gain of information, but generally show a loss or disorder of functions. This is only another example of the peculiar insistence of Evolutionists of perceiving advancement where there is only variation.

Conversely, is there a creationist lens through which to view cancer biology? One may be suggested, as was previously hinted. This new knowledge may be used to extend the natural theology of the Apostle Paul, expressed through his analogy of the “body of Christ,” from the macroscopic level down to the microscopic. Indeed, this may be a more accurate view of final reality, as there are to the anatomist only several thousand macroscopically visible parts of the body. The Bible tells us that the host of the redeemed will be “a great multitude, which no man could number” (Revelation 7:9). Carrying this analogy to the cellular world of our bodies produces a graphic picture of the vast gulf between good and evil.

One needs only a slight acquaintance with the panorama of history to be dismayed by the continual succession of violence, thievery, and other forms of lawless behavior displayed by sinful humanity. The most degenerate human societies sink to ritual murder, cannibalism, and torture. These human behaviors, which have plagued the world almost from its beginning, are remarkably similar to the physiologic behaviors displayed by cancer cells.

On the other hand, the Bible foretells a time when violence will be suppressed and peace will be the norm for the whole human community. “They shall not hurt nor destroy in all my holy mountain: for the Earth shall be full of the knowledge of the Lord, as the waters cover the sea” (Isaiah 11:9).

World peace has been sought in vain by many philosophers and utopian architects. It is ironic that each of us carries with us a daily parable, acted out at the cellular level, of the peaceful virtues that will be the future norm of the City of God. Metaphorically, the expression of those peaceful virtues in our body cells leads to a state of health. When those “virtues” are lost in a clone of cells, we have cancer. This is not to claim that cancer is always a moral problem, or that cancer suffering necessarily results from sin. Nor are individual cells capable of moral choice in their behavior. However, these phenomena create a vivid object lesson for us, as do many other aspects of God’s creation.

WHY is the world this way?

To conclude, the tragedy of cancer is the result of ongoing genetic deterioration in our body cells, and as such is a manifestation of the Edenic curse of decay and death. However, a close look at cancer biology can give us a deeper appreciation of the vast wisdom and goodness of God, and of the unutterable vileness of sin.

Web Copyright © 2001, Films for Christ, All Rights Reserved—except as noted on attached “Usage and Copyright” page that grants ChristianAnswers.Net users generous rights for putting this page to work in their homes, personal witnessing, churches and schools.