I hit my girlfriend - once. Now she won't go out with me anymore. What should I do?

I am 17 years old and I just broke up with my girlfriend.

One night, we were in her bedroom, lying on her bed, and we got into an argument. She kicked me, so I hit her. That's when she broke up with me.

I didn't mean to hit her. I gave her a bruise on her arm. I am very, very sorry I ever hurt her. I love her very much. I told her this, but she said that if I hit her once, I may do it again.

I said that I would never hit her again. Dawson, it's just that, as I was growing up I got hit a lot myself. I was told that if someone hits you, you should hit back. That's why I hit her. I didn't mean to hurt her. I wish she could understand that, and give me another chance. I would give her another chance. What should I do? 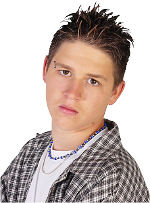 I think we have to begin, Michael, by asking the question: "Why did this happen?" Let's look at the situation closely.

To begin with, I can't overlook the setting. You said, "…we were in her bedroom, lying on her bed…"

Whoa, right there, Michael. You and your girlfriend have no business being in that situation, lying side-by-side, in her bedroom, on her bed. Talk about putting too much emotional pressure on a relationship.

So what happened next? You responded in an angry violent way to your girlfriend's immaturity. "She kicked me, so I hit her." you wrote.

But Jesus told us to be peacemakers.

"Blessed are the peacemakers, for they will be called sons of God," He said in Matthew 5:9.

The actions of another person - in this case, your girlfriend's - do not excuse you from Jesus' command to be peaceful. Quite simply you should not have hit your girlfriend.

But you did. And Michael, I truly regret that you grew up in the atmosphere you described. It was an atmosphere, in your own words, which told you, "If someone hits you, you should hit them back."

What happened to you as a child and what you were taught is not right. Acting out feelings of anger is not God's way - and shouldn't be our way - of dealing with life.

Everyone should be quick to listen, slow to speak, and slow to become angry, for man's anger does not bring about the righteous life that God desires (James 1:19,20).

And remember Jesus' example, during his torment and death on the cross? What did he do?

When they hurled their insults at him, he did not retaliate; when he suffered, he made no threats. Instead, he entrusted himself to “him [God] who judges justly” (1 Peter 2:23).

So where from here? That's what you want to know.

My advice, Michael, is that first of all you should seek forgiveness of this girl. Confess to her you were wrong, and ask her to forgive you.

And then give the relationship space - lots of space. In my opinion, great damage has been done to that relationship. It should not be your primary concern right now.

Instead - and this is the most important step of all - you should gain some Christian counseling to help get to the bottom of your anger. It is true that the people who are often hit while growing up are more likely to hit others when they are older. So God may be using this incident as a wake-up call for you, to show you how serious your problem could be.

Spend some serious time on getting yourself well, on making yourself whole. Until you do that (with God's help), you will have a hard time having the kind of dating relationships you want and need.

And I promise you, Michael, that if you really want to change, and ask God to help you change, He will. That's a guarantee.

Copyright © 1997, Dawson McAllister Live!, All Rights Reserved—except as noted on attached “Usage and Copyright” page that grants ChristianAnswers.Net users generous rights for putting this page to work in their homes, personal witnessing, churches and schools.