Can astronomy lead a person to God?

See this page in: Bulgarian, Dutch 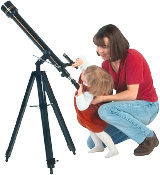 The heavens bear witness to the glory of God, and Romans 1:20 states that anyone who ignores the testimony of creation does so “without excuse.” Unfortunately, many people are not spiritually impressed with the lessons of God’s handiwork. Nor are they convinced by fulfilled prophecy or archaeological discoveries, both of which verify many of the details of Scripture. Although such evidences are sufficient to make people accountable, these facts are often not effective in changing lives. The problem is not with the evidence but with the fact that fallen human nature is blind and irrational. When people turn away from God, their understanding is “darkened” (Rom. 1:21). How else to explain why anyone would turn to secular humanism or to the occult instead of the truth?

Theologians use the term apologetics for the defense of the truth of Scripture. The view expressed in the previous paragraph is called presuppositional apologetics. That is, the existence of God and the inerrancy of Scripture must be accepted on faith since these truths cannot be scientifically proven in a way that will convince the skeptic.

A contrasting view is called evidentialist apologetics, which holds that man can be intellectually convinced of spiritual truths. In other words, conversion will follow once the person has been overwhelmed with the evidence. Thomas Aquinas (1225-1274) promoted this later view with his scientific “proofs” of the existence of God. However, his acceptance of geocentricity is a reminder that his scientific understanding was fallible. The cruel inquisitions by religious leaders that Aquinas supported also shows that the intellectual, evidentialist approach to apologetics does not necessarily lead to agreement and harmony.

What, then, will bring one to a personal knowledge of the Lord? “Faith comes from hearing the message, and the message is heard through the word of Christ” (Rom. 10:17). Of course, prayer also is effective in increasing one’s understanding, as is the example of a consistent Christian life. Although astronomy and other scientific studies of the wonders wrought by the Creator can point one’s mind in the right direction, the truth of the Word must come also through the heart.