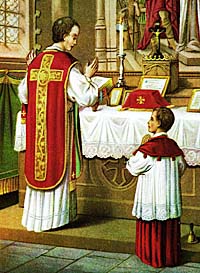 “It should not need to be said that God abhors sexual abuse. He created sex to be an act of mutual love between a husband and wife (see Genesis 2:21-24 and Hebrews 13:4). …Sexual abuse distort’s a child’s understanding of sex and its wholesome purpose when used within God’s design. Sexual abuse interrupts a child’s delicate process of emotional, social, and sexual maturation.”

The Roman Catholic Church made national headlines when it was accused of harboring child sex abusers within their leadership hierarchy. Archbishops, cardinals and bishops, allegedly re-located known pedophile and ephebophile (teen abusers) priests to other parishes while, keeping their identities secret—allowing countless other children to be victimized.

How widespread is it?

Sexual abuse isn’t a crime exclusive to the Catholic Church. Based on reported cases, statistics reveal that one in every four girls and one in every six boys will be sexually abused before the age of eighteen. Thousands of children and adults suffer silently, never reporting the crime due to fear, shame and/or unfounded guilt. The silence of the church, as well as the abused, encourages abusers to become habitual rather than single incident predators.

What is sexual abuse?

To understand the damage of sexual abuse, we must first identify what it is and how victims are affected by it. Any sexual activity initiated by a peer or adult without consent is abuse, including physical, visual or verbal stimuli.

Unsurprisingly, many abusers themselves were sexually abused. Most are male, but more cases of female abuse are reported each year. Most abusers are people the victim knows—a family member, friend or trusted authority figure, and they’re in the churches, grocery stores, schools, theaters, scout troops, anywhere children are found. They are citizens of every socioeconomic, racial and ethnic status of our society.

As a survivor of child sexual abuse, I can personally attest that the effects of abuse touched every aspect of my life—emotional, physical, relational and spiritual. I lived with a victim mentality for over thirty years until I learned to be a survivor.

I was angry with everyone, and afraid to trust anyone. Shame and guilt became my constant companions, convincing me that I somehow encouraged the abusers' advances. I built protective barriers to avoid loving and being loved.

It seemed as though my body defied me by bringing unsolicited sexual advances, thus becoming my own worst enemy. I took revenge against my body, forcing it to make restitution for its disloyalty as I smoked, drank, and over-ate my way to false comfort.

Because adults betrayed and humiliated me, I became rebellious, refusing to submit to authority. I kept intimate relationships at bay for fear someone I cared about would learn my secret.

Because some of my abusers were “upstanding” members in the church clergy, I couldn’t trust a God who seemed indifferent to my suffering and who allowed adults to abuse me. I was afraid of that kind of love, so I rejected God and the counsel of the church.

I suffered silently for more than thirty years before it became imperative that I face the issues of sexual abuse in my life. I couldn’t carry the burden and pain alone. I had to face the past, deal with the hurts and learn to live in the present. The “protective tools” I selected as a twelve-year old abused child—anger, bitterness and refusal to forgive—caused me more pain rather than relief, since I longed for love, acceptance and affirmation.

I didn’t want to forgive, however, because forgiving my abusers seemed to reduce the significance of the crime and their need for punishment. Anyone who abuses others is guilty of a criminal act in all fifty states and has committed a wicked sin and, in God’s eyes, has committed a wicked sin. I felt warranted in my desire for justice. It’s normal to be angry when an innocent person suffers the consequences thrust upon him by an abusive individual. It’s also natural to be cautious about preventing additional abuse and violation.

God is also angry and grieved by sexual abuse, and He promises to repay for the evil that’s done and to avenge any sins committed against children. True justice can be gained only through our judicial system and by allowing room for God’s vengeance and judgment.

I did nothing to cause the abuse—it wasn’t my fault. However, I was responsible for my refusal to forgive and my willingness to hate and harm rather than to love using healthy boundaries. I was wrong for judging all people as evil because of the crimes of a few. Refusing to forgive, to accept and receive love and to constructively deal with my anger and fear was hurting me, not my abusers. I had to stop running from my longings for loving relationships.

This realization sent me into a fierce battle—a matter of life and death. I felt I was teetering on the ledge of sanity versus insanity by the tips of my fingers, my body dangling above the abyss of despair. I was afraid of change, but even more afraid of the pain I carried. But I didn’t try to hide from the truth this time.

I understood the abuse was so invasive it would be a lifelong recovery process. Just the thought of letting go of the anger and the grief was hard to bear so I prayed for God to send someone who would help me bear the burden and teach me how to forgive. Eventually, God eliminated the pain from my past, but I’m yet learning to deal with the present, which is strongly influenced by my past.

This is what happens to victims of abuse. They need compassion, love, understanding and encouragement to focus on the things gained through their adversity rather than allowing the past to control the present and the future. Hold them accountable for their actions and their sin of refusing to forgive. The world can gain from their experiences and perhaps the continued spread of this crime can be prevented.

Abuse changes lives forever, but healing is possible if the choice is to overcome the victim mentality, and work to become a survivor.

Audrey Hector is married with one adult child and one grandchild. She is a speaker, freelance writer and certified Lay Counselor through the American Association of Christian Counselors. As a survivor of abuse, she shares how God transformed her life and healed her broken heart. We challenge you to seek what is gained through adversity rather than what has been lost. Audrey hosted a radio program, “Marriage Ordained by God” and has written a column, “On the Potter’s Wheel” for Church News. She earned a Bachelor of Science degree in Mechanical Engineering from the University of California.

“Usage and Copyright” page that grants ChristianAnswers.Net users generous rights for putting this page to work in their homes, personal witnessing, churches and schools.