for sexuality, language, and violence 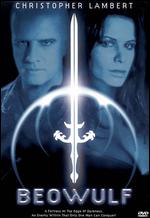 “Beowulf” is a theatrical release that went straight-to-video in the United States because of some complications involving distributing. It was picked up by Mirimax around the same time “The 13th Warrior”, the other recent interpretation of the classic poem, went to theaters. Because that film was a flop both critically and financially, it can be assumed that Mirimax played it safe and skipped the theatrical release for “Beowulf”, dumping it straight into a Blockbuster near you.

Reactions from this version have varied. People have tended to either like it a lot or hate it with passion. There is good reason for this. “Beowulf” is one of the great works of the English language, and it has been studied by both literary scholars and adventure lovers for centuries. It inspired such classic fantasy works as the “Lord of the Rings” and “Dungeons and Dragons” (both of which are now currently films), and it has and will be reviewed by every English class that ever had, does, or will exist. Because of the difficulty to convert the original poem into a film, a lot of changes have been made, to the anger of a lot of literary purists. For one, the location has been changed to a techno, midievel future, and the great Hall of Herot has been converted to a battle-outpost, where technology has taken a step backwards. Only a few traces of a superior technology exists, such as night vision and methane-run torches, and everything else has been reduced to a typical sword and cross-bow environment, combined with outrageous-looking primal weapons. In other words, we’ve got Mad Max meets Dragon Slayer. So now, Hrothgar is the leader of the Outpost, and he’s got a beautiful daughter named Kyra who’s got a deadly secret. Unferth has also had his name changed to Roland for no apparent reason. Some subplots have been added which discuss Hrothgar’s relationship with Grendel and his mother, and Kyra’s relationship with Roland.

The most dynamic change, however, is in the character of Beowulf himself. No longer is he a happy-go-lucky, adventurous fighter for good, but a dark, depressed man who is a little more than mortal. The son of a demon and a woman, he wanders the Earth looking for evil. “The only way I can stop from becoming evil is if I fight evil,” he says, and thus is his explanation for coming to this outpost and fighting the evil darkness called Grendel, an evil creature who is terrorizing the place every night by killing all of the guards. Beowulf, sort of like an anti-Hercules, has fast healing power and is decked out with all sorts of cool weaponry. He’s got short, bleached hair and he’s dressed in Matrix-style leather, and he’s a lot more dark and weary than the Beowulf of the epic poem.

Such changes are making a lot of Beowulf fans enraged. I am a fan of the original Beowulf poem as well and have been studying it for years, and I can say that the changes didn’t bother me. I applaud them, in fact, in their effort to make the story more applicable to the high school/college students who will be studying the ancient work. These changes don’t improve the story, but they don’t take away from it, either. Any student who might not be interested in studying the text might pick this up and like it, and their interest in the original source will increase. The changes work mostly due to the fact that the film still keeps the whole of the story intact, and it takes it very seriously. Purists need to realize that it would be nearly impossible to make a film about “Beowulf” and keep it 100% true to the original poem. Changes HAVE to be made due to the complexity of the work, and these changes work very nicely.

The film as a whole plays like an extended episode of “Xena: Warrior Princess” with a larger budget, meaning it is dark and brooding when it needs to be, and campy and action-packed with its tongue stuck firmly in its cheek in other places. This style works. While “The 13th Warrior” might have been superior to this visually, this film far surpasses it in capturing the essence of what the poem was all about: A battle with a supernatural foe. The original work was made to entertain and to fill the listener with a sense of wonder, and this film does just that, thanks to a good cast (mostly) and some well-shot action sequences that are both over the top and subdued, depending which is necessary. The setting was also well thought out by the producers. While “The 13th Warrior” used wide open spaces, this “Beowulf” captures the claustrophobic feel of the poem, with mostly interior shots of this run down outpost where most of the action takes place. The techno music also works, giving a video-game feel to it in many spots, which is fine because of the video game potential the whole story has (besides, if they had video games in 900 A.D., around when the poem was written, they would have been about Beowulf!).

The monsters also work. Grendel is a fish-like monster in the tradition of Predator, with a mist surrounding him at all times. It’s replicated straight from the poem, and the Witchmother is also a powerhouse of special effects, who is a combination of Grendel’s Mother and the Fire Dragon from the poem (whose scenes are missing due to plot restraints).

Christopher Lambert is surprisingly good as Beowulf, playing the part subtly and without overacting. Like in the book, he is a man of few words, just wanting to fight and get the job over with. Though the motives are different: The Beowulf of the poem lives for the fight. This Beowulf simply wants to overcome the evil within in. While I don’t think Lambert would work in a literal, literary version of “Beowulf” (he would have to be a large, brawling person, like Vin Deisel or Russell Crowe), he does fine here, as a hero torn between his lust for evil and his desire to fight it. He’s got just the right tone, and his eyes speak multitudes. His understanding of this kind of Beowulf is right on target, and he holds the film together and plays the straight man when the fights get outrageously fun (“I’ve been waiting for you. Our evil has drawn us together. I’m like you. I’m one of the damned,” he tells an attacking Grendel in the film’s best seen action scene, which takes place in the flooded cellar.) The rest of the cast is effective as well, especially Gotz Otto as Roland (Unferth), who manages to evoke both sympathy and power in a satisfactory performance.

All this said, however, there could have been a few changes made. The actress playing the Witchmother is horrible. While the character is complex and she’s got some great and very important lines, it is clear that she was cast in the role for her figure only (They probably told her, “You just strut what you’ve got. We’ll teach you how to act.”) Every line she says she ruins, and it is only the rest of the excellent cast which manage to keep the scenes featuring her less-than-adequate. The ending is also a disappointment, as many of the characters simply cop-out and the resolution never has time to sink in after a spectacular final battle.

There are also several things which parents should be advised about: The idea of Beowulf being the son of a demon is nowhere to be found the original poem, and the occultic ideas might be offensive to some. The idea of demonic beings impregnating the women of the Earth is in the Bible, however, as indicated in Genesis 6:1-7. The idea of demons and their powers isn’t taken much farther than this notion; however, Grendel’s Mother does have some supernatural, morphing abilities which are certainly not from the side of right. The original poem was also painted strongly with Christian doctrine and theology, and all of that is sadly missing here. Some kind of reference to God certainly wouldn’t have hurt, especially since Beowulf is on a quest to redeem himself from evil.

There is also a great deal of violence in the vain of “Braveheart” or “Gladiator” (in one chilling scene, Grendel attacks several women and children. It is thankfully offscreen, but we see the gory results later). There is also some brief nudity and implied sex, though none of it is featured onscreen.

Nevertheless, this is an excellent version of the epic poem, both fun and thought-provoking. Students be warned though, if you’re studying the text at school, this is not a substitute for it. It is, however, a good companion piece for it, and whether you’ve read it or not, you will find it extremely enjoyable.

I liked the movie, and I am also a fan of the original poem. I thought it was filmed very well, and I actually like when movies branch out a little and give more story to the original story. Beowulf being half demon didn’t bother me much, and it did give reason for him having a lot of the abilities that he did. I am still wondering how this film got a “Very Offensive” rating, when the reviewer even admits that there were only a few objectionable parts in it. My Ratings: [Average / 3½]