for thematic elements and some violent images 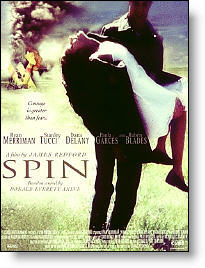 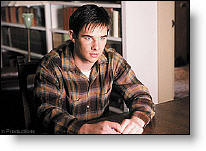 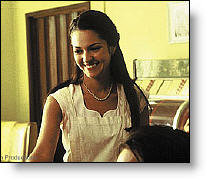 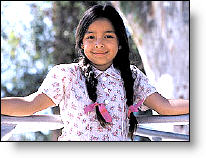 “Courage is greater than fear.”

Sometimes our lives aren’t defined by the events that have happened to us, but by the choices we have made—despite them. In James Redford’s directorial debut “Spin,” a twist and a turn in a young boy’s life determine which way he will go until he is forced to grow up and make decisions of his own. The difficulties he faces give him reason to recoil from the world, but eventually he is rewarded, as he resolves to be responsible and fly.

At eight years old Eddie Haley (Max Madore) learns from his Uncle Frank (Stanley Tucci) the devastating news that his parents have died in a plane crash. Although he is family, business calls Uncle Frank away making the ranch manager, Ernesto (Ruben Blades) and his wife Margaret (Dana Delany), the best choice to raise the boy. When Uncle Frank returns after ten years, Eddie (Ryan Merriman) wrestles to reconcile his upbringing of working on the ranch with his family’s calling to be a pilot. And his fondness for the fair Francesca (Paula Garces) provokes him to finally forsake his selfishness and forges him with his mission in the skies.

Director James Redford explained to me that he sees this movie as a “celebration of family.” But while it is a film about family, it is not what he would term a “family film.” Although the character of the story is an eighteen-year-old young man, Redford explains that he did not know exactly who the audience would be for this film while he was making it. Now, he says, he sees it as one geared more for adults. To him, this film looks at the powerful, positive force family can be, but also looks at how it can be destructive as well.

Some of the stories issues are upsetting, but they aren’t exorbitant, and have managed to be presented either briefly or fairly subtly. The opening scene briefly shows Eddie’s dad at the site of the plane crash before he dies, with the attention being on a note he is writing. In another scene, Francesca’s father makes advances toward her before the scene cuts away to a static shot of the outside of the house. The implication is of sexual abuse, but is presented subtly. Later, Eddie finds the body of someone who has committed suicide (some blood is seen). Eddie and Francesca are also alone in a hotel room at one point, and while she shows eagerness to be intimate with him, Eddie resists the temptation.

There are a few expletives throughout, too, including using God’s name in vain. However, one scene shows Eddie being corrected by Margaret when he says a foul word. When I asked Redford about how little foul language was used, he explained that it was the way that he wrote it. He said, “Maybe it was my own fantasy about the 1950s, but I feel people were more restrained in that time period.” He states that he was trying to stay true to the characters and wasn’t doing it to get any particular rating.

One issue Redford was interested in exploring in this story is interracial relationships, such as the marriage between Ernesto and Margaret and the romance between Eddie and Francesca. While he was not out to make any strong statements, he wanted to explore these issues in a period setting, in light of how they also resonate with us today. Redford did research talking to couples in that era as well because he wanted to present a more realistic view of it rather than the typical mythical one.

But the notion of a “spin” also relates to the idea of repentance, or turning around and changing. Eddie is consumed with his own problems and trials of life, but once he gets his focus off of himself and reaches out to help Francesca, he discovers his greatest blessing. Redford thinks that Eddie’s life finally begins once he is able to forget his own problems, and that Francesca’s need of him is really a gift for Eddie. Moreover, Jesus gave us an example to follow, saying that even He did not come to be served, but to serve, and to give His life as a ransom for many (Matthew 20:28).

Considering that this film is an independent project, it has surprisingly high production values. The cast works well—individually and as an ensemble—with superb performances by Paula Garces and Dana Delany. The music is also quite effective, and the wonderful cinematography by Paul Ryan evokes atmosphere and a strong mood. Some of the events are predictable and some moments a bit overly dramatized, but there is honest work being done here. If you’re looking for decent entertainment, give “Spin” a whirl.

Movie Critics
…Jamie Redford has pulled off what few others in his line of work seem to capable of doing these days: making a heartfelt drama without a trace of the overused quirkiness, bizarre symbolism and ironic detachment that are generally hallmarks of the indie genre…