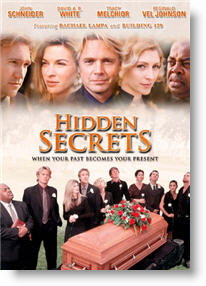 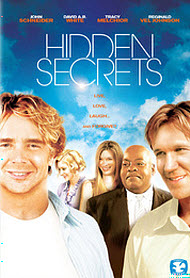 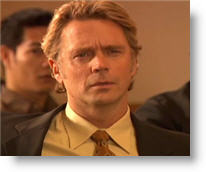 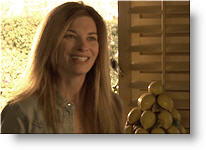 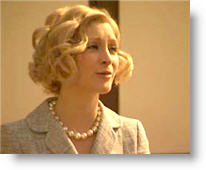 What is faith? Answer

“How well do you know your friends?”

Nine friends, who grew up together, return home with their significant others to attend the funeral of another one of their childhood friends, only to come face to face with their own individual issues, inner conflict, tension, and their own personal demons. Now, this scenario may sound familiar, but believe me, it’s not what you think. These cacophonies take place in a film called “Hidden Secrets,” which stars “Smallville”’s star John Schneider and “Mercy Street”’s, David A.R White.

Schneider and White portray two of the characters within the ensemble. Unfortunately, their characters along with the rest, had as much versatility and depth as the characters in the movie, “Clue.” After a while, these people weren’t characters anymore. They became stereotypes. Schneider played Gary Zimmerman, a guy who was the skeptic of the bunch, especially when it came to faith and Christianity, the doubter. White portrayed Jeremy Evans—a man who was a former youth pastor but is now struggling with his faith, not to mention trying to decide whether he wants to be with the woman he was going to marry or the woman he is engaged to now. We’ll call him the indecisive. His fiancée, Rachel, portrayed by “Step By Step” star Staci Keanan, is doing everything she can to make sure that Jeremy remains her man and that he finally closes the book of his former love. She is the manipulator.

To continue with the roll call, there is Harold Mirfin, portrayed by Gregg Brinkley, who is a very successful Christian writer, but is subservient to his domineering and overbearing wife. He is the geek of the group. His wife, Rhonda, played by Autumn Paul, is a fired up church attendee who likes to tell people how to live their lives, meddle with others, and has no tolerance for people who disagree with her version of the Christian faith. She is the perfect adversary for Schneider’s Gary. She is the Judge. Then there is Rhonda’s little brother Anthony Demeo, portrayed by Sean Sedgwick, who pretty much dropped out of everything he was involved with, but managed to keep his sister in line when she got out of hand. He is the buffer.

Sherry Hayden, played by “Bold and Beautiful” star, Tracy Lindsay Melchior, is dealing with the death of her brother and now, must deal with the fact that the man she once loved and still loves, Jeremy, is now engaged to another woman. She is the heart broken. Finally, in every movie now a days, there has to be a gay character which is Michael Stover, portrayed by “Parker Lewis Can’t Lose” star Corin Nemec, However, Michael became a new believer back in college thanks to Sherry’s deceased brother, but still struggles with his homosexual tendencies.

Wow! With a line-up like that, how could this movie go wrong? The answer: Easily. First of all, each character stayed pretty much on the same route. There were no signs of character development from the entire ensemble. Usually, a character’s trait goes through an (excuse the expression) evolution throughout the movie. As the story evolves, so should the character within the story. However, the change within each individual character wasn’t apparent until the very end. It was like the writer’s thinking was to stay the course, stay the course, stay the course; we’re getting close to the ending, then WHAM! It’s time for them to see the light. I don’t think so.

Another problem I had was the fact that everyone was there for a friend’s funeral, and yet that got lost in the story somehow. What also got lost was the point of the story. There were so many issues and personal dilemmas with each individual character; I had to ask myself what lesson did I learn from this movie? That God can save us from an alternative lifestyle? That Christians should not be so judgmental? That you should always go with your heart? These are all wonderful messages, but when it is all thrown at you at once, each message gets mixed up and lost within the story. At the end of “Hidden Secrets,” White’s character said something to the effect of how one person can make a difference in so many lives. If that was the lesson this film was trying to convey, I didn’t see it.

I could not in good conscious recommend this movie because there were just so many flaws. Don’t get me wrong, there were some good moments in the movie, but I hate to say that they were few and far between. It is this critic’s opinion that “Hidden Secrets” should stay hidden. On a grading scale, I give “Hidden Secrets” a “D+”.

Positive
Positive—This was a great movie. We took our youth to a Christian film festival, and this was the movie we chose. I enjoyed it greatly, and my youth group also liked it and understood the message being given. I plan to try to get a copy and show our entire church one evening.
My Ratings: Excellent! / 5

Andy Cason, age 42
Positive—This was a great movie! Unfortunately, I only got to see the last part of it. David A.R. White as usual was exellent as Jeremy. I really enjoyed the song space in between us. I wish I had the chance to see the entire movie. BUT the part I did see was FABULOUS. Hopefully, the next time it airs on TBN I will know the time it will be on.
My Ratings: Better than Average / 5

Shirley Burgess, age 48
Positive—I thought the movie was a great example of human diversity. It showed the strengths and weaknesses of people from all walks of life. It was a great movie in teaching the importance of grace, mercy and forgiveness. I really appreciate the portrayal of Rhonda. Too many women today are of this variety. And unless you watch an “over the top” show like GCB, you will never see the judgmental put in a negative light.
My Ratings: Moral rating: Excellent! / Moviemaking quality: 4