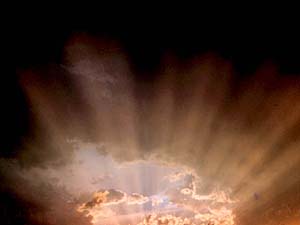 A number of skeptics ask this question. But God by definition is the uncreated creator of the universe, so the question Who created God? is illogical, just like To whom is the bachelor married?

Its important to stress the words in bold type. The universe requires a cause because it had a beginning, as will be shown below. God, unlike the universe, had no beginning, so doesn't need a cause. In addition, Einstein's general relativity, which has much experimental support, shows that time is linked to matter and space. So time itself would have begun along with matter and space. 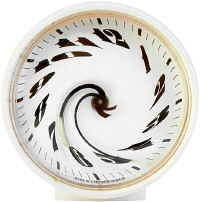 In contrast, there is good evidence that the universe had a beginning. This can be shown from the Laws of Thermodynamics, the most fundamental laws of the physical sciences.

So the obvious corollary is that the universe began a finite time ago with a lot of usable energy, and is now running down. 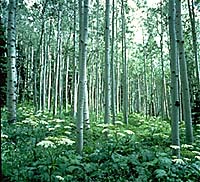 Now, what if the questioner accepts that the universe had a beginning, but not that it needs a cause? But it is self-evident that things that begin have a cause no-one really denies it in his heart. All science and history would collapse if this law of cause and effect were denied. So would all law enforcement, if the police didn't think they needed to find a cause for a stabbed body or a burgled house.

Also, the universe cannot be self-caused nothing can create itself, because that would mean that it existed before it came into existence, which is a logical absurdity.

There are only two ways to refute an argument:

Is the argument valid?

A valid argument is one where it is impossible for the premises to be true and the conclusion false. Note that validity does not depend on the truth of the premises, but on the form of the argument. The argument in this article is valid; it is of the same form as: All whales have backbones; Moby Dick is a whale; therefore Moby Dick has a backbone. So the only hope for the skeptic is to dispute one or both of the premises.

Are the premises true?

1. Does the universe have a beginning?

Oscillating universe ideas were popularized by atheists like the late Carl Sagan and Isaac Asimov solely to avoid the notion of a beginning, with its implications of a Creator. But as shown above, the Laws of Thermodynamics undercut that argument. Even an oscillating universe cannot overcome those laws. Each one of the hypothetical cycles would exhaust more and more usable energy.

This means every cycle would be larger and longer than the previous one, so looking back in time there would be smaller and smaller cycles. So the multicycle model could have an infinite future, but can only have a finite past.2

Also, there are many lines of evidence showing that there is far too little mass for gravity to stop expansion and allow cycling in the first place, i.e., the universe is open. 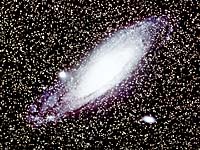 According to the best estimates (even granting old-Earth assumptions), the universe still has only about half the mass needed for re-contraction. This includes the combined total of both luminous matter and non-luminous matter (found in galactic halos), as well as any possible contribution of neutrinos to total mass.3

Some recent evidence for an open universe comes from the number of light-bending gravitational lenses in the sky.4 Also, analysis of Type Ia supernovae shows that the universes expansion rate is not slowing enough for a closed universe.5,6 It seems there is only 40-80% of the required matter to cause a big crunch.

Incidentally, this low mass is also a major problem for the currently fashionable inflationary version of the big bang theory, as this predicts a mass density just on the threshold of collapse a flat universe.

Finally, no known mechanism would allow a bounce back after a hypothetical big crunch.7

As the late Professor Beatrice Tinsley of Yale explained, even though the mathematics say that the universe oscillates, There is no known physical mechanism to reverse a catastrophic big crunch.

Off the paper and into the real world of physics, those models start from the Big Bang, expand, collapse, and that's the end.8

2. Denial of cause and effect

Some physicists assert that quantum mechanics violates this cause/effect principle and can produce something from nothing. For instance, Paul Davies writes:

But this is a gross misapplication of quantum mechanics. Quantum mechanics never produces something out of nothing. Davies himself admitted on the previous page that his scenario should not be taken too seriously.

Theories that the universe is a quantum fluctuation must presuppose that there was something to fluctuate their quantum vacuum is a lot of matter-antimatter potential not nothing.

Also, I have plenty of theoretical and practical experience at quantum mechanics (QM) from my doctoral thesis work. For example, Raman spectroscopy is a QM phenomenon, but from the wavenumber and intensity of the spectral bands, we can work out the masses of the atoms and force constants of the bonds causing the bands. To help the atheist position that the universe came into existence without a cause, one would need to find Raman bands appearing without being caused by transitions in vibrational quantum states, or alpha particles appearing without pre-existing nuclei, etc.

If QM was as acausal as some people think, then we should not assume that these phenomena have a cause. Then I may as well burn my Ph.D. thesis, and all the spectroscopy journals should quit, as should any nuclear physics research.

Is creation by God rational? 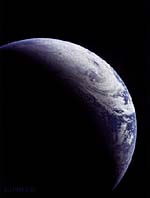 But the philosopher (and New Testament scholar) William Lane Craig, in a useful critique of Davies,10 pointed out that Davies is deficient in philosophical knowledge. Philosophers have long discussed the notion of simultaneous causation. Immanuel Kant (17241804) gave the example of a weight resting on a cushion simultaneously causing a depression in it. Craig says:

The first moment of time is the moment of God's creative act and of creation's simultaneous coming to be.

Some skeptics claim that all this analysis is tentative, because that is the nature of science. So this cant be used to prove creation by God. Of course, skeptics can't have it both ways: saying that the Bible is wrong because science has proved it so, but if science appears consistent with the Bible, then well, science is tentative anyway.

The Bible informs us that time is a dimension that God created, into which man was subjected. It even tells us that one day time will no longer exist. That will be called “eternity.” God Himself dwells outside of the dimension He created (2 Timothy 1:9, Titus 1:2). He dwells in eternity and is not subject to time. God spoke history before it came into being. He can move through time as a man flips through a history book.

Because we live in the dimension of time, it is impossible for us to fully understand anything that does not have a beginning and an end. Simply accept that fact, and believe the concept of God's eternal nature the same way you believe the concept of space having no beginning and end—by faith—even though such thoughts put a strain on our distinctly insufficient cerebrum.

More information can be found in the following works. Unfortunately they are too friendly towards the unscriptural big bang theory with its billions of years of death, suffering and disease before Adams sin. But the above arguments are perfectly consistent with a recent creation in six consecutive normal days, as taught by Scripture.

Copyright © 1998, 2003, Creation Ministries International, All Rights Reserved—except as noted on attached “Usage and Copyright” page that grants ChristianAnswers.Net users generous rights for putting this page to work in their homes, personal witnessing, churches and schools. Illustrations and layout copyright, 2003, Films for Christ