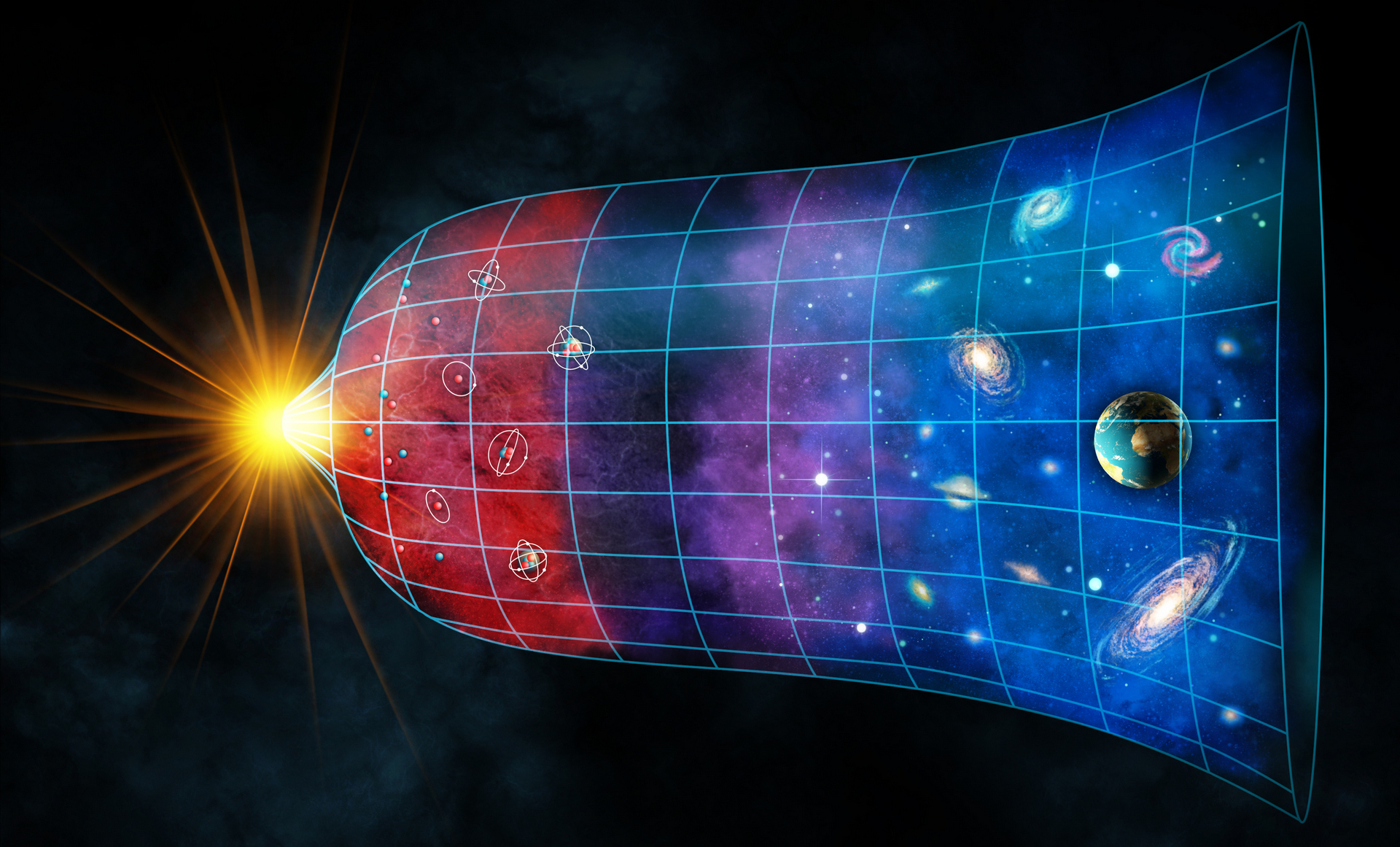 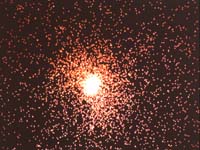 The big bang is usually defined as a random, chance event. Some instability supposedly developed in an original “kernel” of mass energy, and the universe then ballooned outward. However, Scripture clearly rules out such an accidental origin. A modified view of the big bang theory says that when the explosive event happened, it was directed by God. This is called theistic evolution and is an attempt to compromise the Bible with long-age evolutionary theories. It is rejected by many creationists because of its conflict with the order of events in Genesis. The following chart contrasts some of the chronological discrepancies between the Bible’s creation account and the big bang theory.

Creationists maintain that in the beginning God spoke and the Earth appeared--he commanded and the heavens stood firm (Ps. 33:9)! All the many stars appeared suddenly and supernaturally in space. Scripture does not imply an explosion, although the universe must have experienced a sudden, “explosive” input of ordered energy. Perhaps some astronomical data that seems supportive of the big bang theory, such as redshift and background radiation, needs to be looked at instead as evidence of a rapid creation. Once secular variation of the big bang theory refers to an “inflationary” big bang, the suggestion being that the universe developed and matured very quickly in its first moments. In this particular theory, secular science seems to have taken one step in the creationist direction. Further developments should be of interest in this area of theory and research.

The big bang as it is understood today is an inadequate theory. There are many fundamental problems that are seldom mentioned in popular literature. Some of the “missing links” in the theory are: