See this page in: Russian 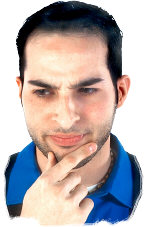 In order to be fair in the debate about matters of faith, it's not just the Christian who must be called to the witness stand. Even those who dispute or who otherwise persist in voicing skepticism about Christianity have some questions to answer. In fact, considering the evidence, it no doubt requires more faith to stand outside the circle of those who believe than to join it. To ensure integrity, therefore, on the part of even our readers who are not yet believers, here are a few issues about which you too should be able to give an account.

The student received an 'A' in the class.

Copyright Copyright © 2001, AIIA Institute, All Rights Reserved—except as noted on attached “Usage and Copyright” page that grants ChristianAnswers.Net users generous rights for putting this page to work in their homes, personal witnessing, churches and schools.