How is it possible for reasonable, intelligent, well-educated people to hold such diametrically opposite views as Evolutionism and Creationism? 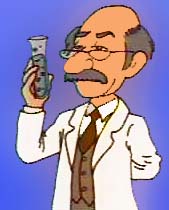 The Nature of Science and Scientists

There is no unique human species called Homo scientificus. Scientists are not separate from the rest of humanity. Scientists are not a class of superior beings with super-human abilities to know the ancient past; they are just people. None is all-knowing.

Being people, scientists do not always objectively seek truth, wherever it might lead. All people hold biases toward particular viewpoints. 1 Because scientists are human (subject to self-deception, pride, self-interest, etc.), there are those in both camps (Evolutionist and Creationist) who do not always practice good science. No person or institution is infallible or above all question.

Each person's particular set of biases is a result of personal life experiences, relationships, parents, schools, peers, teachers, personal practices, and the pressures of life. It is difficult for any person to deal objectively with evidence potentially destructive to one's own cherished beliefs or pride 2 - or detrimental to perceived personal security, in whatever form.

"Scientists, contrary to the myth that they themselves publicly promulgate, are emotional human beings who carry a generous dose of subjectivity with them into the supposedly 'objective search for The Truth'. …The anonymous aphorism, 'I wouldn't have seen it if I hadn't believed it' is a continuing truth in science. And of course, it cuts two ways: you often see what you expect to see and not what you don't." 2

(For further information on the fallibility of scientists, see endnote 3.) 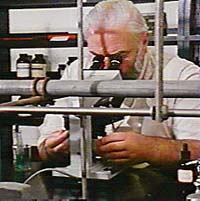 Despite the impression science textbooks give, brilliant new ideas are not always welcomed or even given fair consideration. Politics intervene as often as logic. Scientists are humans first, scientists second.

In one way or another, bias and presuppositions 4 affect every scientist's theories, priorities, research, methods, decisions and interpretations. Whether it be molecules, test results or rocks, evidence cannot evaluate, prioritize, or interpret itself. Humans suggest meanings for evidence - interpreting it, based on their beliefs, and building theories upon it. 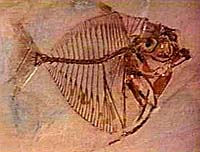 The fossil of any ancient extinct animal can be used as an example. A fossil is a material fact having dimensions, texture, weight and shape. However, that is all it is, just a particular hard object with shape. It comes with no label detailing its true significance and meaning. There are no attached photographs of the living animal showing its actual appearance, color, habits, environment or ancestors. 5

Detailed illustrations and colorful descriptions of long-extinct animals and their origins which are based merely on fossils are not ultimate truth. They are only the fallible, biased interpretations of human beings working with limited knowledge and no direct experience with the living animal.

The rocks and the fossils are facts. But labels such as “Cambrian,” “Cretaceous,” and the like are interpretations. There are no “time machines” to transport scientists into the past. Thus, in many ways, science is very limited in what it can know with certainty about the ancient past. In all descriptions of origins, one must be very careful to discern between fact and fiction and between reality and philosophical belief. 6

Can both Evolutionists and Creationists be classified as true scientists? The answer is certainly “yes.” Many of our world's greatest scientists have been Creationists. [more information]

Partial list of Creation-scientists with earned doctorates in science - Go…

“It might also be pointed out that scientists are not quite as objective as they say they are. It is simply not possible for the scientist to detach himself completely from the theories and hypotheses which he espouses. This is particularly true when they are different or new. He finds considerable pride of authorship and an intense personal loyalty to ideas which he has developed. For this reason there is a great deal of subjectivity in science.” —John W. Klotz, “Assumptions in Science and Paleontology,” in Paul A. Zimmerman, editor, Rock Strata and the Bible Record (St. Louis: Concordia Publishing House, 1970), pp. 24-39 (quote from p. 25, emphasis added).

Robert A. Nisbet, "A Presuppositional Approach to the Four View Model of Biological Origins," Origins Research, Vol. 11, No. 2 (Fall-Winter 1988), pp. 1, 14-16 (discusses some of the presuppositions and assumptions of scientists who believe in either Evolutionism, theistic Evolutionism, or Creationism).

“It is clear that much of the structure of modern Evolutionary paleontology rests upon assumptions which are by their very nature not capable of verification… There is no disagreement with many of the observations of paleontology, but there may be disagreement with the interpretations which are placed on these observations.” —John W. Klotz in Paul A. Zimmerman, editor, Rock Strata and the Bible Record (St. Louis: Concordia Publishing House, 1970), p. 39 (emphasis added).


Copyright © 1998, Films for Christ, All Rights Reserved—except as noted on attached “Usage and Copyright” page that grants ChristianAnswers.Net users generous rights for putting this page to work in their homes, personal witnessing, churches and schools.