Do real scientists believe in Creation?

"I have seen anti-creationists claim that all true scientists support Evolution, and that those who support Creation are not really scientists and that their credentials are less than legitimate. Is this true?"
-Frank 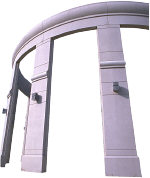 It is true that during the 20th century, many scientists accepted Evolutionism, in part or in whole. As secular science writer Richard Milton recently observed:

"An important factor in bringing about the universal dominance and acceptance of Darwinian evolution has been that virtually every eminent professional scientist appointed to posts in the life sciences in the last 40 or 50 years, in the English-speaking world, has been a convinced Darwinist. …These men, as well as occupying powerful and important academic teaching positions, were also prolific and important writers whose influence has been widespread in forming the consensus." 1

Despite strong pressure to accept evolutionism, many intelligent and experienced scientists either openly or secretly dismiss Evolution as highly unlikely or impossible. In the 1980s, researcher and lecturer David Watson noted an increasing trend that continues today, disturbing those who want evolutionism to be perceived as the accepted scientific consensus:

"…A tidal wave of new books… threaten to shatter that confidence - titles like Darwin Retried (1971), Macbeth; The Neck of the Giraffe: Where Darwin Went Wrong (1982), Hitching; The Great Evolution Mystery (1983), Taylor; The Bone Peddlers: Selling Evolution (1984), Fix; Darwin Was Wrong - A Study in Probabilities (1984), Cohen; Darwinism: The Refutation of a Myth (1987), Lovtrup; and Adam and Evolution (1984), Pitman. Not one of these books was written from a Christian-apologetic point of view: they are concerned only with scientific truth - as was Sir Ernst Chain when he called evolution 'a fairy tale'." 2 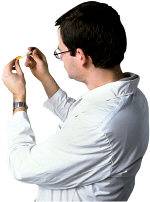 "Scientists who utterly reject Evolution may be one of our fastest-growing controversial minorities… Many of the scientists supporting this position hold impressive credentials in science." 3

One example is the late Dr. Arthur E. Wilder-Smith, an honored scientist with an amazing three earned doctorates. He held many distinguished positions. 4 A former Evolutionist, Dr. Wilder-Smith debated various leading scientists on the subject throughout the world. In his opinion, the Evolution model did not fit as well with the established facts of science as did the Creation model of intelligent design.

"The Evolutionary model says that it is not necessary to assume the existence of anything, besides matter and energy, to produce life. That proposition is unscientific. We know perfectly well that if you leave matter to itself, it does not organize itself - in spite of all the efforts in recent years to prove that it does." 5

Secular researcher Richard Milton summarized the current world situation: "Darwinism has never had much appeal for science outside of the English-speaking world, and has never appealed much to the American public (although popular with the U.S. scientific establishment in the past). However, its ascendancy in science, in both Britain and America, has been waning for several decades as its grip has weakened in successive areas: geology; paleontology; embryology; comparative anatomy. Now even geneticists are beginning to have doubts. It is only in mainstream molecular biology and zoology that Darwinism retains serious enthusiastic supporters. As growing numbers of scientists begin to drift away from neo-Darwinist ideas, the revision of Darwinism at the public level is long overdue, and is a process that I believe has already started." 6 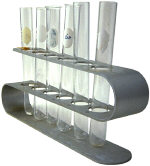 (Note: The following list is very incomplete. Inclusion of any person on this list is in no way an endorsement, nor does it necessarily indicate anything about their religious beliefs.)

A more thorough list of current (and past) Creationist scientists is not provided for two reasons: (1) A complete list would be extremely lengthy, and (2) Some scientists would rather not have their name made public due to justified fear of job discrimination and persecution in today's atmosphere of limited academic freedom in Evolutionist-controlled institutions.