RELIGIONS—Many ways to God? Aren’t all religions basically the same?

See this page in: German, Korean
“When Christians, Jews, Buddhists, and others pray to their god, all of those individuals are actually praying to the same god, but simply using different names for that deity.”
—registered opinion of four of every ten American adults (Barna poll)

Are these Americans right or wrong? Mahatma Gandhi of India once said:

“The soul of religion is one, but it is encased in a multitude of forms.”

Is this true or false?

“In reality, there is only one religion, the religion of God. This one religion is continually evolving, and each particular religious system represents a stage in the evolution of the whole,” claims the Bahá'í faith on its official Web site at bahai.org.

Are the Bahá’ís correct or incorrect? What about the Hindus?

“In whatever way men approach Me, even so do I go to them.”

Is Christianity's claim of uniqueness and exclusivity misleading and baseless? Or is it necessarily true? 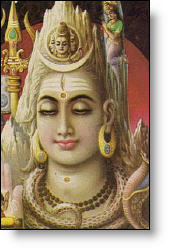 Even a cursory examination of comparative belief charts and data* quickly reveals that different religions make very different truth claims on a number of even basic issues. And they do so in a definitive manner. In other words, as any knowledgeable student of comparative religions will tell you, every religion—not just Christianity—claims exclusivity.

Here are a few examples:

“Jesus is unique among religious leaders in claiming to bring God to our world in His own person and making good that claim by such powerful evidences.”

Apologist and author, C.S. Lewis said that when it comes to the categorical claims of Jesus Christ regarding His Divinity… 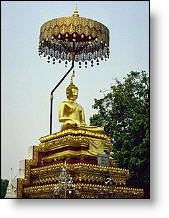 There is no half-way house, and there is no parallel in other religions. If you had gone to Buddha and asked him, ‘Are you the son of Brahah?’ he would have said, ‘My son, you are still in the vale of illusion.’

If you had gone to Socrates and asked, ‘Are you Zeus?’ he would have laughed at you.

If you had gone to Muhammad and asked, ‘Are you Allah?’ he would first have rent his clothes and then cut off your head.”

“Perhaps the greatest difference of all [among religious views] lies in the Christian assertion that none of us can save ourselves and make ourselves acceptable to God, try as we may: all the other faiths assert that by keeping their teachings a person will be saved, fulfilled or reborn.”

Text Copyright © 2004, AIIA Institute, All Rights Reserved—except as noted on attached “Usage and Copyright” page that grants ChristianAnswers.Net users generous rights for putting this page to work in their homes, personal witnessing, churches and schools. 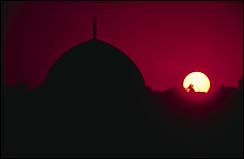 All religions are not the same—Biblical Christianity is absolutely unique among all the religions and philosophies of mankind. Its claim to be necessary for salvation is based squarely on the uniquely powerful evidences for its truth and finality. Actually, true Christianity is not a religion, but a person, Jesus Christ.

Thus, Christianity is unique in the following fundamental respects, among many others.

There is no mere “religion” in all the world like this. Jesus Christ is the world's Creator, and its only true Redeemer.

“Neither is there salvation in any other; for there is none other name under heaven, given among men, whereby we must be saved” (Acts 4:12).

Authors: Henry Morris and Martin Clark, adapted from their book The Bible Has the Answer, published by Master Books.