What is Monism and Pantheistic Monism? Who believes in Monism? Is it biblical? 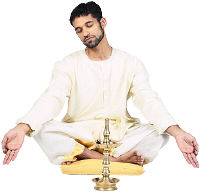 Monism: Defined as the view that reality is a unified whole and that all existing things can be ascribed to, or described by, a single concept or system. It is the doctrine that mind and matter are reducible to the same ultimate substance or principle of being.

Pantheistic Monism: Identifies God with the universe and all that is in it. It is handily summarized by the line: "All is One, One is All, All is God.

Monism and Pantheistic Monism both have historical roots in the religious and worldviews of the East.

Are these the same or different than Monotheism?

Monotheism, by contrast, is the doctrine that there is only one God, and that He is personal and separate from His creation. Monotheism has its roots in the faith systems of the West.

Have the monistic thoughtforms of the East come West undercover?

You be the judge.

Hinduism (Advaita Vedanta upholds the concept of one infinite, undifferentiated, impersonal, divine essence of bliss and consciousness (satchitananda) called Brahman, which is said to be the only reality. All else is illusion, the dream of Brahman, including the entire material world, e.g., trees, flowers, stars, and even people. Brahman cannot be rationally defined (neti netic = not this, not that).

Brahman, then, is unthinking, unknowing, and unknowable.

Taoism is an Eastern system of religious thought. B. Pierce comments on A Synthesis of Taoist Philosophy: "Tao is the essence of the universe and could be viewed as 'God'."

Lifespring (identified as the human potential movement) is a New Age training seminar taken by over 300,000 individuals, founded by John P. Hanley in 1974, and based on the monistic philosophy that all is one. According to Lifespring, "The Absolute within transcends all dualities, including good and evil."

Swami Adbhutananda makes this observation: "Good and evil have no absolute reality."

Silva Mind Control (SMC) is a spiritualistic self-help seminar founded by Jos Silva in Laredo, Texas in 1944. Today, it has grown to be a large international corporate structure. Note the following excerpt from the SMC newsletter:

"Everything is in some respect the universal mind and the creation of that mind… Each one of us is an idea in the universal mind. Man chooses to think of himself as a separate being… but actually we participate in this mind as an atom of water participates in the substance of the ocean."

"You are always a part of God, because you are never apart from God. This is the truth of your being. We are Whole. So now you know the whole truth." "So go ahead! Mix what you call the profane and the profound—so that you can see that there is no difference, and experience All as One." "I Am What I Am: All That Is."

A Course in Miracles, a very popular text and New Age spiritual tome contemplated thus far by over 1,000 study groups in America, teaches that "separation is a dream from which we need to awaken… joining with each other and undoing the separation which gave rise to the dream."

Irwin Kula, a Conservative Jewish rabbi, as quoted from an appearance on Frontline (a production of WGBH Boston, Faith and Doubt at Ground Zero, aired on public television September 3, 2002):

"When you see the seamlessness of it all, that's what I mean by God."

"I guess if you ask me what did 9/11 really do, it made me understand the truth that everything is one."

Deepak Chopra is the author of The Seven Spiritual Laws of Success, reviewed here by Doug Groothuis:

"Chopra's monism (the idea that all is one) really undermines the idea of giving. If all is one flow, there are no givers or receivers at all. Neither could anything really be wrong if everything is equally part of the divine intelligence. The basis for morality dissolves."

Charles Manson: "If God is One, what is bad?"

"[Monism's] cultural acceptance would destroy both individual and societal purpose in life. The Eastern religions… deify man, depersonalize God, make the creation an 'illusion,' and justify and promote social apathy, to name just several serious consequences. India… is supposed to be the land of perpetual spiritual enlightenment…[but] one needs only to examine the cultures in which the concept of God as a personal Creator has been rejected to see the unhappy results."

"For they exchanged the truth of God for a lie, and worshipped and served the creature rather than the Creator, who is blessed forever. Amen." (Romans 1:25)

If you are a follower of Jesus Christ who is interested in sharing your faith with people who follow a Monistic philosophy, please visit our Web site about Effective Evangelism.