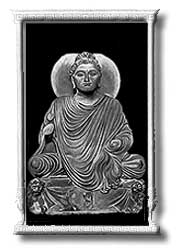 The Buddha (“Enlightened One”) was born in Nepal and named Siddhartha Gautama (later known as Sakyamuni). He was an Indian philosopher. All accounts of life that are known today were written by followers, long after his death.

There are an estimated 500+ million adherents of Buddhism in the world, with up to two million here in America. But whether you’re Buddhist or not—just in the interest of further dialogue—we’d invite your response to the following.