An open letter to Taoists

See this page in: Korean

This article is addressed mainly to those of you who adhere to and/or are proponents of one of three major Eastern religious and philosophical traditions—Hinduism, Buddhism, Taoism. This article is addressed particularly to those of you who lean toward a Toaist (or Daoist) view of life. Only a very limited number of individuals living here in the West today would consider themselves Taoist by religion, but in terms of a Taoist thoughtform you certainly do have significant company. 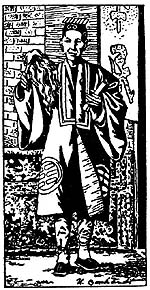 “Those who know don’t say, and those who say don’t know.”

In the sixth century B.C. Lao-tzu, the purported founder of Taoism, said (and wrote) many things about Taoism. And certainly this very famous Taoist saying has now been said. Are we therefore to understand that no one who has ever spoken for Taoism in the past (including Lao-Tzu himself), or who would ever speak for Taoism in the future, actually knows anything about Taoism or 'Taoist truth'?

If the Tao is truly inexpressible, how is it that these attributes of the Tao are then being expressed?

“Vacancy, stillness, placidity, tastelessness, quietude, silence, non-action—this is the level of Heaven and Earth, and the perfection of the Tao” (Max Mueller, Sacred Books of the East, London: Krishna Press).

These adjectives could just as easily describe my cat as he sits and stares at nothing on one of our long Maine winter evenings. His nickname could be Wu Wei (Tao for inaction). This is really a description of mindlessness. But the Christian Bible advises me to love the Lord with all my mind—in spirit and in truth.

“Tao is the essence or substance of the universe and could be viewed as 'God'” (Barry Pierce, via the Internet, in A Synthesis of Taoist Philosophy).

The God of the Bible is monotheistic, separated from the universe, and personal. You are describing a monistic 'God' who is all. The two are not the same.

THE TAO TE KING (Tao scripture) is a book of about 5,500 words. Among other things, it advances the idea that government rulers should lead by non-action. No ruler anywhere in the world has ever considered such advice to constitute a workable plan or a viable option.

If Lao-Tzu’s advice has proven so ludicrous and unworkable in one area, how is he credible in others?

“Once I, Chuang Chou, dreamed that I was a butterfly. Suddenly I awoke, and there I was, visibly Chou. I do not know whether it was Chou dreaming that he was a butterfly or the butterfly dreaming it was Chou” (Chuang-Tzu, disciple of Lao-Tzu, 4th century B.C.).

Since no butterfly is ever known to have questioned whether or not he was a butterfly, much less recorded such a predicament, it is probably safe to assume that you are Chou and not the butterfly. 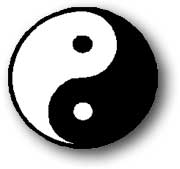 Has it ever occurred to you that Taoism itself may be a yin of misguided thinking, in need of deliverance from the 'yang' of truth? Jesus once said,

“ye shall know the truth and the truth shall set you free.”
—John 8:32

Could it be that Jesus is the answer for Taoists?

“There was something undefined and complete, coming into existence before Heaven and Earth. It may be regarded as the Mother of all things. I do not know its name…” (The Tao Te King, chapter XXV).

The Apostle Paul, at the original Areopagus in ancient Greece spoke with great authority:

“What therefore you worship in ignorance, this I proclaim to you…the God who made the world and all things in it… He is Lord of heaven and earth…” (Acts 17:23-24).

Is Jesus Christ the answer?

Why is the world the way it is?