Is God biased? Is it fair to save only some?

See this page in: Dutch, Portuguese 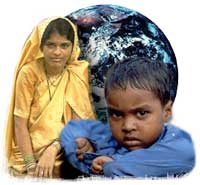 Jesus, in His Sermon on the Mount, once said,

“Enter by the narrow gate; for the gate is wide, and the way is broad that leads to destruction, and many are those who enter by it.” —Matthew 7:13 NASB

If it is true that many more people on this planet will end up spiritually lost than saved, how can we realistically consider God fair?

If by “fair” we insist on meaning that God be absolutely equitable in how He relates to, or gifts, every individual, then we end up with what may amount to an impossible criteria for even an omnipotent God. No two individuals—not even clones—could ever be given the exact same gifts and circumstances in life. But if by “fair” we mean decent, just, good, gracious, and objective—then yes, God is eminently fair to all men.

There is, of course, also a sense in which God, who alone knows and is able to factor in every nuance and detail of an individual’s personality, awareness, background, abilities, life-circumstance, and potential response(s) to general revelation, may already have conceivably been fully equitable (if such could ever be known) in His relationship with men. —Daryl E. Witmer

But… if a man can’t choose God until or unless God has first chosen him, and drawn him in grace to Himself (John 6:44), and if God does not draw all men equally, or offer the exact same opportunity to all men to be saved, then it would certainly seem that He is being partial.

“For there is no partiality with God” —Romans 2:11

“Partiality, in the sense that objectors commonly use the word, is impossible in the sphere of grace. It can exist only in the sphere of justice, where the persons concerned have certain claims and rights.” —Loraine Boettner, in The Reformed Doctrine of Predestination, © 1932 P&R Publishing

“Damnation is rendered to the wicked as a matter of debt, justice and desert, whereas the grace given to those who are delivered is free and unmerited, so that the condemned sinner cannot allege that he is unworthy of his punishment, nor the saint vaunt or boast as if he were worthy of his reward. Thus, in the whole course of this procedure, there is no respect of persons.” —Augustine

“A beggar who contemptuously rejects the five dollars offered by a benevolent man, cannot charge stinginess upon him because after this rejection of the five dollars he does not give him ten.” —W.G.T. Shedd

“If it be asked, Why does God not bestow the same or equal blessing upon all people? we can only answer, that has not been fully revealed. We see that in actual life He does not treat all alike. For wise reasons known only to Himself He has given to some blessings to which they had no claim…and has withheld from others gifts which He was under no obligation to bestow.” —Loraine Boettner, (in The Reformed Doctrine of Predestination, © 1932 P&R Publishing 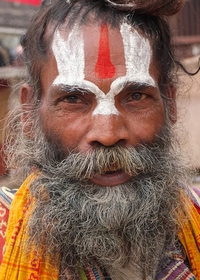 “We ask about being fair. I don’t think God owes it to anyone who doesn’t want Christ to give them the desire to want what they need. He doesn’t owe that to anybody. The problem is that if God does it for some, why doesn’t He do it for all? I can only say to you that I have no idea why He doesn’t do it for all. But this I do know and ask you to think about carefully: Just because He does it for some in no way requires that He do it for everybody else—because grace is never required. God always reserves this prerogative ‘I will have mercy upon whom I will have mercy.’ It’s not up to us to direct God’s mercy.” —R.C. Sproul, Now, That’s a Good Question, © 1996 Tyndale—emphasis added

“I find it hard when I think of my Libyan neighbors, knowing that there are virtually no known Libyan Christians today. We would be callous in the extreme if we did not long to find some way whereby some of them at least could be saved.

But the biblical way to achieve this is not to look for hints in Scripture to encourage our wishful thinking. Rather, it is by the loving and costly friendship and evangelism of committed Christians that Libyans will be won. We can hardly blame our forefathers for their deals with Islam if we do not seek to make amends by giving Muslims the chance to hear the Gospel when they come here.” —God, That’s Not Fair, by Dick Dowsett, © 1982 by Overseas Missionary Fellowship, formerly China Inland Mission. Reprinted April 1983. Excerpted from ch. 4. Used with permission.

What about those who have never heard the Gospel? 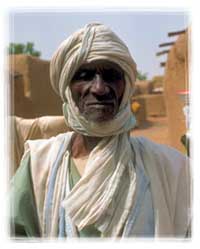 The traditional Christian position on this subject is that no one can or ever will be saved apart from Christ. Jesus Himself once made the following categorical statement:

Yet in the case of a native tribesman living deep in some remote African jungle who has never heard of Jesus Christ, what will God do—if He is, in fact, a just God?

Many theologians teach that…

“God will give eternal life to anyone who responds to His general revelation in nature and in conscience… [however this] doesn’t mean that a person can be saved apart from Christ. It would be that the blood of Christ or the sacrifice of Christ was applied to that person even though he did not have any conscious knowledge of Christ.” —as quoted from William Lane Craig in a debate held at Willow Creek Community Church, June 27, 1993

Romans chapters 1 and 2, referring to the general revelation of God in His creation, is often cited for this response. But this position can only be inferred—it is not explicitly stated anywhere in Scripture.

What actually happens to those who have not heard the Gospel of Christ depends upon several factors.

Does all this detail somehow seem trivial to you? Be certain that it is not! In fact, this subject in all of its related subtlety is absolutely critical. Among other things, for instance, correct Biblical exegesis on this subject provides an unequaled incentive for the continued Christian mission of proclaiming the Gospel of Jesus Christ to the ends of the Earth. As Romans 10:14 says,