THE MESSIAH—How do we know that Jesus was the Messiah? 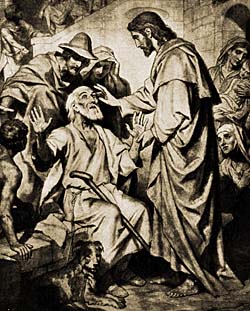 The word “Messiah” means "Anointed One," the name given to the promised Deliverer who would some day come to the people of Israel as their great Savior and Redeemer, “anointed” as Prophet, Priest, and King by God Himself.

Some, of course, are still looking for the fulfillment of these Old Testament promises in the future, when the “Messiah” will come to establish a world kingdom of peace and justice centered around the chosen nation, Israel.

On the other hand, the group of Jewish believers who became the first founders of Christianity were convinced that Jesus of Nazareth was their promised Messiah. The name “Christ” is the Greek equivalent of “Messiah,” so that the name Jesus Christ really means "Jesus the Messiah," or "Jesus the anointed." They preached this truth with such conviction and power that not only many Jews but, later, a still greater host of Gentiles, believed on Jesus, both as the Christ and also as the Lord and Savior of all men.

And indeed they had good reason for such faith. The Old Testament Messianic prophecies were found to be uniquely fulfilled in the Lord Jesus Christ. There are hundreds of these prophecies, so that the possibility of their accidental convergence on any ordinary man is completely ruled out by the laws of probability.

Some of the prophecies are so framed, in fact, as to preclude their fulfillment by anyone living after the first century A.D. For example, the patriarch Jacob said, in Genesis 49:10, "The scepter shall not depart from Judah, nor a lawgiver from between his feet, until Shiloh come." The name “Shiloh” is a title of the Messiah, and the prophecy states that Judah's tribe would remain the chief tribe in Israel, in particular providing their kings, until Messiah would come. The prophecy must have been fulfilled prior to the destruction of Judah and Jerusalem in A.D. 70, by which time certainly all semblance of a scepter had departed from Judah.

Similarly the promise was given to King David that the Messiah should be one of his descendants, as the King eternal, the one of whom God said, “I will establish the throne of his kingdom for ever” (II Samuel 7:13). Isaiah said, "There shall come forth a rod out of the stem (literally 'stump') of Jesse (that is David's father), and a Branch shall grow out of his roots" (Isaiah 11:1). This is another name of the Messiah, and indicates that, even after it would appear that the family tree of Jesse has been cut down, yet one Branch will grow out of the stump. Evidently the very last one who could be known to have come of this lineage would finally prove to be the promised Messiah!

This was fulfilled uniquely in Jesus. His foster father, Joseph, was in the royal line from David and thus held the legal right to the throne (Matthew 1:1-16). His mother, Mary, was also a descendant of David, as shown by her genealogy in Luke 3:23-31. But ever since the time of Jesus, it would be quite impossible to establish the legal or biological lineage of any pretender to David's throne, as all the ancient genealogical records were destroyed soon after that.

An even more striking prophecy is given in Daniel 9:24-27. There Daniel was told explicitly that Messiah would come 69 “sabbaths” (that is, 69 sabbatical years - a total of 483 years) after the decree was given to rebuild Jerusalem, which at that time lay in ruins after Nebuchadnezzar, king of Babylon, had destroyed it.

Such a decree was given later by the Persian emperor. Although the exact date of the decree is somewhat uncertain, the termination date of the prophecy must have been some time in the first century A.D. In fact, it must have been before the destruction of the city and the temple by the Romans in A.D. 70, because the prophecy said quite explicitly: “After (the 483 years) shall Messiah be cut off, but not for himself; and the people of the prince that shall come shall destroy the city and the sanctuary” (Daniel 9:26). Not only must Messiah come before this destruction, but He was also to be“cut off,” rejected and killed, before it came. 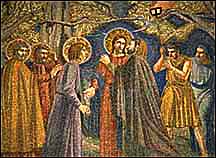 It is obvious that no one but Jesus could have fulfilled these prophecies. The prophecies absolutely preclude any still future Messiah, except that even that hope also will find its fulfillment in the second coming of Christ.

And then, of course, there are still hundreds of other prophecies, all of which were fulfilled by Jesus Christ: His virgin birth (Isaiah 7:14); His birth in Bethlehem (Micah 5:2); His sacrificial death (Isaiah 53:5); His crucifixion (Psalm 22:14-18); His bodily resurrection (Psalm 16:10); and many others. All of these unite in their witness that “Jesus is the Christ, the Son of God” (John 20:31).

The probability that hundreds of such specific predictions, each quite independent of the others, could all be fulfilled concurrently in one individual, is unlikely in the highest degree, especially in view of the miraculous nature of many of them (e.g., the virgin birth, the resurrection, etc.). No rational conclusion seems possible except that Jesus is all He claims - Messiah, Savior, Lord and God.

Excerpt from The Bible Has the Answer, by Henry Morris and Martin Clark,
published by Master Books.