What is the…
Resurrection of Christ 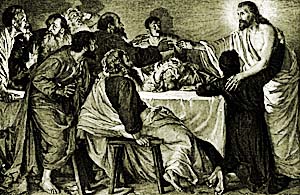 Jesus Christ's resurrection from the dead is one of the cardinal facts and doctrines of the gospel.

See our dramatic video on-line about the resurrection, a scene from The HOPE
(or watch the entire film

First century tomb at the Church of Holy Sepulcher, Jerusalem.

“Jesus' tomb” (Church of Holy Sepulcher, Jerusalem). “There are two sites claiming to be the location of the tomb of Jesus: the Church of the Holy Sepulchre and the Garden Tomb.” 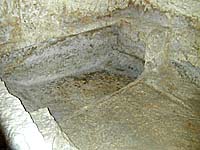 “Jesus' tomb” at the Garden Tomb (Jerusalem). “The Garden Tomb was identified as the tomb of Jesus only in the late 1800s and lacks historical credibility.” 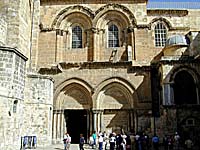 “A long tradition going back to the first century, however, maintains that Jesus' tomb is at the Church of the Holy Sepulchre in the Old City of Jerusalem. In the 4th century, Constantine supposedly located the tomb site beneath a second century Roman temple. He constructed a church over it. This church has been restored and maintained over the centuries ever since. It is today shared by six faiths: Latin Catholics, Greek Orthodox, Armenians, Syrian, Copts and Ethiopians.”
Information provided by Associates for Biblical Research. Photos provided by ChristianAnswers Associate, BiblePlaces

The evangelists give accounts of the facts connected with that event, and the apostles, also, in their public teaching insist upon it.

How many times did Jesus appear after his death and resurrection?

Who performed the resurrection?

Why is the resurrection important? 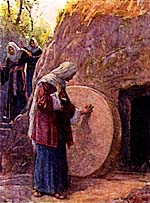 The resurrection is a public testimony of Christ's release from his undertaking as surety, and an evidence of the Father's acceptance of his work of redemption. It is a victory over death and the grave for all his followers.

Our justification was secured by his obedience to the death, and therefore he was raised from the dead (Romans 4:25).

His resurrection is a proof that he made a full atonement for our sins, that his sacrifice was accepted as a satisfaction to divine justice, and his blood a ransom for sinners. It is also a pledge and an earnest of the resurrection of all believers (Romans 8:11; 1 Corinthians 6:14; 15:47-49; Philippians 3:21; 1 John 3:2). As he lives, they shall live also.

“If Christ did not rise, the whole scheme of redemption is a failure, and all the predictions and anticipations of its glorious results for time and for eternity, for men and for angels of every rank and order, are proved to be chimeras. ‘But now is Christ risen from the dead, and become the first-fruits of them that slept.’ Therefore the Bible is true from Genesis to Revelation. The kingdom of darkness has been overthrown, Satan has fallen as lightning from heaven, and the triumph of truth over error, of good over evil, of happiness over misery is for ever secured.” —Charles Hodge

What about claims that Jesus did not rise from the dead?

With reference to the report which the Roman soldiers were bribed (Matthew 28:12-14) to circulate concerning Christ's resurrection, “his disciples came by night and stole him away while we slept,” Matthew Henry in his “Commentary,” under John 20:1-10, fittingly remarks,

“The grave-clothes in which Christ had been buried were found in very good order, which serves for an evidence that his body was not ‘stolen away while men slept.’ Robbers of tombs have been known to take away ‘the clothes’ and leave the body; but none ever took away ‘the body’ and left the clothes, especially when they were ‘fine linen’ and new (Mark 15:46). Any one would rather choose to carry a dead body in its clothes than naked. Or if they that were supposed to have stolen it would have left the grave-clothes behind, yet it cannot be supposed they would find leisure to ‘fold up the linen’.”