for pervasive crude sexual content, some nudity and language 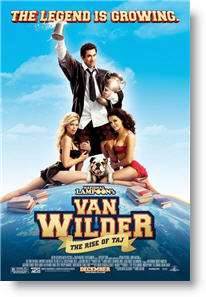 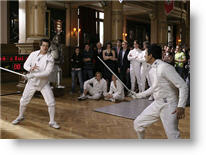 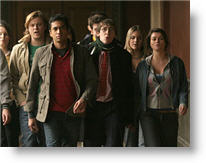 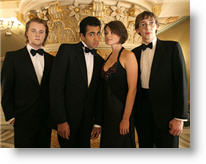 Movie review page for the prequel to this film: National Lampoon's Van Wilder

Movie review page for the prequel to this film: National Lampoon's Van Wilder

Please forgive me. Up to this point I haven’t seen the original, but from what I’m told, the first movie was considered the breakout role for Ryan Reynolds, as he starred as a college guru named Van Wilder who stayed for continuous semesters at school while he partied hard. Kal Penn starred as his protégé, Taj Mahal Badalandabad. The film was considered a mild hit, grossed $38 million worldwide, and earned cult classic status on DVD.

It wasn’t long before a sequel was considered. Judging by the title, you’d think Van Wilder would return for this sequel. Nope, he’s only mentioned by name. This time, the movie centers around Taj (Penn) as he gets accepted into the prestigious Cambridge University in London. He hopes to join the elite Fox and Hounds fraternity that has been a tradition in the Badalandabad legacy.

Once he arrives on campus, however, a hideous prank is played by the bullish Pipp Everett (Daniel Percival), and he is automatically sent to the barn to live with the ‘rejected’ students. The students in the barn include: Seamus (Glen Barry), a literal fighting Irishman who is rough and ready, Gethin (Anthony Cozens), a Harry Potter-ish nerdy genius, and Sadie (Holly Davidson), a pretty young lass with a bit of a dirty mouth. Taj tries to convert them in the ways of coolness, as was instructed to him by Wilder, and with his own teaching method. He has them form their own fraternity club, the “Cock and Bulls.”

As moviemaking quality goes, “The Rise of Taj” doesn’t do much for the audience. It gets points for having the lead character being of Indian decent, and there are undertones of racism in the movie. One particular standout scene is when the Pipp informs Taj that he can’t be accepted into a fraternity because of a typographical error, only to find out this sort of bullying happened to the members of the Cock n’ Bulls, and to his own father. Pipp is like other bullies in these types of movies, self-centered and cruel, so there’s nothing much new added to his ego.

Other than that, it’s just the same old schlock that populates movies in this genre: sex, drugs, nudity, bad language, although it’s actually quite tamer in some scenes than others. There is flirtation at the beginning of the film between Taj and Charlotte, but it doesn’t heat up until part way through the movie.

Even though Taj is surrounded by temptation, he does express his feelings that Charlotte is the one for him. The National Lampoon company plans to create a sequel/spinoff of this film series with a character from the previous feature in the next one; let’s hope that the Van Wilder circle ends here so we won’t witness a part three anytime soon. This one wasn’t as bad as I thought it would be, when it comes to teenage comedies, but Hollywood can do better. Seriously.

Negative—This film is dumb! I do not recommend this; zero morality…
My Ratings: Very Offensive / 1½