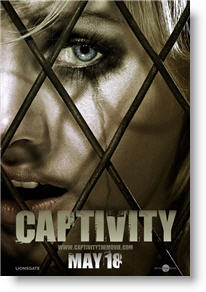 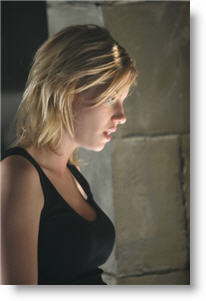 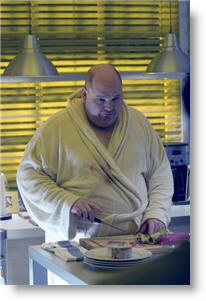 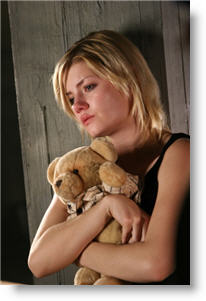 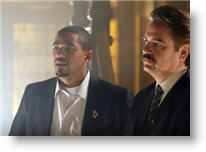 “Captivity” is the latest in a seemingly endless string of the newly formed sub-genre of horror, that being the torture film. This one tells the story of a famous fashion model who is kidnaped at the height of her lonely career by someone intent on subjecting her to every creative psychological and physical torture his or her sick mind can create.

Obviously, the top content concern will be violence. And as stated, this is a torture film, but a surprisingly tame one in comparison to some of the other recent torture films, such as the latest installments of the “Saw” series. However, that isn’t saying much at all. This film opens with a man whose face is covered in plaster-of-Paris seemingly having blood pumped out of his body. And this isn’t even close to the worst this film has to offer. A subsequent scene depicts a woman having acid poured over her entire face in a segment that didn’t seem to want to end. But again, it gets worse. The climax of sick content for this reviewer came when a cocktail of human body parts and blood was blended together and force-fed to the lead character through a funnel. Also, there are numerous scenes of shooting and stabbing, one involving a child murdering a parent. Another scene that was simply sadistic involved a woman being forced to make the decision between shooting her dog or being shot herself.

Next comes the sexual content, which was disturbing. One character is shown to have been sexually abused by his mother, as we learn from his mother’s very unsettling dialogue. And we are forced to re-live the scene more than once. Also, a man and woman are shown having sex with movement depicted onscreen, but no explicit nudity is shown. In another scene, a woman is shown dancing in a bar in netted stockings that reveal her backside. One scene blurrily depicts a nude woman changing, but due to the blurriness, the scene isn’t explicit. Also present are cartoon images of nudity. The lead character shows much cleavage throughout the film.

As far as language is concerned, much less is present than in most films of this genre and rating. However, it is still quite strong, including numerous instances of the f-word. Drug content is not an issue, unless one includes the lead characters being drugged against their will and one brief scene depicting drinking.

Spiritual content is absent in this film, except for an instance of the Lord’s Prayer being recited by a victim. Due to the general flatness of the plot, there’s really nothing to derive or discuss from a Christian viewpoint, aside from the oft-cited question, “Why do bad things happen to good people?”

Now on to the film’s artistic merits. In fairness, the film did a good job with lighting and cinematography in general, making the sets feel much larger and more ominous than they were in reality. Otherwise, “Captivity” was pretty terrible. The plot was repetitive, and the film seemed to switch genres near the end. The acting was rather uneven, and the plot didn’t completely make sense. There were enough holes and unanswered questions to create another film simply explaining this one. But audiences haven’t come to expect much better from horror films, as ones that truly force the audience to think, such as “The Silence of the Lambs,” seem absent from modern cinema.

Morally speaking, this film is beyond confused. Since when does one need to slaughter an entire group of people to learn a lesson about personal fulfillment and inner-beauty? And even more puzzling is the fact that murder now somehow constitutes “self-defense.” Whoever wrote this script needs to seriously examine this film and figure out what it’s trying to say. I’d be surprised if the writer/s entirely knew.

In closing, one would be much better spent saving the admission price and renting a horror classic that actually understands that cheap jumps and mindless torture do not replace a well-crafted plot. Sadly, the movie-going audience seems to now accept exploitative sadism as entertainment. For that crowd, this film probably isn’t sadistic enough. For the rest who would like to watch something thought-provoking and worthwhile, this film is worthless. In the end, it’s bound to please no one.

Neutral
Neutral—Going into Captivity, I knew for the most part what to expect: some language and a great deal of brutal violence. Being a fan of the “Saw” series (other than the third one), I thought I would give the film a shot. In a nutshell, “Captivity” is about a fashion model who is drugged, then taken to a holding cell. Once in the cell, an unknown man gives her sort of vague instructions on certain things he wants her to do. If she cooperates, she is left in the holding cell. If she doesn’t, she is drugged and placed in a small cell, in which she is both psychologically and physically tortured.

Other than the well-made sets (the holding cells/torture room atmosphere), the film has nothing to offer. Unlike the first “Saw” (which, in my opinion, at least kept the plot interesting and even shocking), “Captivity” concentrates more on making the viewer feel disgusted, or even repulsed. Each time the lead character was shown strapped to the chair, a horrible feeling of “what are they going to do now?” came into my mind. The torture ranged from a woman having bleach poured onto her face to a woman having a drink a disgusting mixture of human body parts. Another torture scenario was even more upsetting. Other than the violence, there was some language and a brief sex scene.

Basically, “Captivity” was a poor attempt to mix the gruesome aspect of horror films with the shocking aspect of thrillers. Unfortunately, all it did was create uselessly repulsive torture scenes and a predictable plot. From both a Christian aspect and simply as a movie going/entertainment aspect, “Captivity” is without doubt not worth the money or the time.
My Ratings: Extremely Offensive / 4