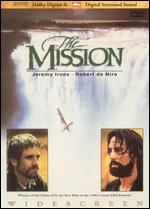 If you are looking for a fascinating portrayal of historical Christian faith and missions during the centuries past, “The Mission” is it (though not a “Christian” production itself). With that said, be warned that this strong film is not for all—it clearly is for a mature teen to adult audience. One factor that raises its interest even more is the truth behind this story. The principal characters are of the Jesuit order of Christianity.

“The Mission” is set in 1750 South America during the time of Spanish and Portuguese colonization. A group of Jesuit priests travel across the seas in an attempt to spread the Word of God (and basically to get along) among the unreached tribes. The lead is Gabriel (Jeremy Irons), who doesn’t have long to wait before His first encounter with slave traders. Rodrigo (De Niro) is a trader who seeks redemption and becomes a Jesuit. Between them, they try to intercede for the tribe when there is a legal dispute over their future.

Both sides in the dispute are using the name of God as a basis for their argument, mostly for personal gain. The movie builds up to a decision about the welfare of the tribe and explores how both sides react to it.

Some Christians may take offense at the nudity present (non-sexual, realistic portrayal of the indigenous people ala National Geographic fare). Perhaps most offensive is the violence, which is abundant especially in one scene. If these can be overcome, the different views of God and choices made on behalf of an entire people will lead to many eternal questions.

For mature audiences only.

Positive
Positive—This is my favorite movie of all time. This movie makes you think… and makes you think hard. I have always asked myself, “In the end, who was stronger? Who had more faith and courage in God?” It is very emotional and difficult to watch at times. It should be commended if for no other reason than that it tackles the question of life or death, forgiveness and war through the eyes of two interpretations of the Christian faith. Wonderful. Buy it.
My Ratings: [Good / 5]

Damon Hein, age 29
Positive—In all honesty, this is what people need to be seeing instead of “Megiddo” and “Omega Code” and “Left Behind.” This is better than fictionalized tales of future eschatology of the aforementioned movies, and shows people who have actual found Christ and followed in His footsteps during their lives. Other good historical Christian movies would be “Brother Son, Sister Moon” about the life of St. Francis of Assisi, and the CBS production of “Joan of Arc,” and the portrayal of Christians in “Amistad”. These are all good movies showing people living their Christianity in practice, and not just in their statement of faith. Also, “The Mission” and “Brother Son, Sister Moon” are two movies that show the Christian monastic tradition in good light, since the Protestant movement has almost completely forgotten about it, and also the Catholics have been getting a bad rap lately in many movies.
My Ratings: [Good / 5]

N.M. Dorsan, age 21
Positive—I first saw this film as a requirement for a college Spanish course. I like it better than any other Spanish film that I have seen. As they say, it is not for everyone (There is a violent fighting scene, which I didn’t watch after the first time). The movie is more compelling because of the truth behind it. It may be a bit of an eye-opener to some, to think of what really happened during those days of the “glorious conquest” and “widespread conversion.” The portrayal is moving and thought-provoking. I highly recommend this movie.
My Ratings: [Better than Average / 5]

L.D., age 28
Negative
Negative—We picked this film up one weekend because the back made it sound good and it was only a PG rating. Fortunately, none of the men in our family watched it… there may be a good lesson in standing up for others and following Christ, but it’s lost amongst the graphic violence and shocking nudity that permeates much of the film. Had this been released in the ’90s, it would probably have been given an R-rating. Watch with caution.
My Ratings: [Very Offensive / 3]

Charity Bishop, age 19
Secular Movie Critics
…Underlying the entire conflict is the idea that the Guaraní have lived as victims of those in power since Europeans first landed on their continent. …Like with “The Killing Fields,” “The Mission” is as much a film about indoctrination as it is about historical figures, how an entire population of people can have their values and beliefs snatched away by men with power and a political agenda. …Despite claims to speak directly for God on Earth, the Catholic Church is in the business of trading human capital for political favor… The Church of “The Mission” is…thoroughly corrupted by power… …A fittingly bleak view of the intersection of religion and politics at a time where religion and politics are intersecting in pretty bleak ways.
Matthew Monagle, Birth.Movies.Death.