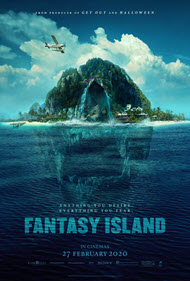 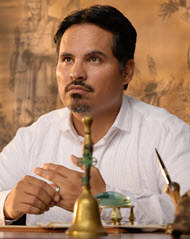 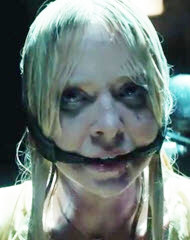 Bullying and its lasting effects on people

Dealing in a healthy way with feelings of regret 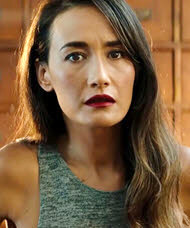 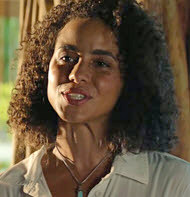 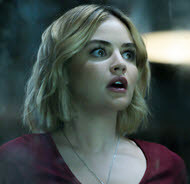 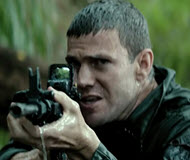 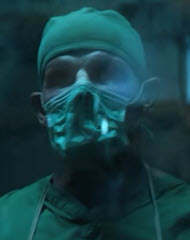 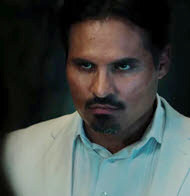 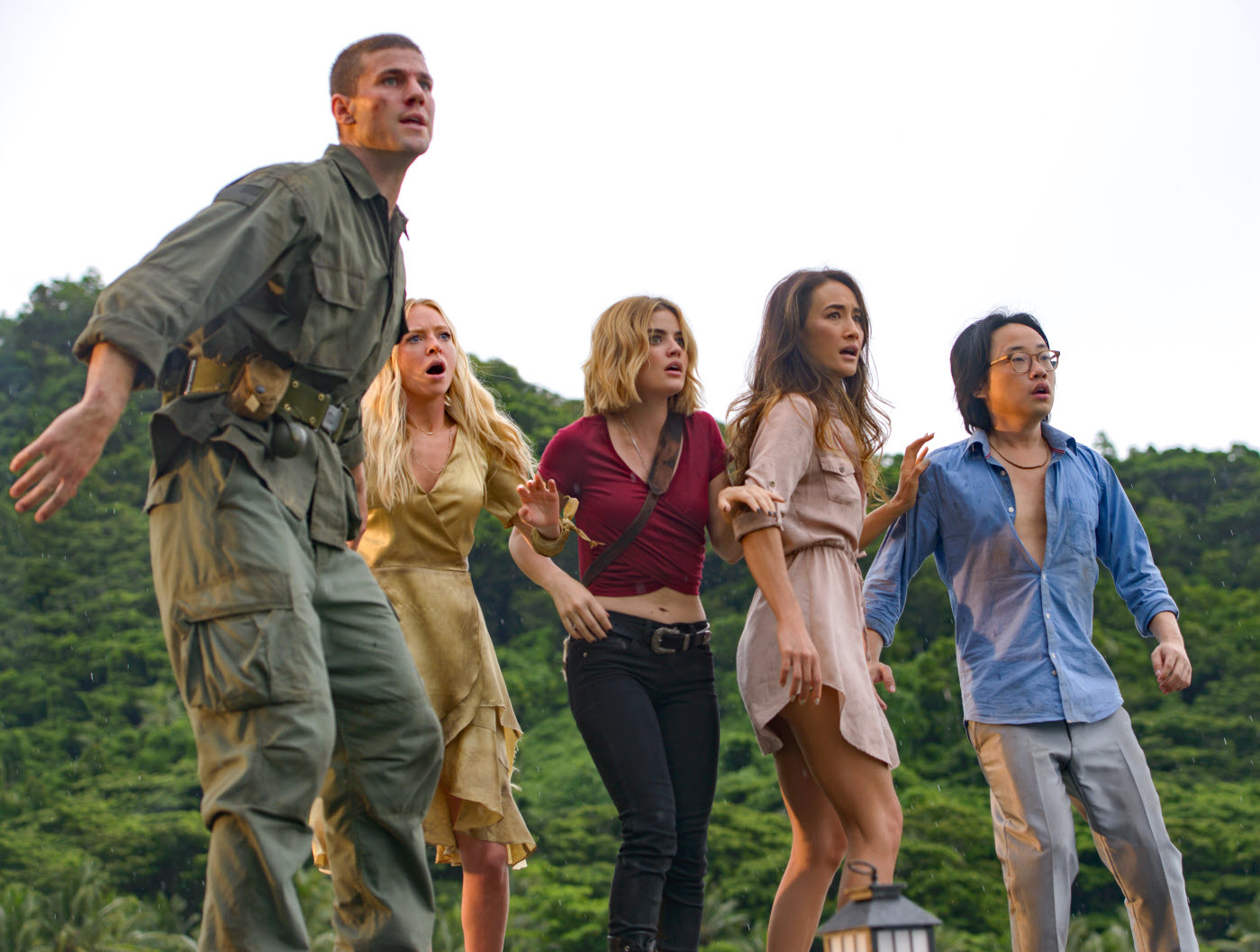 Welcome to Fantasy Island, an island where any fantasy you desire can come true, even the impossible! The island is run by the mysterious Mr. Roarke (Michael Peña) and his assistant Julia.

As it happens, five new guests have just arrived on the island: Gwen Olsen (Maggie Q), brothers JD and Brax Weaver (Ryan Hansen and Jimmy O. Yang), Patrick Sullivan (Austin Stowell) and Melanie Cole (Lucy Hale). Mr Roarke greets the group, reviews each of the fantasies they wrote in their applications and reminds them of the two rules of the island: 1) each person is allowed only one fantasy, and 2) you must see through your fantasy until the very end no matter what happens.

Of course, everyone’s fantasies are different! Brothers JD and Brax wish for a fantasy that involves living in the life of luxury. Patrick’s fantasy involves serving in the military as he was unable to do before arriving on the island. Melanie’s fantasy involves serving up some good ol’ fashioned revenge on a childhood bully. Gwen’s fantasy? Well, at first, she’s not really sure, but then she discusses—through some persuasion from Mr. Roarke—that she could go back in time and say “yes” to a former sweetheart who proposed to her and raise a daughter with him.

As the guests are about to find out, fantasies don’t always turn out the way we hope…

I’m going to get straight to the point here, “Fantasy Island” is a big, jumbled mess. The beginning of the film presents itself as a mystery with a mix of comedy and then does a complete 180°, almost immediately turning into a dark, confusing drama. Notice, however, that I have not referenced “Fantasy Island” as a horror film; that’s because it’s NOT a horror film in the sense of producing terror in the audience, although it does depict horrible acts and situations. No one in the audience seemed terrified at the screening I attended this afternoon. No jumps, no scares in the film whatsoever. Most of the audience, including myself, just sat there in silence, trying to figure out the film.

Don’t get me wrong, the film tries really hard to take a wonderful 7 season TV series and bring some new life to it. And, yes, there are some nice performances from Michael Peña, Lucy Hale and occasionally Maggie Q (whose screen time was sadly GROSSLY minuscule). Additionally, the film occasionally provides time for the viewer to enjoy the beautiful island scenery, if only briefly. But as I’ve said before, when a film is still trying to figure itself in post-production, that’s when you know it is at risk of failing at the box office (but maybe I’ll be proved wrong).

I could forgive all of that if it weren’t for the last 25 minutes of the film. Essentially the final act is supposed to serve as the “twist on top of another twist,” but all it does is negate everyone’s story and purpose on the Island and insults the audience’s intelligence. Additionally, the pacing of the final act is poor (I kept checking my watch every 5 minutes).

VIOLENCE: Many weapons are used, including handguns, rapid fire, rockets and various blades. A young woman seen running away is captured, attacked and dragged off by soldiers. A character is shown tied to a chair and gagged, and later tortured with electricity, drenched in water, and cut by Dr. Torture (a villain). A character is electrocuted. Characters are gunshot in multiple scenes. Eyeballs pop, followed by blood. A person’s eyes and head burst with blood. We witness someone having their arm being slowly sawed off (mostly off-screen). A character is seen with his mouth sewn shut. A character pushes another off a cliff and both fall to their death, and their corpses are shown. There is a fist fight leading to someone being shot. Someone’s neck is snapped. We see some hands drag a character underwater to drown. A plane is blown to bits. Various characters’ eyes and mouths gush black water. Zombie-like creatures attack people. A character in a burning building loses unconsciousness in the smoke. There is struggle and a person is knocked unconscious. A character is stabbed. Lastly, a character throws themselves on a grenade. (Note: This is a partial list.)

SEXUAL CONTENT AND DIALOG: Very Heavy. A character wakes up with her new husband in bed. Sexual dialog includes phrases such as: “Let’s get laid” (one of the brothers says this as he is getting off the plane receiving a lei from a staff member, but it seemed to be an obvious sexual innuendo). Another moment of sexual innuendo is followed by a high five followed by pelvic thrusts. A woman says to a guy, “You can bungalow with me” and “I get pretty noisy.” This same character also later talks about being “a late bloomer.” There is a phallus joke, and a brief discussion about homosexual intercourse. One character is openly Gay and proudly enters a Gay stripper tent as part of his fantasy, and the next day comments about his sexual activity. A female character states, while standing next to another female character and explaining a situation, says, “I’m her fantasy… not like that.” There are various kissing scenes. Lastly, we watch a female character, who was secretly recorded without her knowledge, cheating on her husband—having sex with another male. There is a reference to female pubic hair.

NUDITY: Moderately Heavy. Women are seen in their bra and panties on various occasions, and many are seen in small bikinis, including at a rave party. Women wear cleavage and midriff-baring outfits, and the character Chastity, wears an exceptionally small bikini with bare butt cheeks, and a comment is made about her name. Many shirtless men are seen, including some in brief swimsuits.

ALCOHOL/DRUGS: The drug used by Tupac is referenced a few times. A character is seen smoking marijuana out of a bong. In some scenes, characters are shown drinking alcohol.

OCCULT: The island is known for its mystical powers, “fulfilling your wildest dreams.” This includes bringing loved ones back from the dead, the power to create life, and creating memories out of nowhere.

OTHER: Someone with severe burns is seen repeatedly. There is some bathroom humor. Someone lies about a serious matter. A character’s nose bleeds. There is a crude racist conversation about one of the Weaver brothers looking Asian, and that there’s no way he can be related to the other brother—played for laughs by the brothers themselves.

The underlying theme of “Fantasy Island” is to be content with what we have, not coveting or lusting after what we don’t.

The Bible warns us of what can happen to a Christian who sets his eyes only on Earthly things and not on Heavenly things. It is a dangerous path to tread and one that leads only to sin.

“But each person is tempted when he is lured and enticed by his own desire. Then desire when it has conceived gives birth to sin, and sin when it is fully grown brings forth death.” —James 1:14-15 ESV

The focus, then, is storing up Heavenly treasures through our service and faith in the Lord Jesus. Additionally, when we trust God wholeheartedly in everything, He provides for our every need.

“And we know that all things work together for good to those who love God, to those who are the called according to His purpose.” —Romans 8:28 NKJV

As I walked out of “Fantasy Island” the very first thing I said was, ”Wow, what did I just witness?” As I said earlier, it’s not a good sign if during what is supposedly a horror film the audience is neither scared nor amused and just sits there… quietly… trying to figure out what exactly is going on. The back and forth between the characters’ various fantasies, frankly, got annoying—as one character would be in the middle of a fantasy and then the scene would move on to someone else. Add a large amount of foul language and lots of sexual dialog and content, and heavy amounts of violence, particularly in the final act, and you have a film that truly should be avoided at all costs by Christians—by everyone. Do yourself a favor and skip this film.