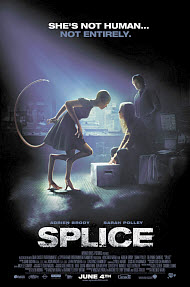 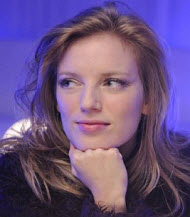 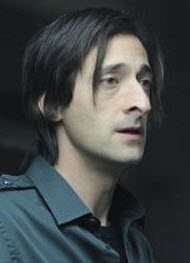 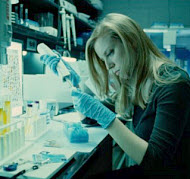 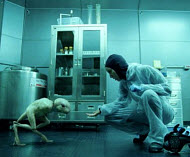 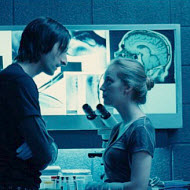 Sex outside of marriage

“Science’s newest miracle… is a mistake. She’s not human… not entirely.”

It’s not science fiction…well, not entirely. “Splice” is most easily described as part thriller, part horror, part Sci-Fi, and partly disturbing. Set amidst the backdrop of cloning, stem cell research and the like, “Splice” has an eerie tone that carries it’s intriguing story nearly to the end, but evolves into something else we weren’t expecting, and, frankly, most won’t want it to be.

The story revolves around two scientists (Sarah Polley and Adrien Brody) who are working on cracking DNA coding in mutated organisms that can enhance the livelihood, health and output of farm animals, particularly cattle, but are also working toward incorporating human DNA to help solve the mystery to, and eventually cure, genetic diseases. Their budgetary issues and shareholders, however, force them to focus on the former, but in an attempt to see how far they can push science, they begin working on, or “splicing,” something else in secret, and what they create is something that is not human, nor is it an animal. It’s a deadly mistake.

There’s a strange draw to “Splice.” One could compare it to films like “Species,” but it hits a niche with its technical expertise, beautiful CG, an intriguing story and tense underlying tone that make it a creature all its own. It relies heavily on the acting of Polley and Brody, who’s romance evolves just as the creature does and becomes more strenuous as “Dren” becomes more and more an obstacle and intimate interference in their lives. The visuals are stunning, the connections between the characters are endearing, and, up to a point in the film, it’s incredibly plausible.

These factors are countered negatively by a deeply disturbing dénouement, however, and most of what you may love about “Splice” will be forgotten in sheer disgust. It’s capped with a fascinating conclusion, one that makes you think, but it’s only a cherry on top and can’t make up for the gruesome scenes preceding it.

Splice’s problem is that, like the scientists it portrays, it keeps pushing that line it shouldn’t cross, until suddenly it’s so far over the line we can’t even see it in the rear view mirror. Up until a point, you’re may be willing to suffer through the language (7 GD, 3 profane uses of “Jesus,” 8 s-words, and upwards of 19 f-words) for the story that’s being weaved, but then it becomes too much. After a short sex scene between Brody and Polley (which is fairly short and clean), there are two others involving the creature, one of which involves partial frontal nudity of the female creature (although the nudity isn’t the main concern). This includes a scene at the end where Polley is raped by the creature, ending all hope of redemption. Although these scenes aren’t extremely graphic, the ideas behind them are, nonetheless, disconcerting. The language is enough to make you wince, and the sexual content is enough to make you squirm for days.

“Splice” isn’t a total loss. It’s beguiling at times, and charming and appealing in others, but when the gloves come off, you’ll wish you could do more than simply cover your eyes. Perhaps hindered by the unwritten “2 hour long rule” in Hollywood, the writers (including director Vincenzo Natali) seemed to run out of steam in the final act, almost as though they knew where they wanted to end it, but just could not figure out how to get there. So what is “Splice”? Well, it’s not terrible… not entirely, but it’s certainly not entirely entertaining or wholesome either.

Editor’s Note: Violence includes—but is not limited to—impalement of a cat, seeming violent drowning of struggling partly-human creature, surgery, very bloody battle between two hybrid fanged creatures, various attacks by the creature Dren, bloody human corpses hung in tree, rape, impalement of creature, and bloody head bashing. Due to this film’s violence, strong sexuality (on-screen fornication, consensual sex between a man and the creature, and a violent rape of a woman), frontal female nudity, and profane and obscene language, it is not recommended by Christian Spotlight.

Neutral
Neutral—It was really interesting up to a certain point, then the sex completely ruined it. I could’ve stomached violence and language (I was really surprised how little violence there was in the film considering it was an R rated horror film), but the sex with creature scenes really pushed the limit. Don’t see it, or if you do, watch the first 1:15 then leave before it gets bad. Really bad.
My Ratings: Moral rating: Extremely Offensive / Moviemaking quality: 2½

Mark BC, age 23 (USA)
Negative
Negative—This film starts out like intelligent sci-fi, but about halfway through devolves into the most ludicrous, morally offensive garbage I’ve ever seen. Avoid this movie! See just about anything playing at the cinema instead of this!
My Ratings: Moral rating: Extremely Offensive / Moviemaking quality: 2

Tim Blaisdell, age 46 (USA)
Negative—This movie was not good at all. I knew that there was a hybrid cloning type thing in the movie but that was not the least of it in this movie. The swearing was about as average as it gets in an R-rated movie nowadays with quite a few F-bombs and other words.

But the worst of it was the sex scenes.

***POSSIBLE SPOILER*** There are 3 sex scenes in this movie. One was with nothing visble but it was definitly implide that they were having sex. The other two scenes were so messed up and twisted. Both of the main characters have sex with this hybrid creature, one of these 2 scenes is rape.
***END OF SPOILER***

But still the fact of even thinking about trying to clone humans is inmorral and not what God wants us to do. Although throughout the movie they seem to tell themselves that this is wrong they still do it anyway. Genisis 1:26-27 asserts that man is created in God’s image and likeness and is unique among all creations. Clearly, human life is something to be valued and not treated like a commodity to be bought and sold. Please refrain from seeing and supporting this movie.
My Ratings: Moral rating: Extremely Offensive / Moviemaking quality: 3½

Zachary, age 19 (USA)
Negative—Like all the people before me have stated, this movie is one of the most morally offensive things I have ever heard of or ever seen.

The first hour is pretty good on a strictly sci-fi basis, and it was at least endurable. On the one hand, this movie is so despicably wicked that my first instinct is to never see it again (which is likely) and to advise everyone not to watch it. But, on the other hand, with immoral things, if one is old enough to distinguish and comprehend, can teach important lessons. Even the Bible contains stories of immorality that are meant to teach a lesson and be a warning. My understanding of this movie is as a warning to scientists and those thinking that they can fool around with God’s creation.

***Spoiler alert*** The gory bloodbath between the two man-made creatures during the press conference was truly revolting, and being someone who frequents horror and thriller movies, I must say I am surprised that I winced as I watched. However, the horror and the disgust it provokes is in some ways important to feel to make people understand what can happen messing with Nature as God has created it. This being said, I would NOT recommend another Christian to see this movie over any other. I have half a mind to recommend it to some of the people doing ungodly research, but I have a feeling God will teach them in his own way.

There are many other better movies to watch for someone already convinced of the need to leave Nature as is, but if one does happen across it, thinking as I did that it would be an entertaining watch, it is important to not just throw the movie out, but rather to rectify it with one’s beliefs.
My Ratings: Moral rating: Extremely Offensive / Moviemaking quality: 4