A book titled, In the Beginning, There Was Dolly, says: 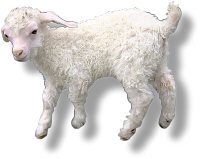 'The lamb has always been a symbol of innocence. This changed abruptly in the spring of 1997. “Dolly,” a barely three-month-old sheep, hit the headlines, displacing politicians and pop stars from the front pages of newspapers and magazines. Overnight, the fluffy white “lamb of innocence” had become a symbol of threat to human society through an eerie new technology—cloning.'1

Why all the fuss? Because 'Dolly' was a genetically identical copy of an adult sheep—a clone. She was the first such clone of a mammal (see section on Dolly).

But how do we judge cloning according to the Bible? In answering, we will first give some biological background.

The cells of a living being—whether in the skin, lungs, nose or elsewhere—have a complete set of genetic 'instructions', known as the genome. From the very first division of the fertilized egg, the nucleus of each cell formed by successive cell divisions stores the complete genetic information.

At a very early stage of embryonic development, the cells specialize (or differentiate) so that some become nerve cells, some skin cells etc. Each performs different functions, based on different parts of the genetic code. That part of the genome which is not needed for the specialized function of a gland cell, for example, is not lost but is switched off or 'asleep'.

In 1996, Ian Wilmut succeeded in awakening the hidden information of the nucleus of such a cell from its slumber (see section on Dolly).

Dolly is a copy, a clone of the sheep whose udder cell was used. A clone (from Greek klon) is an individual—plant, animal or human being—derived by asexual reproduction from another organism that has the identical hereditary components. Individuals could derive from the same cell (identical twins), or the clone could originate from the cell of another individual.

But, in spite of the fact that clones have the same genotype, they are never absolutely identical. The way an individual develops depends to a high degree on the surroundings, too (see section on Lenin).

Cloning is not a human invention. The Creator Himself planned this way of reproduction. When we plant potato tubers of the previous year, the potatoes we later harvest are just as nutritious and tasty. This is because there was no new combination of hereditary information, with one plant being pollinated with the DNA of another. They are in fact clones of the previous year's plant.

Strawberries are also propagated from runners which are actually clones of the parent plant, bearing fruit with the same color and taste.

We also see cloning in the animal kingdom. Aphids can reproduce both sexually and by cloning. In spring the first aphid generation hatches out of fertilized eggs. Later, the aphid lays eggs that start to divide without being fertilized. They are clones of the mother. Many other animals reproduce by cloning: certain bees, ants, crustaceans, and lizards. 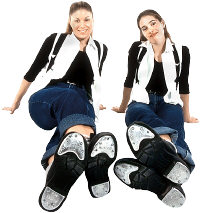 Concerning people, we know that identical twins are real clones. The fertilized egg splits in two, and each of these two 'daughter' cells develops separately. They are individual people with an absolutely identical set of genes. Because of this they have the same innate gifts and talents, as well as the same predisposition to particular illnesses. They have the same color hair and eyes, the same shoe size and the same features. But, in spite of this, they are two different people: each of them experiences the world in a unique way, and each is uniquely molded by his or her individual experiences and choices. Both have their own personality, and their own soul.

So is humanity allowed to use the cloning technique? Humans are appointed rulers over 'the fish of the sea and over the fowl [birds] of the air and over every living thing that moveth upon the Earth' (Genesis 1:28). So I see no reason why it should not be used in plants and animals. Especially where there is a benefit to mankind, such as less hunger or disease. Christ's example indicates that things (such as healing, binding wounds, peace-making, and feeding the hungry) which oppose the effects of the Curse are 'blessed'.

When humans breed wheat that can be cultivated in cold areas, or use artificial selection to get cows yielding more milk, we are also 'manipulating nature'. But of course, few would (or should) oppose such intervention. I think that God's instruction to humans to subdue the Earth (Genesis 1:28) also allows for cloning.

The world-wide fear of cloning derives from a vague and confused anxiety about a technology that seems out of control. Gunther Stockinger wrote in the German news magazine Der Spiegel, chronicling the year 1997:

“Biologists and doctors anywhere in the world could hit upon the idea of generating genetically identical copies of geniuses, top-class athletes, artists or movie stars. The person off the shelf, or "Homo xerox", would no longer be mere fiction. Even Hitlers and Stalins could be produced in the labs of bio-modellers if only one usable cell of theirs could be found.”

A major reason for this fear is that in today's 'evolutionized' world, there is no dividing line between the animal kingdom and humans, so the same ethical standards apply to dealings with both.

The Bible, however, draws a clear line between animals and humans, and gives us ethical guidelines:

Furthermore, humans are meant to have fathers and mothers, to be where possible the offspring of a sacred marriage relationship, the family ordained by God. While unfortunate circumstances in a fallen world mean that sometimes children have to be raised by only one parent, a clone could never have two parents. Thus the artificial cloning of a complete human being, because it deliberately sets out to cause such a situation, is opposed to biblical principles.

There are further reasons for rejecting the artificial cloning of humans. Each fertilized egg, including those from cloning, is a new human individual. Yet perfecting the cloning technique requires many experiments. Many individuals would be enabled to commence life, only to be deliberately destroyed. The research director of a biotechnology firm recently said,

“My own view is that the research [on human cloning] is immoral at the present time and should always be immoral. To make the technique more efficient would require a great deal of experimentation. And to get this more refined would be at the expense of having deformed babies, etc. To get it into a situation where you could clone humans efficiently would have such a history of misery associated with it.”2

Thus, while it may be right under certain circumstances to clone animals to benefit people, I think it is absolutely wrong to try to clone humans.

How Was Dolly Born?

Wilmut's experiment involved three adult female sheep. He first took an udder cell from sheep A, a six-year-old of the Finn-Dorset breed. He then fused the genetic information in its nucleus with an egg cell from sheep B, from which the nucleus had been removed. Tiny electric shocks were used to stimulate this new 'combination' egg cell to divide. Finally, the resultant embryo was implanted into the womb of sheep C, where it developed just like any other sheep embryo.

150 days, Dolly became the first sheep to be born without a father. Mice have now also been cloned from an adult. This was using a cumulus cell, a type which surrounds the ovary, and a slightly different technique. These clones have also been cloned—and these again—three generations of healthy clones. Cattle have since been cloned as well.

Dolly was the first genetically identical copy of an adult. As a fertilized egg cell progressively splits, its millions of offspring cells specialize into muscle cells, skin cells or secretory cells, for example.

It was thought that a specialized cell could never revert to become a non-differentiated cell, with all the genetic instructions to form the entire creature 'unmasked'. However, we now know that even adult mammals can be cloned. Return to text.

Would a Clone of Lenin Be Another Lenin?

While unlikely, the mummified body of Vladimir Ilyich Lenin just might still provide a complete genetic blueprint of his DNA. What if someone with sufficient technology were to use this to make a clone of the 'father of the Russian Revolution'?

Many people are unaware that Lenin was one of the most bloodthirsty tyrants of this whole evolutionized century. As a recent Time article3 said, his total ruthlessness was the model for Stalin, Mao, Hitler and Pol Pot. It cites one of the key Soviet dissidents of the era as stating that from Lenin's 'neat pen flowed seas of blood'. 4 The same writer gives us a clue as to how this scholarly intellectual could be responsible for the ruthless extermination of tens of millions: '[Lenin] was a rather kind person whose cruelty was stipulated by science …'.

Further insight comes from a speech by a self-professed admirer of Lenin, the late Australian historian, Manning Clark, while in Moscow to receive the Lenin Jubilee Medal.5 Lenin, said Clark, belonged to the 'post-Darwinian world… [he] tried to tell people about life without God—there was no God.' Consistent with Lenin's being persuaded by 'science' that evolution was fact, he 'completely rejected the Judaeo-Christian view of the world and its conception of man's place in the universe. He not only rejected the religious version of the creation of the universe and man, but, more importantly, of man's creation in the image of God and man's fall, or to use the words of Lenin's opponents, human sin.'6

So Lenin was only being logical—if Genesis is myth, we must discard all notions of absolute standards of right and wrong. So why not kill as many people as necessary to help bring about the imagined future socialist utopia?

A clone of Lenin would not necessarily give rise to a similarly murderous individual. The interaction of his (identical) genetic blueprint with the countless differences in his environment and opportunity means that Lenin's (hypothetical) offspring would likely be very different from his 'parent'.

As a human being, he would have a unique soul. He could make his own choices in all manner of areas, including rejecting the evolutionism which turned Lenin into a mass killing machine. He might even become a born-again believer in the risen Lord Jesus. So, while not justifying human cloning, (see main text) common fears about 'armies' of identical, ruthless dictators lack a factual basis.7 Return to text.

Copyright © 1998, 2000, Creation Ministries International, All Rights Reserved—except as noted on attached “Usage and Copyright” page that grants ChristianAnswers.Net users generous rights for putting this page to work in their homes, personal witnessing, churches and schools. Illustrations and layout copyright, 2000, Films for Christ