What’s wrong with being gay?
Homosexual behavior versus the Bible 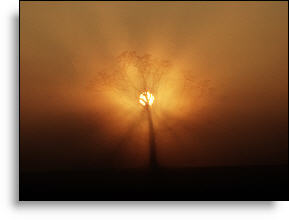 The issue of homosexual behavior has had a lot of publicity of late. Homosexuals say that the slaves have been freed and women have been liberated, so gay rights are long overdue. Society does seem to be moving in that direction. Many homosexuals are “coming out” and openly declaring their homosexuality. In many parts of the western world, homosexual couples receive the same recognition as heterosexual couples with regard to social security benefits. Some church leaders are giving their blessing to homosexual relationships, homosexual church members and even homosexual ministers.

Many homosexuals’ claim that…

Since other groups who have been discriminated against (such as women, blacks and the disabled) have been given equal opportunity, homosexuals claim that they, too, should be liberated. However, as one Christian expert has said…

In contrast, homosexuals claim that scientific studies have shown that there is a biological basis for homosexuality.

Three main studies are cited by “gay rights” activists in support of their argument2Hamer’s X-chromosome research,3 LeVay’s study of the hypothalamus,4 and Bailey and Pillard’s study of identical twins who were homosexuals.5

In all three cases, the researchers had a vested interest in obtaining a certain outcome because they were homosexuals themselves. More importantly, their studies did not stand up to scientific scrutiny by other researchers. Also, “the media typically do not explain the methodological flaws in these studies, and they typically oversimplify the results.”6 There is no reliable evidence to date that homosexual behavior is determined by a person’s genes.

To the extent that biological or social factors may contribute to a person’s bent toward homosexual behavior, this does not excuse it. Some people have a strong bent towards stealing or abuse of alcohol, but they still choose to engage or not engage in this behavior and the law rightly holds them accountable.

The final report of the Baptist Union of Western Australia (BUWA) Task Force on Human Sexuality states “that a person becomes a homosexual ultimately by choosing to be involved in same-sex activity… This is in contrast to innate characteristics such as gender and ethnicity.”7 The report affirms that “the Bible is clear that sin involves choice, and it unequivocally condemns homosexual behavior as sin.”7

The foundational teaching on marriage and sexual issues is found in Genesis chapters 1 and 2. When Jesus was questioned about marriage, He referred to these 2 chapters (Matthew 19:1-12; Mark 10:1-12). Genesis teaches us that “male and female He created them” (Genesis 1:27). We were created to a plan, male and female complementing each other. That is, God made Adam and Eve, not Adam and Steve, nor Madam and Eve.

Genesis also teaches that God instituted and designed marriage between a man and a woman (Genesis 2:18-25). There are a number of reasons why He did so.

Secular psychologists assure us that “children raised in lesbian and gay households are similar to children raised in heterosexual households on characteristics such as intelligence, development, moral judgments, self-concepts, social competence and gender identity.”6 The humanists have, however, forgotten one important ingredient.

You cannot faithfully teach God’s Word to your children while living a lifestyle specifically condemned by God’s Word. All Christians are sinners forgiven by God’s grace, but living in a homosexual relationship constitutes habitual, unrepented sin.

Gay activists claim that homosexual activity is nobody’s business other than those involved in the relationship. However, this is not true. God, our Designer and Creator, has authority over all aspects of our lives. He makes the rules, and He quite specifically forbids homosexual behavior.

Disobedience of such a clear command indicates rejection of God’s authority.

Some people claim that homosexual behavior was only condemned in the Bible because it was associated with idolatry (e.g., 1 Kings 14:24). However, it is clearly condemned apart from idolatry as well (e.g,. Leviticus 18:22). It is described in Scripture as an unnatural, immoral perversion.

“For even their women exchanged the natural use for what is against nature. Likewise also the men, leaving the natural use of the woman, burned in their lust for one another…” (Romans 1:26-27).

Some people claim that the sin involved in Sodom was rejecting hospitality customs or selfishness rather than homosexual behavior. Certainly, the outcry against Sodom and Gomorrah was great and their reported sin was grievous to God (Genesis 18:20). God sent angels to Sodom and…

“Now before they lay down, the men of the city, the men of Sodom, both old and young, all the people from every quarter, surrounded the house. And they called to Lot and said to him, Where are the men who came to you tonight? Bring them out to us that we may have sex with them” (Genesis 19:4-5).

“While it is true that the Hebrew word yadha does not necessarily mean ‘to have sex with,’ nonetheless in the context of Sodom and Gommorah, it clearly had this meaning. …It means ‘to know sexually’ in this very chapter when Lot refers to his two daughters not having “known” a man (19:8).”9 You would not offer virgins to appease a mob if their sin was lack of hospitality, but only if their desire was sexual.

Although Ezekiel 16:49 condemns Sodom for its selfishness with regard to poverty, etc., this does not contradict its condemnation for homosexual practices. “The very next verse of Ezekiel (verse 50) calls their sin an ‘abomination.’ This is the same Hebrew word used to describe homosexual sins in Leviticus 18:22.”10

It is also used in Scripture to describe such things like the practice of offering children to Moloch, but never such things as mere selfishness or lack of hospitality. Even in legal parlance, the word used to refer to one aspect of homosexual practice is ‘sodomy.’

Isaiah 56:3 states that eunuchs will not be excluded from God’s presence (“my temple”), but practicing homosexuals are not eunuchs. Eunuchs have no sexual relations at all.

Other Scriptural arguments for homosexuality can similarly be easily refuted. It is clear that heterosexual marriage is the only form of marriage sanctioned in the Bible and that homosexual practice is always condemned.

[See: What does the Bible say about same sex marriages? Answer]

The Bible not only describes homosexual behavior as detestable, but it also calls for the punishment of those involved (Leviticus 20:13). Their unrepentant attitude caused God to destroy Sodom and Gomorrah (Genesis 19:24-25).

Just as homosexual conduct has been punished in the past, so it will also be punished by God in the future.

“…Neither fornicators, nor idolaters, nor adulterers, nor homosexuals, nor sodomites, nor thieves, nor covetous, nor drunkards, nor revilers, nor extortioners will inherit the kingdom of God” (1 Corinthians 6:9-10).

However, there is hope for the homosexual. God forgives and cleanses a person who repents and turns from their sin, including the sin of homosexual behavior (1 Corinthians 6:11). As well as forgiveness, God’s grace brings with it the power to live a life that is pleasing to God (Romans 6:6-7). If repentance and reform are genuine, prior homosexual actions should not be a bar to church membership or ministry, as all Christians are reformed sinners.

“Liberal” churches espouse tolerance of homosexual behavior in the name of “love.” They plug for the acceptance of homosexual conduct as normal, “because they can’t help it.” They are not only wrong about the latter, but they are actually not being at all loving towards homosexuals, because, contrary to the Bible, they reduce the homosexual person to the level of an animal, driven by instinct. In removing moral responsibility from the person, they dehumanize them, whereas the Bible says we are made in the image of God (Genesis 1:26-27), with the power of moral choice.

Furthermore, the gospel proclaims liberation from the bondage of sin, including homosexual sin, whereas the “liberals” tell the homosexual that they cannot help it, and they can’t help them either, so they will accept them as they are! However, many a person has been gloriously rescued from the bondage of homosexual sin (and other sin) by the power of the Holy Spirit, but only Bible-believing Christians can offer such hope.

As with all moral issues, our beliefs about our origin determine our attitude. If we believe that we arose from slime by a combination of random chance events and the struggle for survival, it is understandable to say that there is no higher authority, and we can make our own rules. However, if there is a loving God who planned us and gave commands for us to follow, then we must do so. God has set forth His standards in the Bible, beginning with the foundational teaching in the book of Genesis.

More on-line information on this topic

Discover God’s promise for all people—told beautifully and clearly from the beginning. Discover The HOPE! Watch it on-line, full-length motion picture.

Copyright © 2004, Creation Ministries International, All Rights Reserved—except as noted on attached “Usage and Copyright” page that grants ChristianAnswers.Net users generous rights for putting this page to work in their homes, personal witnessing, churches and schools. Illustrations and layout copyright 2004, Films for Christ