What about gays needs to change? It may not be what you think! 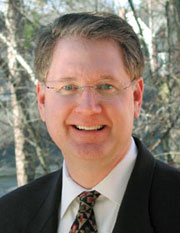 I am aware the question in this article’s title presupposes a change of some sort is necessary. My presupposition is grounded in the authority of God’s Word. Secondary to that—I am a Christian and a former homosexual.

Having now used that inadequate and puzzling term former homosexual, let me try to decipher the lingo and properly answer the question.

A story will help. A man glances out his home window and sees his neighbor. The neighbor has his pick-up truck backed to his side door, both the storm and main doors are propped open and a refrigerator blocks the doorway. Obviously the fridge is being moved and help is needed, so the friendly onlooker rushes to help his red-faced neighbor.

“Need a hand with that refrigerator, Fred?” asks Steven as he throws himself into the task. “Sure do! This thing weighs more than I thought!”

Fred and Steven throw their muscular arms around the appliance. With sweat rolling down their faces, they grunt and strain as the fridge moves a quarter of an inch then stops. They reposition their arms. The fridge barely sways even though both men are winded. After wrestling with the stubborn refrigerator for a full ten minutes, Steven gasps “Fred, I don’t believe we’re ever going to get this thing in the house.” “In the house!” exclaims Fred, “I’m trying to get it in the truck!”

The point is apparent—without a clear and focused understating of what direction the homosexual needs to go, he will progress no further than the refrigerator.

What needs to change?

An illustration will help. Imagine a very thin lady seated at a dinner table. She fidgets with her food, spoons it from one side of her plate to the other, eats little if anything, then excuses herself from the table.

“How can a visibly gaunt woman eat so little or not at all?”, we ask. Our observation could lead us to two premises—either she dislikes food or she is not hungry. If we accept the first premise—that she dislikes food—our sympathetic approach might include a variety of recommendations.

We inquire about the type of food she does like—maybe fast food, Mexican or Chinese. If not perhaps the immaculate look of a seven-course meal appeals to her appetite. Perchance she prefers her food prepared a certain way—broiled versus fried, rare versus well done. If none of these recommendations help, she could have sitophobia—a fear of food.

Let’s now assume the second premise—that she is not hungry. If this suspicion is true she may be suffering from a malfunctioning metabolism. We make a doctor’s appointment for her. The physician suspects a thyroid condition and orders blood work. And it’s possible she has hypogeusia—a diminished sense of taste.

But as persistent as we’ve been, all approaches make little difference in this lady’s eating habits, or lack thereof. She eats very little and infrequently! Our methods have been genuine, compassionate, and justifiable. We have devoted considerable time in our quest to correct the dilemma, but to no avail.

The puzzle comes together

However, if we learn this woman is anorexic, our approach changes dramatically and immediately. We realize our initial assumptions and strategies are ludicrous and laughable because they do not bear on the primary issue—a distorted self image. 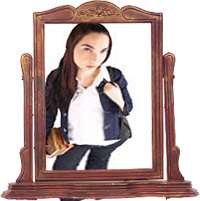 When this self-starved lady looks in the mirror she sees an obese lady looking back and no amount of persuasion will convince her otherwise.

When this primary issue is addressed, her food intake as well as the frequency of her eating increases. But take note—her increased eating is a byproduct of confronting the main issue—a distorted self-image. And I use the term image not only from a clinical perspective but a biblical one. Genesis 1:26-27 reads,

“And God said, ‘Let us make man in our image, after our likeness’… So God created man in his own image, in the image of God created he him; male and female created he them.” (Emphasis added)

Society in general and churches in particular mistakenly believe freedom from homosexuality is marrying, having 2.3 children and a dog in the back yard. A 2001 secular study on the possibility of change shows the depth of this ingrained “doctrine.” Dr Robert Spitzer, a Columbia University professor interviewed men and women who said they used to be homosexual; I was one of many he questioned. As beneficial as his study was and as much as I appreciate the visibility it gave to change, his study measured heterosexual function of the former homosexual—again missing the real issue.

“But” you ask, “don’t homosexuals need to become heterosexuals?” No! Scripture never states nor implies all people must be heterosexual; it does say explicitly, however, that we are to avoid all forms of sexual immorality, which includes homosexuality. With that in mind have we not at times given the impression that homosexuals must “convert” to heterosexuality? Jesus did not say “Go and make [heterosexuals]”; He said “go and make disciples.”

The opposite of homosexuality is holiness

As I wrote earlier, the term former homosexual is inadequate if not inappropriate. We mistakenly think a person who has found freedom from same-sex attractions is now heterosexual. The former homosexual man or woman may now experience heterosexual feelings, but heterosexuality should never be his nor the churches’ goal. Heterosexuality is in many cases, but not all, a byproduct of the homosexual’s dealing with the primary issues—a distorted self-image and faulty thinking—both of which Satan uses to “gain control.”

singleness is not a sin, immorality is

The church will do well to remember that singleness is not a sin, immorality is.

What all this means is that most of churches’ advice to the homosexual misses the mark entirely!

Telling an adult gay son “you just need to date more; you haven’t met the right girl” is senseless. Suggesting your lesbian friend “marry, settle down and everything will work out” is imprudent. Many gay men and women have married, thinking marriage will “heal” them and in most cases the consequences have been disastrous.

Some, hopefully not Christians, suggest a gay man “find a woman who can make you a man.” While I’ve never heard a Christian give such advice, I did have a twenty-seven year old gay man share the following with me. He said he was fifteen when his “Christian” father learned of his homosexual struggle. To “help” his son the father bought him a subscription to Playboy magazine. That’s equivalent to serving roast duck to the anorexic.

One married struggler told me his well-meaning pastor recommended he have more sex with his wife. Although the Bible does command conjugal rights (I Cor. 7:3-4), the pastor’s advice bypassed the real issue.

Another pastor prayed with an unusually handsome and struggling man, then told him “I’ve got a really nice girl in the church I want you to meet.”

A Christian friend who knows my testimony, met my wife Lisa and said “I can see why you left homosexuality; your wife is beautiful.” While he is correct that Lisa is beautiful, his statement, like so many, represents a global ignorance on the subject. If attractive women were the remedy for male homosexuality, there would be no gay men.

Many gay men ask me how to cultivate a romantic/sexual attraction to women. I tell them that is not the issue; the issue is a distorted/broken image. (I have often thought how devious our adversary is. He not only confuses men and women regarding their sexual identity, he also confuses them and the church as to what healing really is, thus compounding the problem.)

Not a means to an end

During my own journey out of homosexuality I made a significant discovery—Jesus Christ is not a means to an end. He is the Alpha and the Omega, the First and the Last, the Beginning and the End. I did not go to Christ to get something else, namely heterosexuality. I went to Christ to get HIM!

When we learn this truth, we will witness prison doors falling off their hinges and chains disintegrating.

Copyright © 2003, Cross Ministry, All Rights Reserved—except as noted on attached “Usage and Copyright” page that grants ChristianAnswers.Net users generous rights for putting this page to work in their homes, personal witnessing, churches and schools.