What are some of the ways in which the Bible and the Roman Catholic Church differ?

1. Salvation through Faith by Grace Alone 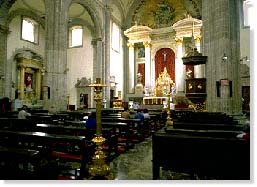 Note: In an effort to accurately represent the teachings of the Roman Catholic church, references are cited from an authoritative source, the new Catechism of the Catholic Church, imprimatur from eminent Cardinal Joseph Ratzinger and the “Holy See,” copyright 1994. Ratzinger is Prefect of the “Congregation for the Doctrine of the Faith.”

Salvation through Faith by Grace Alone

Rediscovery of the biblical doctrine of justification by faith alone, more than any other truth, ignited the Protestant Reformation. On what grounds is a sinner accepted in the presence of a holy God? Acceptance is based on the “righteousness of God in Jesus Christ” (see Romans 3:19-24 below). It is a righteousness wholly outside the sinner, accomplished by Christ, and imputed to him through the one God-given means—faith in the Savior, acceptance of His gift of eternal life.

Now we know that whatever the law says, it says to those who are under the law, so that every mouth may be silenced and the whole world held accountable to God. Therefore no one will be declared righteous in his sight by observing the law; rather, through the law we become conscious of sin. But now a righteousness from God, apart from law, has been made known, to which the Law and the Prophets testify. This righteousness from God comes through faith in Jesus Christ to all who believe. There is no difference, for all have sinned and fall short of the glory of God, and are justified freely by his grace through the redemption that came by Christ Jesus.
—Romans 3:19-24 (NIV, emphasis added)

For it is by grace you have been saved, through faith—and this not from yourselves, it is the gift of God—not by works, so that no one can boast.
—Ephesians 2:8-9 (NIV, emphasis added)


Man is justified by baptism plus faith, plus additional works (see Catholic Catechism Ref. Nos. 1265-1271, 1987-1995). The Holy Spirit’s transforming work in the sinner becomes the grounds, along with faith, for justification. Most good Catholics are therefore very concerned with “being good enough,” “meriting,” and “earning” their salvation.

The Catholic Catechism says of baptism, for example:

“Baptism not only purifies from all sins, but also makes the neophyte ‘a new creature,’ an adopted son of God, who has become a ‘partaker of the divine nature,’ member of Christ and co-heir with him, and a temple of the Holy Spirit” (Catechism 1265, emphasis added). “… Justified by faith in Baptism, [they] are incorporated into Christ; they therefore have a right to be called Christians” (Catechism 1271).

Continued on NEXT PAGE in this article